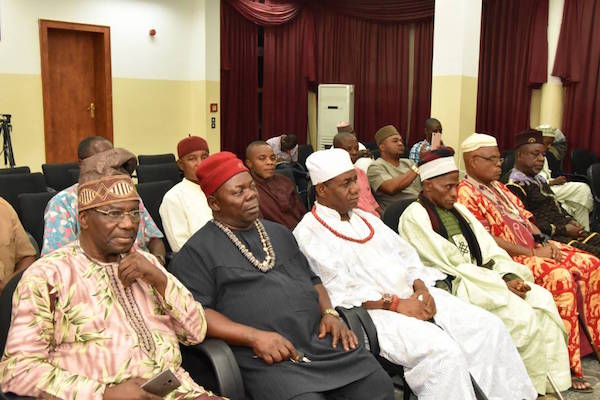 Some Igbo leaders based in Kano say those who abducted children from the state and trafficked them to the south-east must be punished.

Last week, the Kano police command announced that it had arrested eight suspects who specialise in the buying and selling of minors and trafficking in persons.

The police said members of the group were traced to Onitsha in Anambra state and nine kidnapped children were rescued.

In a statement on Wednesday, Ebenezer Chima, president-general, Igbo Community Association in Kano, and Boniface Ibekwe, Sarki Ndigbo, condemned the action of the suspects.

They called on the police to deal with them in accordance with the law.

“We are recommending a stiff penalty for the culprits to serve as a deterrent to others who may be nursing ambition for such nefarious act,” the statement read.

The duo commended Abdullahi Ganduje, governor of Kano, and Muhammadu Sanusi, the emir of Kano, over the manner in which they handled the issue.

The Igbo leaders also commended the security agents “for their proactive investigation and synergy that led to the recovery of the victims”.

“The leadership, therefore, enjoined Igbos in Kano to remain law-abiding and go about their legitimate businesses without fear of molestation,” the statement read.

On Monday, the Muslim Rights Concern (MURIC) had sued for calm over the issue.

In a statement by Ishaq Akintola, its director, the group asked Christians to expose the “bad eggs” among them.