Home News Karen Akpagher And Premiere Academy: The “Truth” They Are Trying To Bury By Noah Christopher
News

Karen Akpagher And Premiere Academy: The “Truth” They Are Trying To Bury By Noah Christopher 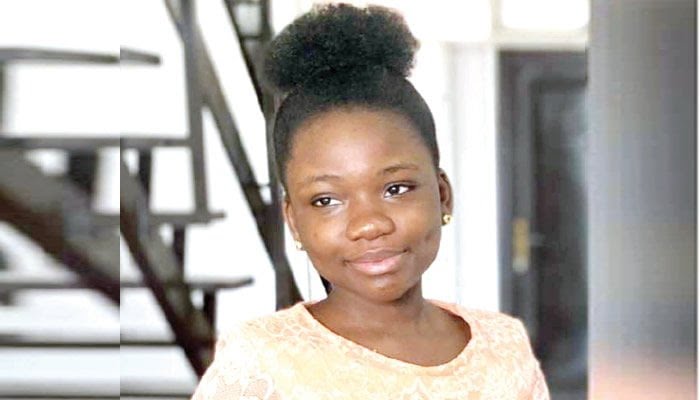 Nearly six months ago, Premiere Academy entered the media spotlight when news broke that one of its students, Karen Happuch Akpagher, had died in a hospital in Abuja. The news of the death of the 14-year old diabetics’ patient which occurred on 22nd June, 2021 soon became a hot issue as several media stories authoritatively claimed she was raped to death, sodomized and forced into an oath of secrecy to booth.

Expectedly, the Nigerian Police, first through the FCT Police Command and, later, the Office of the Inspector General of Police, promptly commenced investigations into the matter same June, leading to an autopsy conducted in July. Several other government agencies such as the Ministry of Education, the Directorate of Quality Assurance, National Human Rights Commission and a few other external bodies also waded into the case by conducting probes and investigations on diverse scales and to cover different angles. The Premiere Academy PTA and Board also conducted internal investigations. However, despite all the probes, answer to the key question of Who/What killed Karen has not been found. Interestingly, none of these probes has indicted the school or led to halting its operation.

Perhaps, tired of waiting for official police reports on the autopsy and investigation and seeking to prevent the issue from being swept into silence, Lemmy Ughegbe, an Abuja based journalist, human rights activist and school proprietor instantly activated his NGO, Coalition of Gender Based Violence Responders, to promote the cause of championing justice for Karen Akpagher. With Karen’s mother by his side, Lemmy Ughegbe and GBV Responders have launched a coordinated multi-pronged advocacy spanning media and political institutions, with the aim of getting the death of Karen hanged on Premiere Academy. The evidence, according to the media interventions by the group, is a report allegedly issued to the Akpagher family by Queen’s Hospital, Abuja that said decomposed condom particles were found in the late teenager’s genital, in addition to dead spermatozoa. No audio or video recording of the victim accusing the school or any staff of raping or sexually molesting her; no notation on rape or sexual molestation in the victim’s diary (from which a few media stories have lifted entries); no conclusive report from the autopsy witnessed by all parties and supervised by the police; no report from the police or any private investigator has surfaced to back the claim of rape to date.

Perverting Cause of Justice…

In what appears like frustration by the failure of the coordinated campaign to nudge the relevant state and non-state institutions into a mob-styled condemnation of the school, the GBV Responders has further accused the school of blocking the Akpagher family from getting justice. The coordinated social media campaign to push this viewpoint claimed because the owner of the school is a highly connected Nigerian, he was using his connection to obstruct justice for Karen. However, to accuse a school that has opened its doors to and provided its officials for not less than sixteen (16) investigations, invitations, probes and interviews on this Karen matter by several interested bodies from June 25th to December 9th of persecuting the cause of justice seems unfair. Curiously, a check at the school revealed that the GBV Responders that has been championing this claim was one of the NGOs that visited the school on July 3rd to conduct an investigation. Others that have also visited the school, apart from the Police, include the Federal Competition & Consumer Protection Council (2nd July), Directorate of Quality Assurance,     FCT Headquarters (2nd July), NAPPS, FCT Chapter (9th July), Abuja Municipal Area Council (9th July), Federal Ministry of Education (8th October), Association of Nigerian Female Students, FCT Chapter (22nd July), NANS, FCT Chapter (22nd July) and FCIID (Severally between 9th November and 9th December).

None of the visitors has accused the school of non-cooperation or obstructing investigation. This may be what has prompted the school to continue to declare that it has nothing to hide and would always welcome every noble effort made to get to the bottom of this sad event.

In trying to prove its innocence and disprove the charge of perverting the cause of justice, the school said it has written three letters to the police pleading for the public release of the autopsy report and report of investigation in the case. From copies sighted, the first letter dated 27th August 2021 was addressed to the FCT Police Command while two other letters dated 1st December 2021 and 6th December 2021 respectively were addressed to the Inspector General of Police. While the police acknowledged receipt of the three letters, it has not responded to any of them or granted the school’s prayer. It is doubtful if the school’s action fits the charge of obstructing the cause of justice

Twisting the story to fit a purpose…

It appears in order to get the school hanged for the allegation of rape, efforts had to be made to show that Karen left the school premises on the 19th June in “serious pains and barely able to walk” (to quote a respected columnist and social commentator who has weighed in on the matter) when she went home, never to return to the school.

Facts are sacred. So, here are a few incontrovertible facts our investigation turned up on how Karen left the school campus on a fateful day.

First, she was picked from school by her mother in person (together with an uncle of hers who had always been coming to pick and drop her on the mother’s instruction). She walked out of the school gate unaided, carrying her luggage to meet her mother. Her mother received her; they rode in the same vehicle and was taken home by her mother. It is doubtful that if she was in pain and unable to walk or manifesting any sign of unwellness, the mother would not make immediate contact with the school and/or take her straight to the hospital. But, the mother drove with her from the school without any complaint and they went home together.

Moreover, she was at home with the mother from 19th to 21st when the mother said she developed a health crisis that made her to be taken to the hospital IMMEDIATELY on the 21st.

School’s CCTV clips on YouTube (https://youtu.be/hqOa2jg_Ym8) show Karen in school from 17th June to the moment she exited school on the 19th. Before leaving school, she went to see an ophthalmologist outside the school, on the mother’s instruction, same 19th June. School’s academic record also shows she wrote CA tests on Friday, 18th June.

Could a 14-year old have been so superhuman to hide her pains effortlessly and appear bubbly while undertaking all the multiple tasks that filled her day in the manner the late Karen did?

The late Karen, it should be recalled, was a Diabetics patient constantly under strict health watch. She had been diagnosed to be diabetic since age nine years.

DNA As a way pointer…

The House of Representatives has directed that a DNA test be conducted on the all-male staff of Premiere Academy, to fish out the alleged rape culprit. While the directive is commendable, our investigation shows that there is a need to even cast the net wider in view of certain peculiarities uncovered about the Akpagher family environment.

For instance, it was discovered that Karen has two elder brothers who were also students of the same Premiere Academy with her. While one graduated in 2020, the other was still a student in the school until after the unfortunate event.

She also has a custodian uncle who, it was discovered, was always going to pick and drop her in school. Unconfirmed report said this uncle organised a birthday party for Karen and some of her friends in a restaurant in town on April 10th to mark her 14th birthday. The uncle, it was further learnt, took her to the party.

It was also learnt that the same uncle picked only Karen from school during the id-el-fitri break on 12th May while leaving his brother behind to observe the break in school. This, from the investigation, was found to be a departure from the regular practice of picking and dropping both students together.

Upon further probe, it was discovered that while the said Salah break was meant to end on 16th May, Karen was only returned to the school by her uncle on 23rd May, clear 7 days after the resumption.

She was to die one month later; allegedly from a rape incident whose features, according to her mother and GBV Responders, left decayed condom particles in her genitals.

With the late Karen surrounded by two brothers who have their other male friends visiting the Akpagher home as well as an uncle who was found to have been mostly responsible for picking and dropping her in school, it is only fair and commonsensical to look way beyond the school in order to unravel the question of who could have raped the teenager, if indeed she was raped.

For justice to be done and seen to be done in the case of Karen Akpagher, the police need to release the autopsy and investigations reports. So many questions begging for answers may remain unresolved until the Police reports are released. According to a cross-section of analysts’ opinion, all parties in the case – the Akpagher family, GBV Responders and Premiere Academy – should jointly and individually put pressure on the police to do the needful rather than continue to throw mud around and promote wild, unfounded accusations. Unless the mud throwing is designed to achieve an end that the larger public does not yet know.

Karen Akpagher And Premiere Academy: The “Truth” They Are Trying To Bury By Noah Christopher was last modified: December 14th, 2021 by Online Source