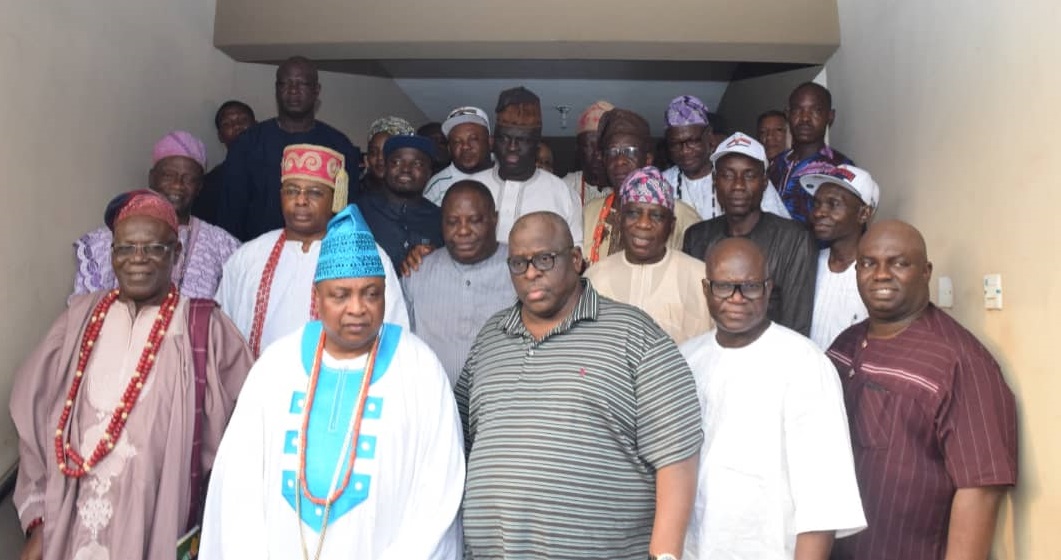 Monarchs in Remoland have described the Governorship Candidate of the PDP in Ogun State, Senator Buruji Kashamu as “a son of the soil“.

Speaking in Sagamu on Wesdnesday when Kashamu visited the Remo Traditional Rulers-in-Council, the Akarigbo and Paramount Ruler of Remoland, His Royal Majesty, Oba Babatunde Ajayi expressed gratitude to the monarchs in Remoland for joining him to receive “our son”.

He expressed the hope that when Kashamu gets to office, he will not forget the traditional institution as promised.

Oba Ajayi also commended the Governorship Candidate for giving priority to the issue of local government autonomy, adding that it was one issue dear to his heart.

He added that they had been receiving other governorship candidates but this was an exception.

“He is the only who has come with a policy document and a letter of undertaking so that we can hold him accountable should he depart from his promises. I would like to appeal to all the Kabiyesi to please read the policy document, ” Oba Ajayi said

In his remarks, Ewusi of Makun-Sagamu, Oba Timothy Akinsanya, commended Kashamu for the leadership traits and political maturity that he displayed on the 13th of January, 2019 when some hoodlums acting on the instructions of a member of the House of Representatives attacked his supporters and destroyed his campaign vehicles in Sagamu at the New Year/Thanksgiving Service of former Ogun State Governor, His Excellency, Otunba Gbenga Daniel.

Oba Akinsanya prayed for Kashamu and asked God to make his aspiration a reality.

Oba Ajayi presented to Kashamu the Remo Growth and Development Plan, which he said, is usually presented to “special people who stand a good chance of assuming leadership“.

The plan, he added, was put together by the Remo Foundation.