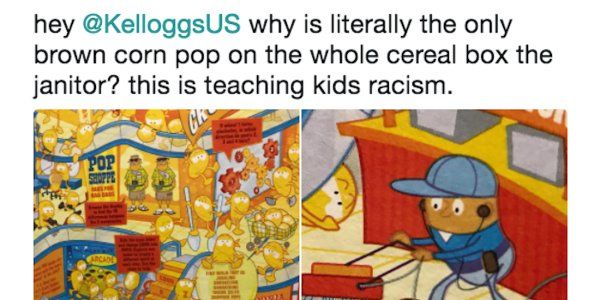 Kellogg’s has apologized for the design of its Corn Pops box after it was criticized because it is “teaching kids racism”.

“hey @KelloggsUS why is literally the only brown corn pop on the whole cereal box the janitor? this is teaching kids racism.”

Kellog’s replied the tweet saying that it did not intend to offend and will update the design. 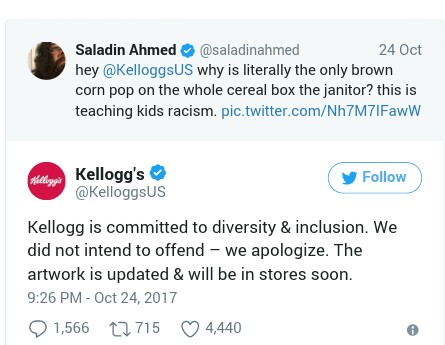 “Kellogg is committed to diversity & inclusion. We did not intend to offend – we apologize. The artwork is updated & will be in stores soon.”

@saladinahmed has been opposed on Twitter for being overly sensitive and making a mountain out of a molehill.

Kellogg’s apologises over Cereal Box Artwork that is “teaching kids racism” was last modified: October 27th, 2017 by Arinze Ago

Students are most vulnerable to emotional abuse...