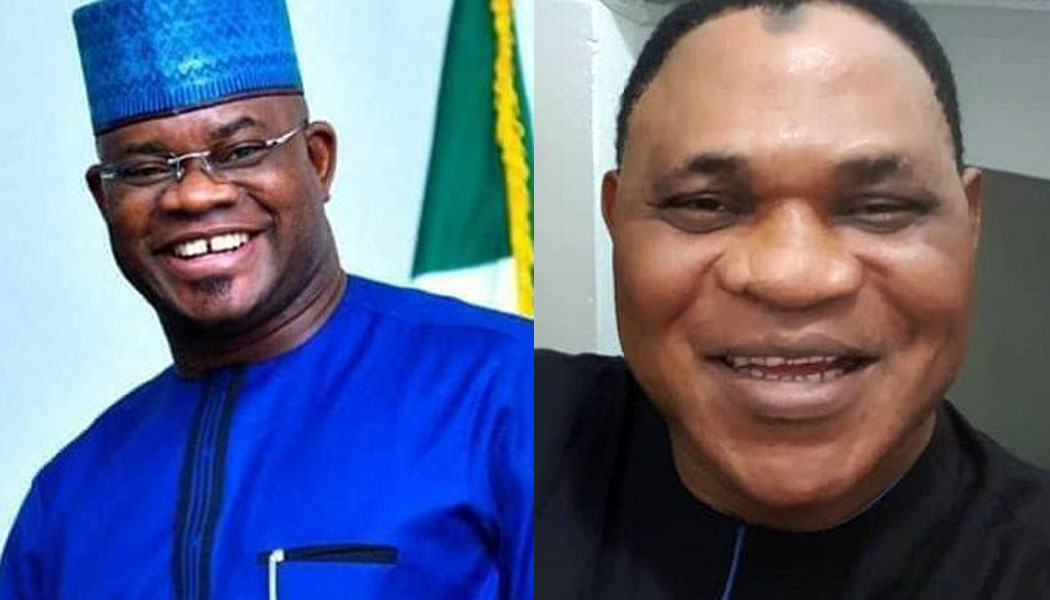 The governorship candidate of the Peoples Democratic Party (PDP) in last Saturday’s election in Kogi State, Mr. Musa Wada, yesterday rejected the declaration of Governor Yahaya Bello of the All Progressives Congress (APC) as the winner of the contest by the Independent National Electoral Commission (INEC), saying he would seek redress at the election petition tribunal.

The electoral body had earlier in the day, declared Bello as the winner of the tense election, stating he polled 406,222 votes to Wada’s 189,704 votes.
In Bayelsa State, the PDP’s candidate in the gubernatorial tussle, Senator Douye Diri, who lost to APC’s David Lyon, also rejected the unfavourable outcome of the poll and asked INEC to declare him the winner; otherwise, he would challenge the outcome.

Notwithstanding the rejection of the outcomes of the elections, which were marred by widespread irregularities and violence, President Muhammadu Buhari has congratulated his party’s candidates on their victories and urged them to partner him to work for the betterment of their states and Nigeria.

Announcing the results of the Kogi governorship election in Lokoja, the Returning Officer, Professor Ibrahim Garba, said Bello, who is the incumbent governor, having satisfied the requirements of the law, was returned as the winner.
The candidate of Social Democratic Party (SDP), Ms Natasha Akpoti, came a distant third, with a total of 9, 482 votes.

However, there was a mild drama after the announcement of the results as the PDP agent at the collation centre, Mr Joe Agada, who had earlier raised many objections while the collation was going on that were ignored, declined signing the final results sheet.
He said he could not sign as the results declared were not the true reflection of what happened on the field on Saturday.

Agada told the gathering that based on the alleged distortions, the PDP would seek redress in the tribunal.
While reacting to his victory, Bello expressed gratitude to the people for re-electing him and described his re-election as a victory for true democracy.

Bello, in a statement by his Director-General, Media and Publicity, Mr Kingsley Fanwo, said he would be spurred to do more.
He said: “This victory is for Kogi people that value true democracy. And we can assure them that Governor Bello will not abandon his campaign slogan, which expresses his desire to do more for Kogi people.

“We thank the people of Kogi State who voted for us. We also thank Kogi people who did not vote for us; they have challenged the governor to do more for them to earn their confidence.
“We urged the Peoples Democratic Party (PDP), to act to exemplify the spirit of sportsmanship by accepting the verdict of Kogi people. We also thank the party hierarchy for throwing their weight behind the governor.”

Wada Heads to Tribunal to Challenge Result of Kogi Poll

However, Wada has rejected the conduct and outcome of the gubernatorial election, saying he would be approaching the election tribunal to challenge the results.
He told journalists in Abuja that given the widespread irregularities and violence that led to the disenfranchisement of many voters, there was no way he or his party would allow the results go unchallenged.

He said: “It is clear to all there was no election on Saturday, November 16th, 2019 but a declaration and execution of war against the people.
“What happened in Kogi was an organised war against democracy; coup against the people and seizure of power through brigandage and the barrel of the gun with members of the police and other security agencies coordinating the stealing of the people’s votes.

“The police aided armed APC thugs to invade polling units with impunity, shoot and kill voters and carted away ballot boxes to government facilities where results were written in favour of APC and handed over to INEC to announce against the will of the people.”