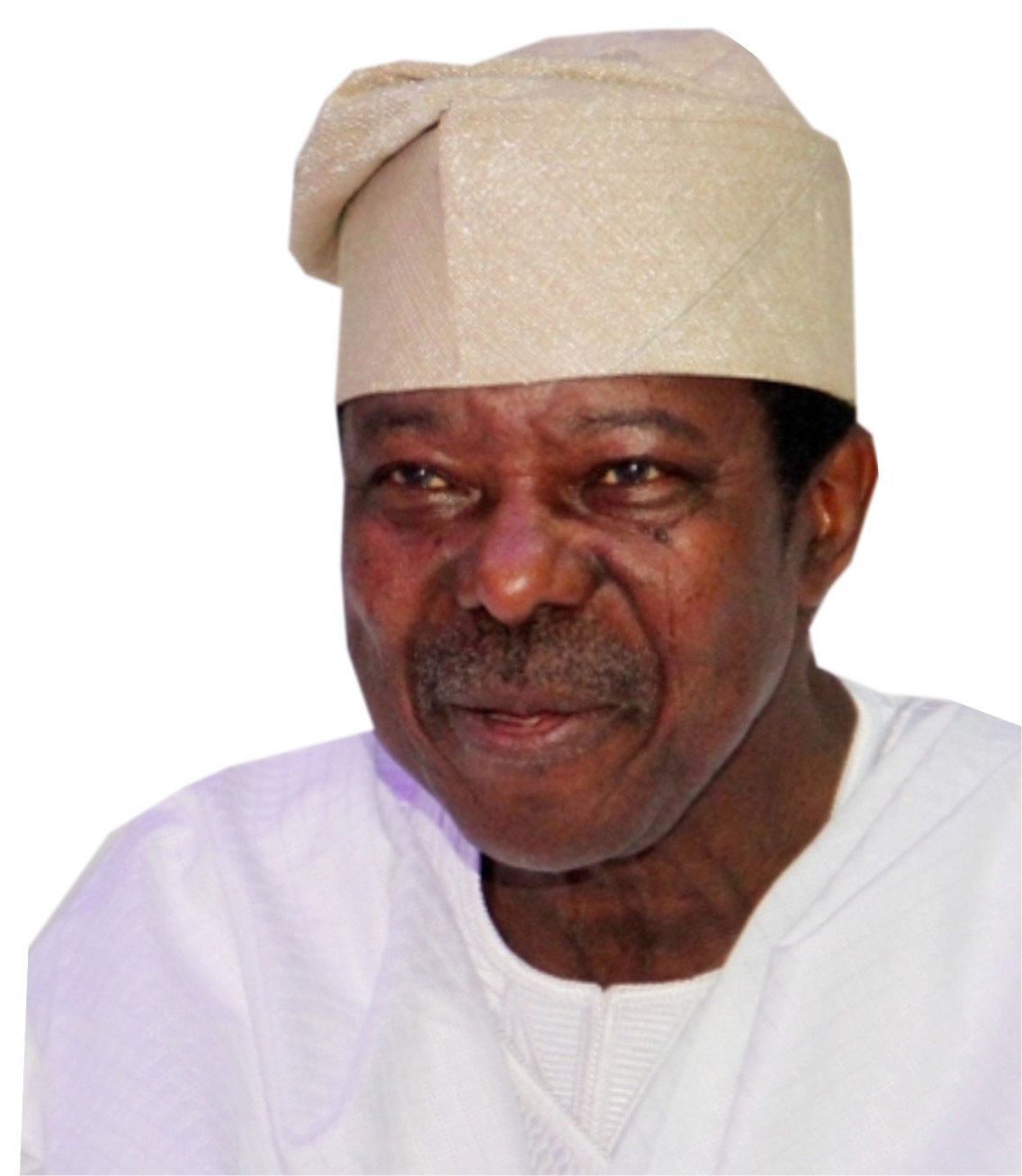 •As KSA Prepares To Storm OBEY’s Birthday On 3rd April

Not many people know that King Sunny Ade & Evangelist Ebenezer Obey are close friends. They have been friends for decades. And this is authoritative.

City People can also reveal that KSA & Obey will also be coming together again on Sunday 3rd April 2022 when Obey will be celebrating his 80th birthday in grand style. As you read this, KSA who lives in Ondo is preparing to storm Lagos, to worship with Evangelist Ebenezer Obey at Obey’s 80th Birthday Anniversary Thanksgiving Service taking place at Decross Gospel Mission, Agege. Many don’t know the music icons are best of friends although Obey is 4 years older than KSA.

When King Sunny Ade clocked 70 in 2016, Ebenezer Obey was one of the veteran artistes who were in Ondo town to honour the Birthday Boy. Not only did Obey Commander travel to Ondo, he spent 3 days. He arrived in the ancient town on the evening of Tuesday 21st September 2016 and left on Thursday 23rd, back to Lagos. Not only that. Obey cancelled all his engagements to be with his brother, both of whom have dominated the Juju music landscape for over 50 years. Over the last 5 decades, both Obey & KSA had rocked the music scene as no other artiste has done.

When Ebenezer Obey turned 75 five years ago, KSA was the main artiste. He did the opening performance and sat with Obey at the celebrant’s table. Not only that KSA cut short his trip to the US where he went to attend his son’s wedding, all to be with Obey.

Both have a lot in common. They are both Oldskool. They are both in their 70s, with Obey being 4 years older. What has been the nature of their relationship since they met in the 60s? How does Obey see KSA?

When KSA was 70, you spent 3 days in Ondo. That says a lot about your love for KSA…

First and foremost I want to give thanks to Almighty for KSA’s life. It is God that allows a person to witness 70 years here on earth. So I see KSA’s 70th birthday as a thing of joy. I am happy for my brother. And I am congratulating him again on his birthday and I pray that the Lord will give him sound health and more success in life and attain greater heights for the remaining days, years he will be spending here on earth in Jesus name.

How did your relationship start?

I believe God brought both of us together and to have reigned together for several decades now. And the Lord has been so good to both me and KSA. What has happened to me and KSA can only be from God. We have stayed on and on for several years despite all the challenges. That can only be God and not man. That is why I appreciate what the Lord has done from our early ages to this time, God has been so merciful.

How did you meet KSA?

It all started well over 50 years ago. But we thank God by his own infinite mercy he has kept us. I thank all those who have helped us in the past like the media, for your contributions. It’s been a very supportive one and also a big thank you to all our fans all over the world. On behalf of King Sunny Ade and myself, I want to say a big thank you to all of you.

Our relationship started many years back when KSA was with his former boss, Baba Sala. And I was with Fatai Rolling Dollars. We started from that point. But I started my band before him. And when he started it was a good thing that he came on the scene and we were happy together. And ever since then we have been good brothers and friends.

Both of you play Juju. But you play 2 different kinds of Juju and you have both kept it going for decades can you analyse the 2 of you musically?

How were you able to manage your musical careers that you never clashed all through?

They know what to expect. Of course, KSA has his own stage showmanship and his Guitar. He is known for that. That is why both of us are known for different identities.

You have your way of entertaining your fans when you are on stage. You don’t dance like Sunny does. You only dance on a particular spot in a Jelenke way Why did you adopt this style?

Yes, I have my own style of simple movement on the stage and I concentrate more on the power of my music. The power of my music is intense, it is consuming. People cannot listen to my music and not be moved. People cannot listen to Obey and sit down without dancing. People love to listen to meaningful lyrics that I render all the time and the beating of my music is irresistible. You can’t hear my music and sit down. It moves people. It takes you to want to dance. I have stuck to my simple movement on stage. I have always wanted to be myself. And I have always been myself.

When you and KSA started out and began to grow big, how did you manage the rivalry and competition?

There was nothing like Rivalry and Competition. You, people, call it that. KSA has always been my friend. I have said it several times, and I am going to say it again.

Let me tell you the truth which most people don’t know. There has never been a time that there was a fight between me and KSA.

But people believe you have quarrelled so many times. How come?

No. I am telling you the truth. KSA and Ebenezer Obey have never fought or quarrelled. We are closer than people think. People just say it. At a point, when the talk about Obey and KSA quarrelling because hot years back, Adeolu Akinsanya and I.K. Dairo of blessed memory, called both myself and KSA to a meeting. We went there and they told us we are hearing rumours of a fight, that both of you are fighting. Are you fighting? We both laughed. They were shocked. They asked: What is the cause of the fight? He kept on laughing. I looked at Sunny.

Sunny looked at me. And we busted into laughter. We now told them that there has never been anything like that between us. They were shocked. The 2 elders then said, if that is the situation, you two go and sing and tell your fans and the whole world that there is no fight. We did. That was in 1968.

I too sang my own and I referred to it the way Adeolu Akinsanya and I.K. Dairo said it. I sang the song Oro ija emi ati Sunny Ade a o fi igba kan ja. There has never been any fight between us. That was how we resolved that controversy which had no basis in truth. And ever since we have been more friendly, more brotherly. So close is Sunny and I that, many atimes in the past, Sunny used to come to me for counsel. He will tell me things and will ask for what I think.

He comes to my house. I go to his house too. We exchange visits. That is why up till today we are friends and we remain friends. People don’t know we are close. When it was time for us to do the Oleku Concert for instance where the 2 of us performed, it was KSA who came to me to discuss it, that someone wants to bring us together to perform.

He was the one who came to me to tell me about the show and that he thinks it’s a good idea and I said fine. I said KSA if you approve that is fine. That is how close we are. If I have anything to discuss with him. Thank God we have kept that bond together. And it is growing stronger. I thank God I later went into the Ministry and Sunny too now is a child of God. We thank God for all that God has done.

When both of you meet, what do you and KSA talk about?

We talk about our music, our business. How we can move it forward. We share experiences. I share my experience with him. He shares his own with me, like that so, it has been a very cordial relationship.

What is the future of Juju music? And how come you and KSA have managed to be relevant for over 5 decades, year in year out?

I can proudly say that Juju music has sustained some other music Ayinde Barrister (of blessed memory) was very, very close to me. I used to advise him, I used to talk to him, I used to share ideas with him. That is why when you see Fuji today, you will see Juju’s influence in it. There is no kind of instrument that we use in Juju that they don’t use, that is an influence. I am saying I am part of that influence. There are a few things Sikiru Ayinde took from me.

By the time I started using Bata, Sikiru Ayinde came to where I was playing in Abeokuta and he said haaa! Commander, I like this Bata that you are playing sir. Me too I will copy this sir. I said okay. Go ahead. You have it. Anything you want you can have it. Later, he started playing the keyboard and all that. Today, when you listen to K1, at times when Wasiu wants to play Fuji he injects Juju into it.

He plays Juju music and you will know this is real Juju music. So all their aspects of Juju they introduced into their music I am part of it and I am happy that has sustained Fuji music. That is what we want. We want progress. All music must develop and be progressive. So when we want to talk of Juju music which is a major contribution, I have contributed it, to uplift Fuji music.

Many were surprised that you spent 3 days in Ondo to celebrate with KSA. How come you devoted a lot of time to KSA?

Yes. Haa. It’s because of 2 reasons. When I was 70, KSA and I celebrated it together. He was with me and we were together throughout that my celebration. It has come to his turn now I have to support him.

When my 2 children were wedding at Tafawa Balewa Square, we played. There is nothing I do that I don’t get Sunny involved. That is how it has been. It is my joy to have been in Ondo with him last week. I was happy and I had a nice time. With him and I will always be with him for other celebrations. In 4 years’ time, he will also be 80. I wish him everything I wish myself.

READ ALSO: HOW GOV. BUNI BOUNCED BACK AS APC CHAIRMAN