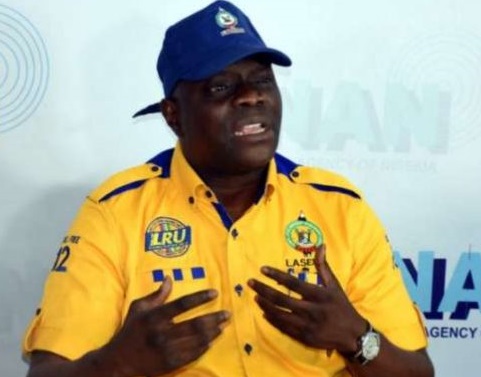 A 35-year-old labourer, Ezekiel Ajibola, was killed when a three-storey building under renovation by Keystone Bank collapsed in Palm Grove area of Lagos on Saturday.

“The concrete canopy attached above door level on ground floor collapsed due to inadequate reinforcement under the weight of concrete and was probably added on as an afterthought.

“The workers were working this evening around 7 p.m. and one of the artisans was apparently polishing the floor tiles, whilst another was at the top.

“The canopy collapsed on the artisan on ground level and he lost his life,” the LASEMA boss said.

He, however, said that the area had been cordoned off to prevent any secondary incident while the recovery operation was completed at 9:30 p.m.

Oke-Osanyintolu said that Lagos State Fire Service, Lagos State Building Control Agency (LASBCA) and police were at the scene and concluded joint efforts to retrieve the remains of the victim..

Bobrisky In Serious Pain From Pile, Cries Out From Cell