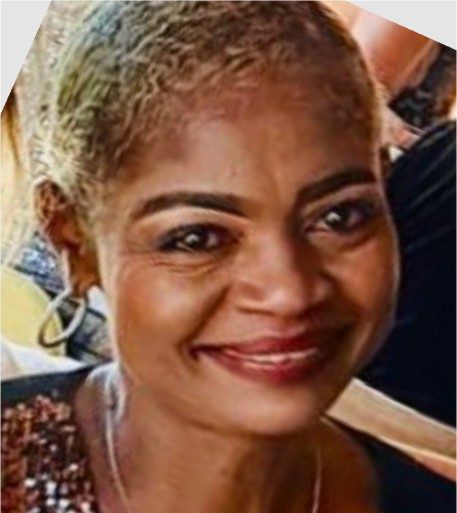 The first memorial service organized in honour of late High Chief Hyacinth O. Nwokocha and his first son Oliver O.C Nwokocha was actually celebrated on Sunday 2nd of January,2022 in a way that retained the good memories of the good work of the patriarch of the family who passed away on the 10th of January 2019. In the same vein, his first son Mr. Oliver O.C Nwokocha, a United States of America based Senior Journalist who passed on 2018 was also buried on December 2019 within 10-days interval of 17th and 27th of December, 2019 at the Palatial Country Home of High Chief H.O Nwokocha in Eluama Abueke Uboma District of Ihitte/Uboma Local Government of Imo State.

For the Memorial church service that took place at Holy Ghost Parish of Catholic Church Abueke Community, Rev. Fr. Augustin Ikechukwu Nwankwo.- Family friend, Rev. Fr. Francis Ifeanyichukwu Nwachukwu— Parish Rector.Rev. Fr. Princewill – – former curate of our parish all clergymen who officiated in the service admonished parishioners to always remember the days that they live on earth as every deed is being recorded and at the judgment day. Hell or heaven awaits them on their last journey.

For the great family of late High Chief H.O Nwokocha who got married to his only wife Charity Onugo Nwokocha and begot nine successful children among who are Catherine, Francis, Steven, Ngozi, Ifeanyi, Nwabueze, Amaka and Stanley Nwokocha. For late High Chief H.O Nwokocha who spent greater days of his active working career in the then Ministry of Education in the Eastern Region of Nigeria, giving his children and community people the best of Western education was a priority to which he succeeded in having different professionals, Lawyers administrators and Scientist and Linguist as his biological children among who seven of them had their education completed abroad. In the Umudike and Abueke communities of Uboma District Late High Chief Nwokocha on various occasions worked assiduously to having brilliant sons from the community who travelled abroad for further studies. A case in mind was the send-forth Church Service organized for his brother late Professor Martin Alugbue who was the first indigene to travel overseas where he was Chairman of the occasion. Again, he did the same for Charles Alugbue who was the second son of Abueke to travel abroad to the United States of America-USA for further studies.

In the words of the second son, Barrister Steve Ike Nwokocha “My father was a double Chief, High Chief Hyacinth Nwokocha, was a very nice person to the community. If you come to the church you will see that we have about seven people doing the same thing that we are doing today but all those people came here as well. They left all that they were doing and came here. That shows you how much this man, our late father, was loved in the community. He is well known because he spent his life in the Civil Service and if you check most people in the Civil Service today from our community majority of them were employed because of my late father. In those days, if he’s going to Enugu he will take them along and if he’s going to Aba he will take them along, you know Civil Service and all that involves transfers. He made sure that he engaged all the people around him. So, most of the people around here came to thank him even at his death, saying that my father did this and did that for them and all that. So, he is well-loved as he’s a good man, very kind to a fault. Like there is a saying here in our community that “Ebute Ebutere Nwokocha” That is to say “when you have your problem, you bring it to Nwokocha “.

On his community engagements for his people of Abueke, Barrister Steve Ike Nwokocha said “if you look at the Church, he’s instrumental to the building of our church, Holy Ghost Parish Catholic church Abueke Uboma. I can remember while I was small when he was fighting for the church to make it a Denary where other church outlets look up to in terms of administration. Like the Townhall, he built it with his own money, like when they asked for a piece of land the woman who owned it refused to give it out. When my father came, he went and bought it and gave it to the community to build Townhall. That’s one of the things he did. There are so many things he did for his community. On scholarships, he paid school fees for so many indigent children. My father was somebody who loved education. When he came in contact with a child who’s brilliant and he didn’t have money to pay school fees, my father would encourage the person and he would help to send the person to school. Like I can tell you about Professor Martins Alugbue who’s late now, he‘s the person who supported him in his education and he, Professor Alugbue travelled to the United States of America USA for further studies. He later became the Vice-Chancellor of Imo State University. My father was instrumental in his travelling to the USA to study. That’s a little bit of them as I can’t tell you all for now. Another is Professor Alloy Ejiogu from Abueke Uboma who became Minister of Interior who complained that when my father died, we didn’t tell him so that he can come and tell the world who our late father was.”

For the remembrance church outing ceremony, the First son of the Nwokocha Mr Oliver O.C Nwokocha who lived 45years in the United States of America -USA but died at the age of 65 years old. He was a vibrant Journalist and editor of Detroit City Newspaper in Michigan state in the USA. He got married to the daughter of Alabo Graham Douglas, Nigeria’s former 4-terms Minister of the Federal Republic of Nigeria. The wedding ceremony that took place in the USA had former Nigeria’s Vice President Alhaji Atiku Abubakar before he emerged as Vice President as the Chairman of the Holy matrimony ceremony. But the marriage crashed before Mr Oliver O.C Nwokocha passed on in 2019. He travelled to the United States of America immediately after the Biafra-Nigeria Civil War in the 1970s.

The tombstones of the two deceased High Chief Hyacinth O. Nwokocha and that of his first son, Oliver O.C Nwokocha may look like a home for comfort for a life well lived as Late High Chief H.O Nwokocha whose traditional chieftaincy title glitters in the cosy last resting place being the mausoleum. This reflects vividly on his status in the society as the tiled granite tombstone and pictorial display of the effervescent magnifying personalities of the Patriarch of the family and that of his first son glitter in the well-constructed edifice. The mausoleum bearing handrails and surfaced well-tiled marble ground floor will pass for a Kingly congregational assemblage of the saints of which High Chief H.O Nwokocha having served God very well in his lifetime is currently enjoying the blissful abode with the angels in attendance to his needs.

The clergymen from Holy Ghost Parish of Catholic Church in Abueke Uboma community after offering short devotional prayers for the souls of the departed Faithfuls cut the tape that officially opened up the mausoleum. The family members were all gathered at the mausoleum and prayed for by the clergymen with special emphasis on the well-being of the living and legacies of the patriarch of the family Late High Chief H.O Nwokocha being forever remembered here on earth as he planted so many trees in Abueke community where he was born and lived.

The 8th child Mrs Amaka Veronica Rea nee Nwokocha, who is married to Mr Peter Rea a British citizen has much to show for her love of the patriarch of the family being her beloved late father. She’s a University of Port Harcourt trained graduate and a Spain based realtor and Estate merchant who is a fashionista and Chief Executive Officer of Arena Apartments in Marbella Spain and she’s the CEO of Arena Couture a top Fashion outfit for upwardly mobile babes while she was a resident of Port Harcourt City in Rivers State Nigeria. Delectable Mrs Amaka Veronica Rea had a robust Secondary School education at the prestigious Federal Government Girls’ College FGGC Calabar, Cross Rivers State. While at FGGC Calabar Amaka Veronica Rea was a prominent figure in the inter-Collegiate Schools’ Debate and Dramatic Club contests where she excelled against ivy Colleges like Hope Waddel College and Saint Patrick’s College all in Calabar, Cross River State Southern Nigeria.

She is a very versatile woman and one of the popular daughters of Higher Chief H. O Nwokocha. She enjoyed her late father’s favour as a child with much exposure to meetings the patriarch held or attended. Her ability to communicate effectively didn’t come as a surprise to many who have known how she was very close to her late father, who helped a lot of his people in being empowered economically through the acquisition of sound education that equipped them for a successful and better life in the future.