Home News Lady lures man she met on Facebook, arranges for him to be robbed in Imo
News 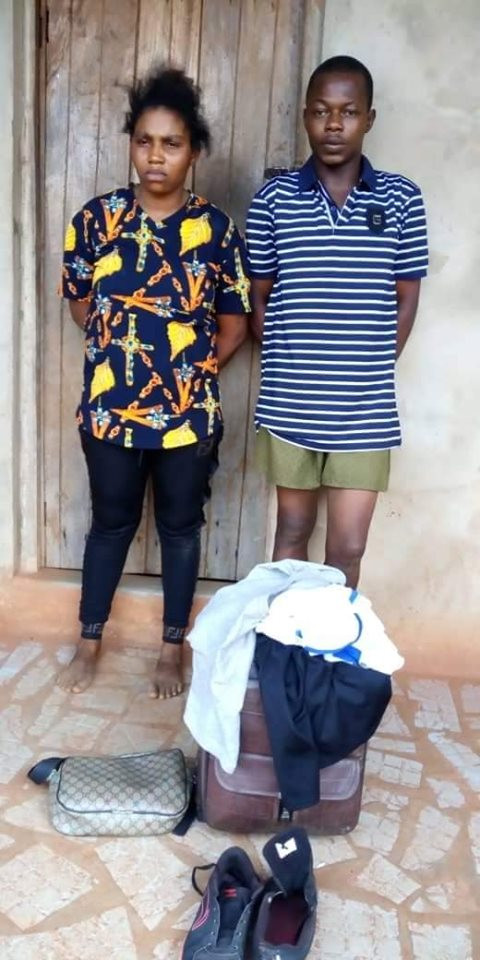 The Anambra state police command have arrested Ogochukwu Onourah ‘f’ aged 27 years of Ilongodo, Ogidi in Idemili North LGA of Anambra State, for luring her male friend on facebook, Emerole Ikechukwu, from Imo state to Ogidi and arranged for him to be robbed.

According to a statement from the police, Ikechukwu from Irete village Owerri, had reported at the Ogidi Police Station that a female Facebook friend lured him from Imo State to Ogidi and that upon arrival at about 1:15pm, the supposed friend directed a bike man who picked him and took him to the bush where was robbed at gunpoint of his money cash sum of Seven thousand Naira (#7000), his ATM card where another sum of Ten thousand Naira (#10:000) was withdrawn and other valuables.

Following the report, Police detectives attached to Ogidi Division traced and arrested one Abuchi Mba aged 23 years of Ikenga Ogidi and recovered Ikechukwu’s bag containing his clothes from him.

Discreet investigation also led to the arrest of the Ogochukwu.
The police say the suspects will be charged to court soon. cts have confessed and effort is ongoing to apprehend other fleeing accomplices in order to bring them to Justice.

Lady lures man she met on Facebook, arranges for him to be robbed in Imo was last modified: May 5th, 2019 by Reporter