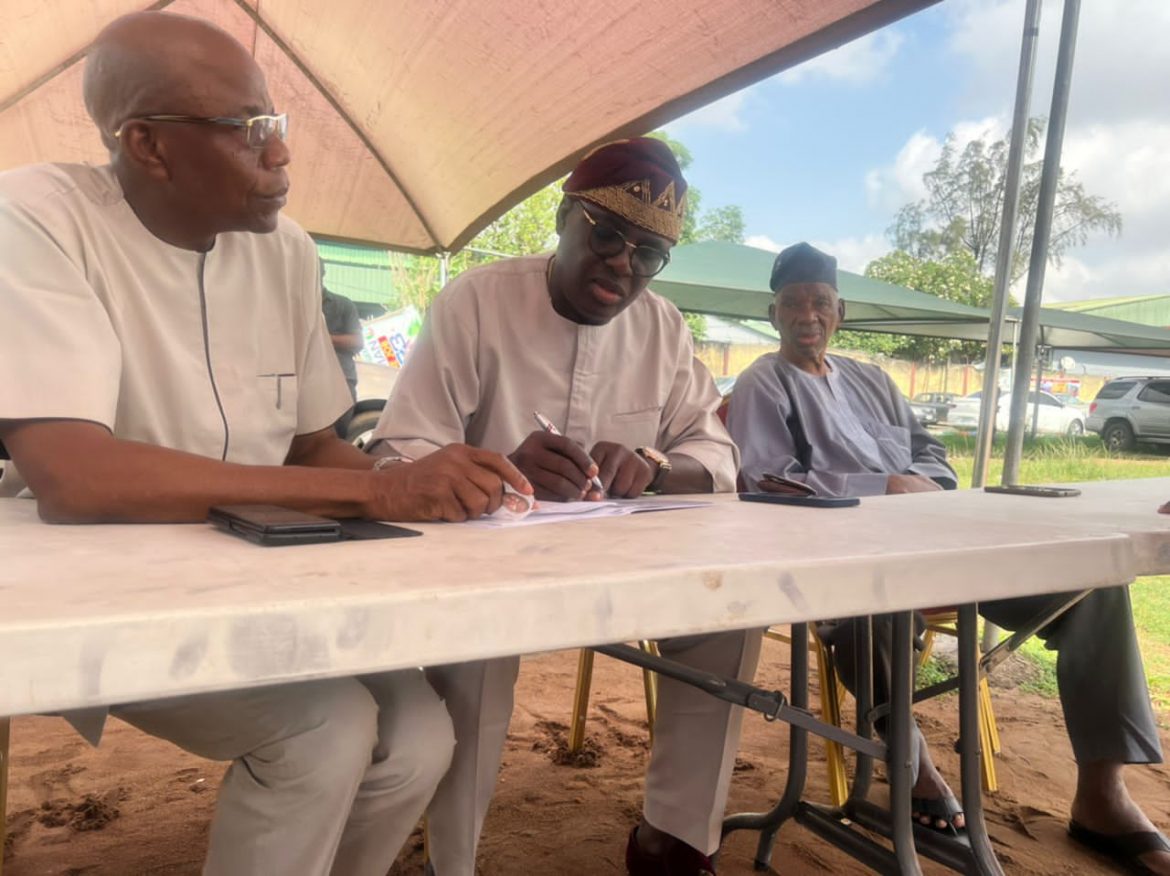 The State Party Secretariat of the All Progressives Congress (APC) in Lagos State was a beehive of activities on Tuesday 3rd May, 2022 as key Party stakeholders were called to append their signature on the nomination forms of the leading Presidential aspirant of the APC in Nigeria Asiwaju Bola Ahmed Tinubu and the Governor of Lagos State Mr. Babajide Olusola Sanwo-Olu who is seeking re-election.

Comrade Ayodele Adewale who is a APC party stalwart in Lagos State was present with other critical stakeholders that gathered at the APC Lagos State Secretariat on Acme Road, Ogba, Ikeja to sign the forms.

Addressing newsmen after signing the nomination forms, Comrade Ayodele Adewale referred to Asiwaju Tinubu as a rallying point for all true progressives in Nigeria considering the tremendous role he plays as a leading light to other politicians.

Comrade Adewale called on all party faithfuls to harness the needed support in ensuring that the national leader of APC and former Governor of Lagos State clinches the ticket to become the Party’s flag bearer.

Comrade Ayodele Adewale also commended the GAC for endorsing the re-election bid of the Lagos State Governor Mr. Babajide Sanwo Olu, saying that he had performed exceptionally well over the space of 3 years by consolidating on the master plan set over 20 years ago by Asiwaju Bola Ahmed Tinubu in transforming Lagos to a mega city.

What they do not tell you about Soya bean oil