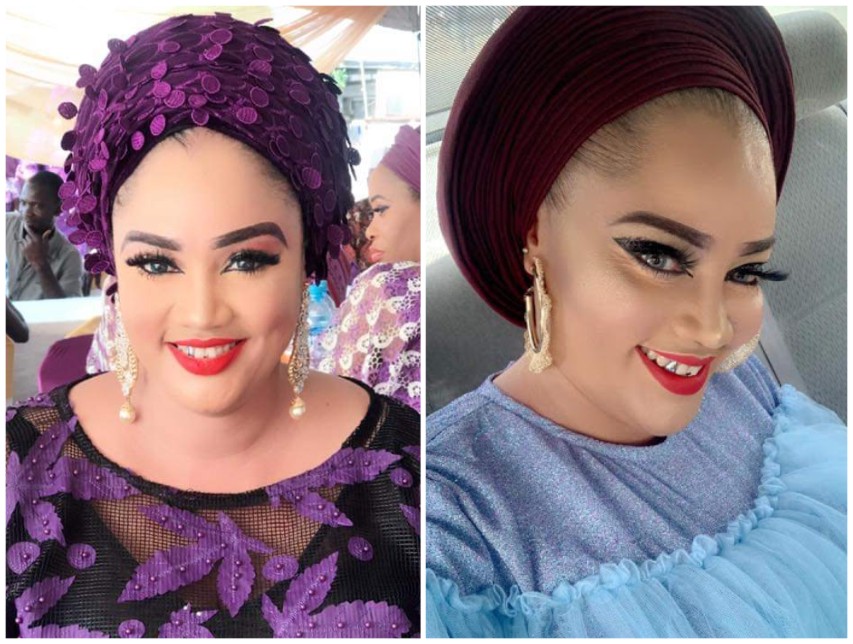 The question which came to the minds of many Lagos Society Babes when they heard about the sudden death of “Bukky Sanni a.k.a Bukky white BLINGS” , one of Lagos Jewellers and Fabric Merchant was, what could have happened? What could make Hajia Bukky die exactly 6 months after her Grand 40th birthday?

How did she meet her death? What exactly happened to her? What circumstances led to her death? The best way to describe Hajia Bukky White Blings is Flawless. She was one of Lagos happening babes whose beauty made many love her. She was a sweet pretty woman with a very flawless skin. She was close to many Lagos Babes.

Bukky was tall and Curvy. Her hairline will make you love her because it was full. She is like 5. 9 feet tall which good body shape with complemented her flawless skin. Her skin has no blemishes and those who know her say that she doesn’t bleach nor use any cream except pure moistorizer. This is o ne of the reasons why many are pained by her death because she was such a paragon of beauty. But how did the mother of 2 meet her untimely death?

Well, it was a cloudy day on sallah day 12th Wednesday 2021 and just like every Muslim all over the world, she was full of praise as she went about her usual chores in her house. Though Hajia Bukky was blessed with 2 housemaids yet this fateful day, she decided to visit the kitchen herself.

She was said not to have prior knowledge that her maid had opened the gas but she went straight to the gas stand to open the gas and ignite the fire. This was said to have resulted in Gas Explosion which caused serious damage to her skin. An eye witness revealed that help came quickly and she was rushed to the hospital.

Investigation revealed that she wasn’t responding to treatment and she was taken to 3 different hospitals before she gave up the ghost this week. Hajia Bukky with the name “Bukky Blings was buried on 29th of May while 8days Fidau was held in her honour at Riskat Ojikutu Street, behind County Hospital, Ogba. Many Celebrities stormed her 8th day fidau to honour her. A quick visit to Bukky Blings Page shows her last post on Instagram was on May 9th which was just 3 days before the gas explosion.