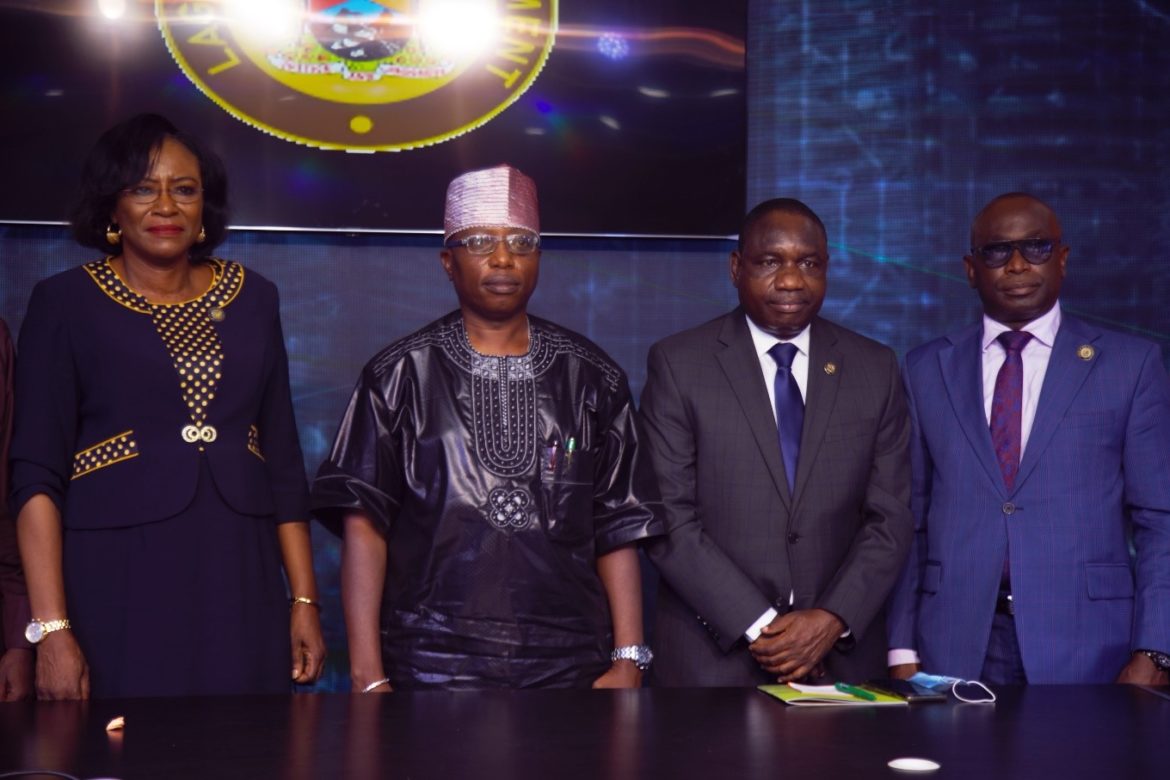 The government also disclosed that it mediated in 12 boundary disputes among communities across the state.

Commissioner for Local Government and Community Affairs, Dr Wale Ahmed disclosed this at this year’s Ministerial Press Briefing to mark the second year of Governor Babajide Sanwo-Olu’s administration in office.

Of the 18 Obas, he disclosed that five were First Class Obas and 13 others, Second Class Obas.

According to Ahmed, the Ministry had also leveraged on the meticulous effort of the Standing Tribunal of Inquiry on Chieftaincy Matters to ensure that Chieftaincy matters were resolved in a way and manner that had efficiently reduced acrimony in the various communities.

He said the welfare and capacity building of Obas and Chiefs in the State had remained a priority of this administration and that the Ministry had ensured that the priority of the governor was actualised.

“This has also ensured continued improvement in Government-traditional rulers’ relationship, such that traditional Institutions are working in tandem with the State Government to ensure that the dividends of governance reach the grassroots.

“Between June 2020 and March 2021, the Ministry through the Chieftaincy Department has successfully installed 18 Obas (Traditional Rulers). Of these 18 Obas; 5 are First Class Obas and 13 are Second Class Obas. It is important to note here that these installations were conducted peacefully because of mediation that resulted into harmonious resolutions in all the ruling houses.” He said.

On boundary matters, Ahmed stated that the Ministry had ensured communal peace at the grassroots, especially in communities that had boundary issues, through its prompt and periodic arbitration and adjudication, thereby averting situation that might result into breakdown of law and order.

In his words: “This has ensured peaceful communal existence and zero-level of communal clashes. The resultant effect is the ease of doing business and continued economic growth as Lagos residents undergo and undertake their daily businesses without fear of chaos or communal clashes.

“This has been effective because the ministry has in the past one year leveraged on the good relationship the State Government has with Traditional Leaders and Community Leaders.”

The commissioner added that members and leaders of communities were equally being engaged continually to ensure peaceful co-existence among residents.

“The Ministry is presently adjudging twelve (12) boundary disputes in the State. Two (2) of these boundary issues have been resolved while the rest are ongoing.” He said.

Ahmed further stated that the Ministry, through the Monitoring Department, in conjunction with the Public Affairs Unit, conducted enlightenment campaigns on the importance of environmental sanitation and desilting of drainages across markets in the 57 LGs/LCDAs of the State and also engaged Community Development Associations in this effort.

He said ongoing and completed projects, programmes and activities embarked upon by the 57 LGs/LCDAs were also monitored and inspected to ensure that all projects met the State Government’s standards.

On community development, he said in the year under review, the Ministry engaged citizens at the grassroots through monthly meetings held with Communities and engaging the Development Advisory Council to discuss sustainability of government programmes, policies, projects, activities, initiatives and innovations, among others.

Ahmed noted that with the participatory involvement of over 4,000 CDAs across the 57 LGs/LCDAs, the Ministry had engaged the grassroots and had continued to enjoy support and cooperation of these CDAs, CDCs and CDAC.

“The synergy has resulted into many self-help projects, community policing, maintenance and security of public infrastructures and government projects in their various communities.

“In appreciation of the efforts of the CDAs, in December 2020, the Ministry celebrated these associations with the Annual Community Day where Mr. Governor virtually presented star prizes to outstanding communities.

“The annual Community Day Celebration is a day set aside to showcase the worth, value, culture, tradition and importance of all communities and Community Development Association (CDAs), with a view to further inspire community participation in governance.” He said.

Why JONATHAN Wants To take Up BUHARI’s...