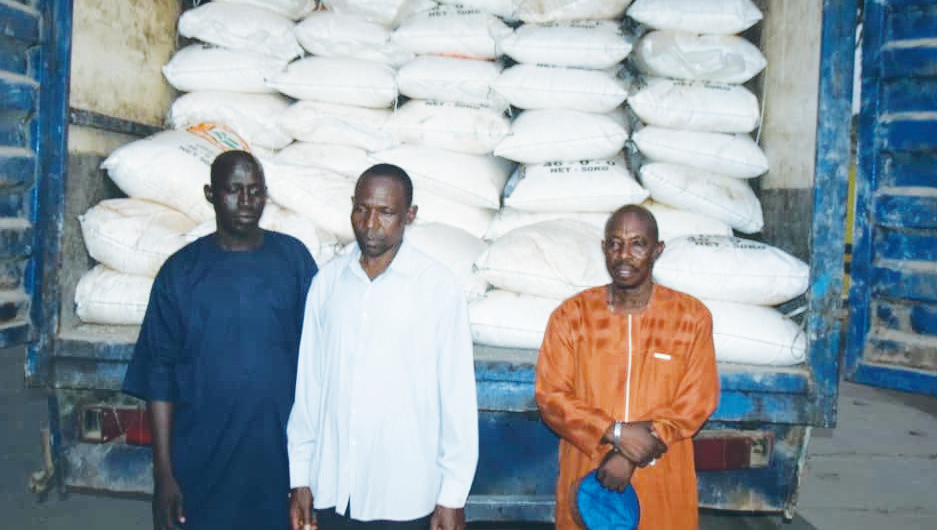 Three suspected robbers who specialize in breaking into warehouses and stealing fertilizer at Iganmu area of Lagos State, have been arrested by the State’s Police Command.

The suspects identified as  Banjo Adeleke (57), James Dalex (52) and Haladu Junaidu (52) – were arrested after an investigation launched by the police after receiving a complaint about the robbery from the Chief Security Officer of Flour Mills, revealed there was an insider connection.

The state’s police spokeperson, DSP Bala Elkana said the security guard of the warehouse was immediately arrested and taken to the station for questioning.

“Investigation was later extended to Daleko market, Mushin where bags of the stolen fertilizer were recovered from a warehouse in the area. The bags of fertilizer were sold to some buyers from Kano State at the rate of N4,000 per bag.

“The suspects were at the point of moving them away when policemen stormed the market. The truck used in conveying the stolen fertilizer was impounded and the three suspects involved in the deal were arrested.”

300 bags of the stolen fertilizer were recovered from the suspects whose case have been transferred to the State Criminal Investigation and Intelligence Department (SCIID), Panti. 