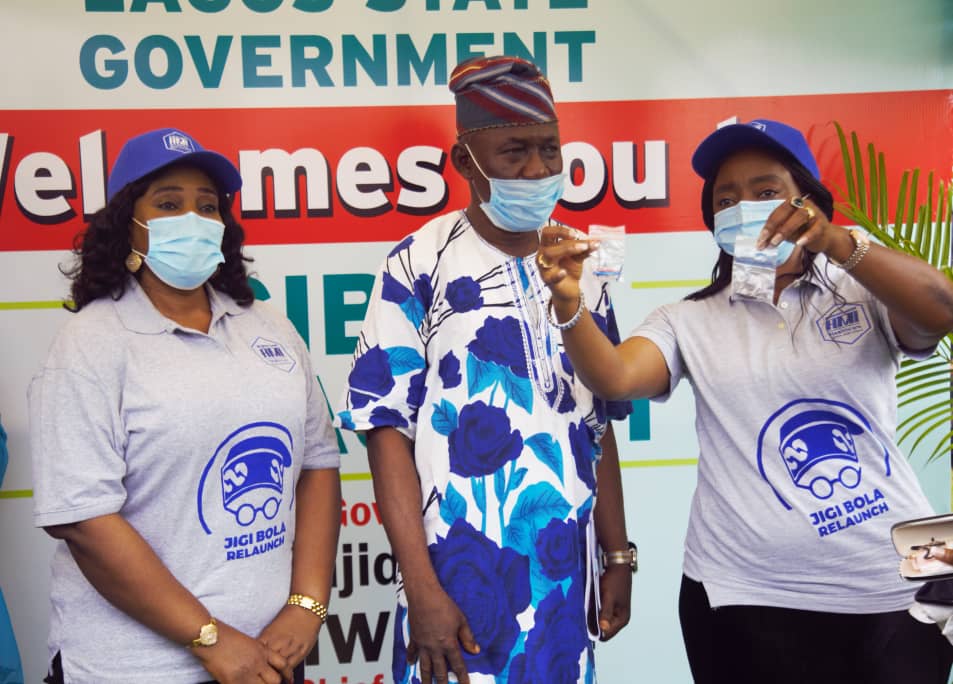 The Governor of Lagos State, Babajide Sanwo-Olu has assured all residents in the state that his administration will remain ever committed to making life easier and better for them regardless of their status, age, religion or tribe.

The Governor made this commitment on Tuesday at the Police College in Ikeja while speaking at the relaunch of JigiBola, an initiative of Senator Bola Ahmed Tinubu, the state’s former Governor, to address the issue of growing preventable visual impairment among residents of the State.

Sanwo-Olu who was represented by Dr. Kadri Obafemi Hamzat, his Deputy said that the primary goal of this administration is to improve the comfort and well-being of the people and it would stop at nothing to achieve that.

He said 20 years ago, one of the visionary leaders and former Governor of Lagos State, Senator Bola Ahmed Tinubu, out of genuine concern for the wellbeing of Lagosians conceived the initiative under the Blindness Prevention Programme.

“Today we are relaunching the Jigi-Bola initiative in celebration of one of the many legacy grassroots outreach programmes of the administration of Asiwaju Bola Ahmed Tinubu and to restate our commitment to improving the wellbeing and welfare of Lagosians.

”I am pleased to announce that our administration has taken a step further with the Jigi-Bola initiative by broadening its scope to include hearing aid programme, which will cater to the needs of Lagosians with hearing difficulty through the provision of hearing aids and other medical support,” he added.

The Governor noted that vision and hearing impairment can make life difficult but could be prevented with early care and intervention, that that was why this administration is relaunching the initiative as a Free Sight and Hearing Aid Programme.

“The aim of this relaunch is to improve the capacity for efficient eye and ear care delivery and to ensure that Lagosians do not lose their vision and hearing when it could have been prevented.

Speaking further he said that the initiative is open to all Lagosians including those in the grassroots across the 20 Local Government Areas.

According to him, the services to be offered include early detection of eye conditions that may lead to blindness, eye and ear health education, free eye surgery and treatment, and also the distribution of hearing aids and eyeglasses.