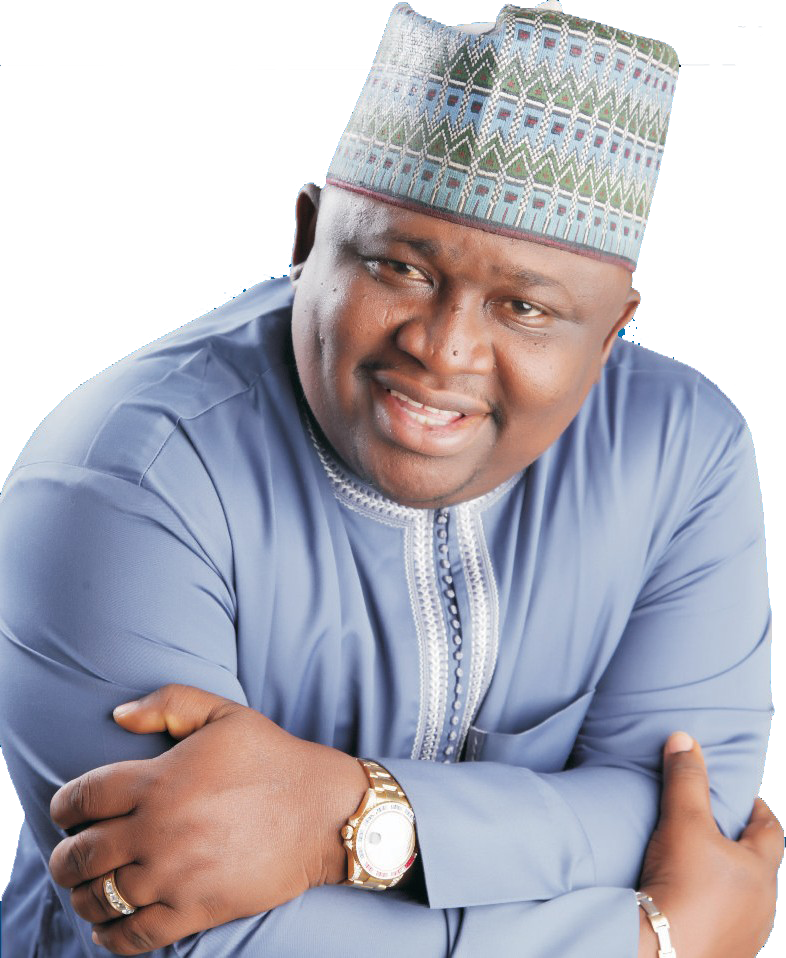 What is Yayi up to? That is the big question on the lips of many political watchers. Why? This because many people were surprised a few weeks back when Yayi whose real name is  Senator Olamilekan Adeola popularly called Yayi did not take part in the recently concluded Ogun APC Congress.

Yayi who is the Senator representing Lagos West was seen being involved in the recent Lagos APC Congress. This sent tongues wagging on whether Yayi would still run for Ogun governorship or he will stay back in Lagos and recon test for Senate. But no one is willing to talk about Yayis next move.

All his aides are keeping mum. No one wants to be quoted.

But City People gathered that Yayi would still be running, but had to beat a retreat to restrategise for many reasons.

One, he is likely to run on the platform of another party.  So he has left Ogun APC to Amosun who is the leader of the party in the state. Why he has to run for Ogun governorship is because of the huge investments he has made on the Ogun 2019 project.

We hear the decision of Yayi & his group is to move to another party like OGD did when he left AD to PDP to run for Ogun government when he did years back. And he won. What shocked many poll watchers recently was when they saw Amosun & Osoba resolve their age long rift, when Amosun visited Aremo Osoba’s Ibara GRA home in Abeokuta and during the meeting they agreed not only to reconcile their difference but Amosun accepted to harmonise with Osoba’s people.  And the result of this showed in the new exco of the party that emerged at the congress.

Why many were shocked was because, before now Osoba had been perceived to be Yayi’s godfather and pillar of support for his governorships ambition.

There are those who have prevailing on him to leave Ogun APC for Amosun and pick up the ticket of a new party and run.

It is no longer a secret that but for Amosun, Yayi would have come out to run in Ogun APC. But his biggest obstacle has been the incumbent Governor, Senator Ibikunle Amosun who is believed to have his eyes on a successor he has not mentioned for now.

Both Yayi and Amosun have not been on good terms since Yayi attempted to come out in 2014 to run for a senatorial seat in Ogun State but met stiff opposition from Amosun who fielded his own candidate for that seat.

So, all the attempts made by Yayi to come out from Ogun State (where he hails from) has failed and he was compensated by Asiwaju Tinubu who asked him to pick up the Lagos West Ticket which he did then. Asiwaju, we heard, asked him to bid his time for 2019 which he agreed.

City People can authoritatively reveal right now that Senator Yayi  has decided to pursue his ambition outside Ogun APC. All these while, Yayi had played it cool, avoiding to have any clash with Gov. Amosun. He had hoped he could get the elders of the party to pacify Amosun. All that has now failed.

What kind of a person is this 48 year old politician who was born at Lagos Island Maternity Hospital to Mr. Ayinde Adeola Ogunleye and Madam Abeeni Olasunbo Ogunleye (nee Akinola).

He grew up in Alimosho where he began his education at State Primary School in Alimosho, Lagos. He proceeded to Community Grammar School, Akowonjo, Lagos for his secondary education. His quest for knowledge took him to the prestigious Ondo State Polytechnic, Owo now Rufus Giwa Polytechnic, Owo, Ondo state where he bagged a Higher National Diploma (HND) in Accounting. He became a Chartered Accountant at a very young age and is a distinguished Chartered Accountant-Associate Institute of Chartered Accountants of Nigeria (ICAN); He is also a distinguished member of the AAT.

Adeola had a stint with the flagship of Nigerian newspapers, The Guardian Newspapers Limited for 12 years and rose to the position of Accountant.

Adeola proceeded to Olatunji Omoyeni & Co, a Chartered Accounting Firm, where he led the audit team for several years and was later promoted to the position of a Senior Auditor.

He later established his own company, SOOTEM Nigeria Limited, where he was the managing director and chief executive officer in the firm that specialized in tax consultancy.

Following his decision to join active politics, sometimes at the dawn of the 4th Republic, Adeola was nominated and won the primary of the then ruling Action Congress of Nigeria and was elected as a member to represent Alimosho State Constituency 2 at the Lagos State House of Assembly from 2003 to 2007 and again from 2007 to 2011. He was reputed to have been instrumental to the enactment of the law that strengthened the Lagos State Internal Revenue Service, a legislation that catapulted the revenue of the state from N5 billion monthly to over N20 billion. [citation needed] He was also part of the team that passed the Fiscal Responsibility Act and the Public Procurement Act of Lagos State.

And when the committees of the House were inaugurated by the Speaker, Rt. Hon. Aminu Tambuwal for members, he got position of the chairman of the only constitutional committee, the Public Accounts Committee of the House. He got the post as a first time member of the House.

He is married to Temitope with whom he has 2 male and 2 female children.

A few months back, he was asked what he will do if he doesn’t get the APC ticket to contest for governor. What will be his plan B?

And he confessed that this is one question that has been bothering a lot of people. “Yes, Yayi Movement is everywhere but what I can assure you is this: come 2019 I would contest for the governorship of Ogun State. I’m not going to say anything other than that; by 2019 you will see Yayi! Whosoever is going to be contesting on the other side with Yayi, I don’t know. But 2019, it will be Yayi. So, whichever place they now want me – APC, ADP,  or any party , can assure you that. It’s a destiny that I have made up my mind that I want to contest for the governorship of Ogun State come 2019 and I believe that by the special grace of God, we shall all succeed.

So, I don’t want you to look at alternative plan or Plan B. All those people that visited Amosun, the elders council, 70 percent of the elders are not with him. I’m telling you, 70 percent of them are not with him. Those that are with him you will know them. They say by their fruits, you shall know them. They will tell you we are the authentic APC leaders, where do they hold their meetings? Let them join us. After us, who else? We will see them. We are authentic APC. But there are leaders and there are leaders. So I don’t want to go into the nitty gritty of that.

How does he see the ongoing disagreement among Ogun West aspirants?

So, I’m not bothered, I’m not perturbed about it. Whatsoever contestant that is not in agreement with me; but I’ve told you journalists, I challenge them to a public debate. At least, it would put rest once and for all into all this katakata that is happening now. Ogun State cannot afford not to put their best eleven in front. This is the state that is well blessed. In the entire South West, it is the only state that has produced president more than one time. As small as we are, in terms of revenue sharing, we are about number 24 or 25 on the list.

In terms of land mass, we have just 16,000 square kilometre of land mass. So, when you look at all these indices, you will not even give us opportunity. But here we are, we are one of those states that are well blessed, that has been well positioned in this country that we have seen other leaders of the world coming to greet us in Ogun State. It can only happen in Ogun State. So, for us to be looking for who will govern us in 2019, I believe we only deserve the best and only the best. Whosoever is not convinced about what Ogun West Consultative Forum has done, I challenge them to a public debate and let us for once settle the score.