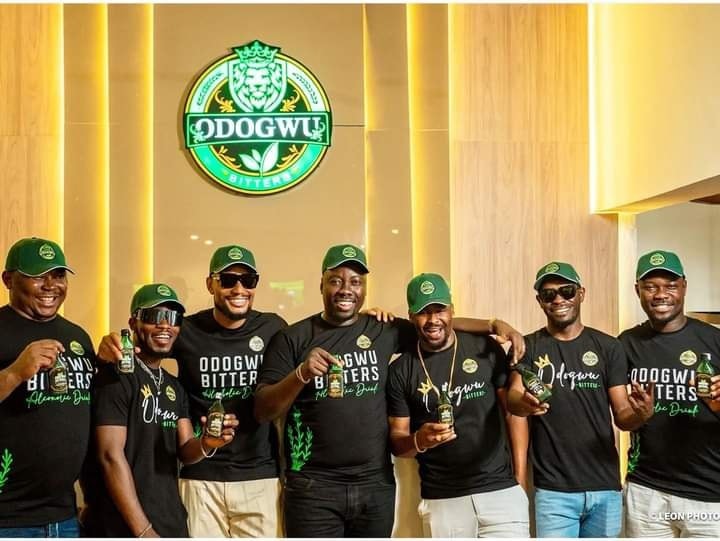 It was a hive of activities and a total standstill Tuesday as Lagos witnessed the launch of Odogwu Bitters, the newest bitter spirit brand owned and promoted by prominent businessman, nightlife king, and entertainment powerhouse, Obi Iyiegbu popularly known as Obi Cubana who is the Chairman of the Cubana Group.

The official launch of Odogwu Bitters which was held at the prestigious Pabloby Cubana on the highbrow Adeola Odeku Street, Victoria Island had in attendance all-important celebrities in Nigeria, from movies, music, skits, and notable celebrity influencers.

Several brand ambassadors which included famous actor Zubby Micheal and music street mover, Portable, otherwise known as ZAZU, and actor Alex Okubo, others as MrJollof and Broda Shaggi all showed massive support for ODOGWU Bitters and were unveiled at the event

Odogwu Bitters have 30% alcohol and offer a unique taste that is perfect for straight consumption and also suitable as a cocktail mix.

The ginger and honey mix is a major attraction for young consumers.

Why Ex-Minister, ROTIMI AMAECHI Has Not Been...