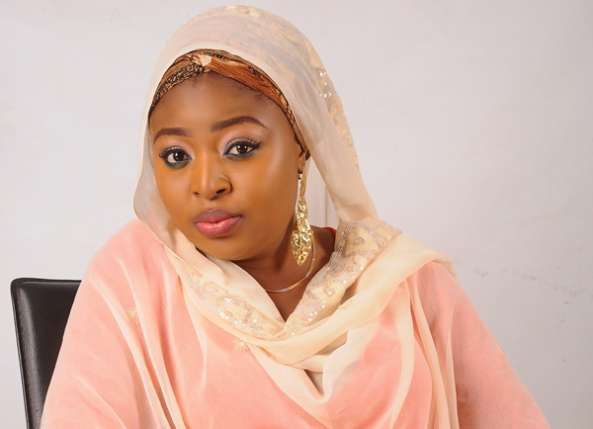 Abolanle Abdulsalam is one of the beautiful babes currently rocking the Yoruba movie scene. The Ado, Ekiti state-born make-belief queen had her primary and secondary  education in Ado. Thereafter, she proceeded to the Lagos State University where she studied History and International Affairs. She joined the movie industry in 2005 through late Alade Aromire. She has produced 6 movies. They are Kosenitotoye, Itakun Ife, Aturota, Oba Adetoyese, Alaborun and the yet to be released Tani eni Olohun. She also starred in several others. In an interview with GBOLAHAN ADETAYO recently, she explained how the late movie icon, Alade Aromire, groomed her to be who she is today, among other interesting issues.

How did you meet Alade Aromire?

I met late Alade Aromire at LTV in 2005. I picked interest in joining his movie caucus after seeing an advert on TV about Yoruba movie stars. Besides, I needed to be sure if the advert I saw was genuine. The only way I could do that was by meeting with him in person. So, I went to Disc Communications to inquire about the group and I was told it was genuine,  that if I had got there a little earlier,  I would have met him (late Aromire), as he had left for LTV, so I decided to go and meet him at the LTV. That was how we met for the first time.

How many years did you train under him?

3years. I was with him till the very last day he passed on.  Being with him has taught me much, it taught me to be selfless, to respect myself more, and how to see beyond the physical. In fact, I knew him for a very short period of time,  but his legacy would live on because he was one boss who wanted the best for everyone around him. He helped many of my colleagues to realize their talents.  He didn’t encourage laziness and impossibilities were never in his dictionary.

May his soul rest in peace.

How can you describe your journey into acting?

It’s been awesome with many challenges.  The awesome aspect of it is the zeal I have for it, and the challenging aspect makes me feel like quitting at times and I would remember the saying “winners don’t quit” and “Quitters don’t win” these sentences keep me going.

Why did you want to quit?

At a point, I was totally discouraged about the industry, the way it’s being run, from the Excos at the national level to the market. It’s as if we don’t have an association, we are running an association where anything ‘goes’, where we don’t care about the welfare of the old and aged actors, where the dream of the young and talented could barely be accomplished as they have no visible direction. Where we could not pay for services except we venture into other things.  So, the moment you feel what you do doesn’t pay your bills, the next thing that comes to mind is quitting. But the passion I have for it will not make me to quit.

Why 6 IBADAN  Celebrity Friends Are No Longer Close