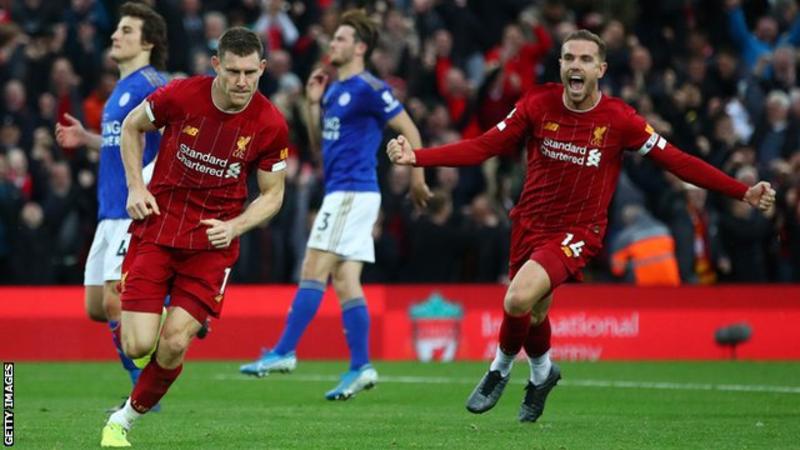 Brendan Rodgers’ side looked to be on course for a hard-earned point on his return to Anfield after James Maddison’s low finish 10 minutes from time equalised Sadio Mane’s 40th-minute strike.

And then, with the clock ticking into stoppage time, a communication breakdown between Leicester keeper Kasper Schmeichel and substitute Marc Albrighton ended with the latter bringing down Mane.

The penalty was awarded after consultation with the video assistant referee (VAR) and Liverpool manager Jurgen Klopp celebrated wildly as Rodgers turned away in despair.

Leicester will feel they had done enough to earn a point and their frustrations boiled over at the final whistle, with substitute Ayoze Perez involved in angry exchanges with several Liverpool players – who were celebrating increasing their lead over Manchester City at the top of the table to eight points.

City can reduce the gap to five once more when they host Wolves on Sunday.