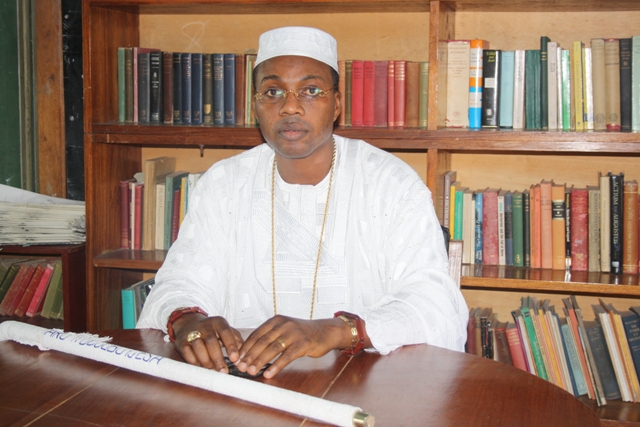 In order to clarify and enlighten the general public about the facts behind the obaship tussle of the town of Odogbo-Ijesa in Atakumosa East Local Government of Osun State, a stakeholder and bonafide son of the town Barr. Adekunle Akinpelu has shed lights on the issue in a statement, which was made available to the newsmen in Lagos.

The legal practitioner in is explanation mentioned three people, HRH Dr. Olatunde Oginni, the Olodogbo1 of Odogbo-Ijesa, Chief Adewuyi Adedapo, the Loja of Odogbo-Ijesa and Chief Michael Aremu Ilesanmi, the Aworo of the town, as the major factors in the power tussle.

He however, highlighted roles, background and the functions of the three which in his submission differs and supposed not bring any controversy whatsoever, but due to the antics of some people who only survive in turbulent atmosphere.

Chief Adewuyi Adedapo is the Loja of the town, a title that connote a representative of Owa Obokun, a Crown-Prince of the paramount ruler of Ijesaland which in his traditional role is to collect tributes for Owa-Obokun from the territory.

Chief Michael Aremu Ilesanmi, the Aworo of Odogbo-Ijesa is the chief priest of the town and a descendant of the progenitor of the town who see to all ritual activities and atonements.

“Oginni’s emergence was due to his many undeniable developmental contributions to the growth of the town, and that was why he was unanimously installed as the traditional ruler by the elders and youths of the town after a written appeal signed by over 150 indigenes of the town was sent to the Osun State Ministry of Local Gonernmet and Chieftaincy matters demanding for enthronement of Olodogbo title”, the legal practitioner noted.

The Lagos based lawyer added that, the roles of the three are different and quite defined. So there should be no beefing or bickering as witnessing now but some people who are hell-bent in fomenting troubles and feeding fat from such are the ones behind the whole crisis.

“That is why I’m using this medium to urge people indulging in this especially Mr. Wuyi Aderibigbe, junior to Chief Adewuyi and others to eschew the act and embrace peace.”