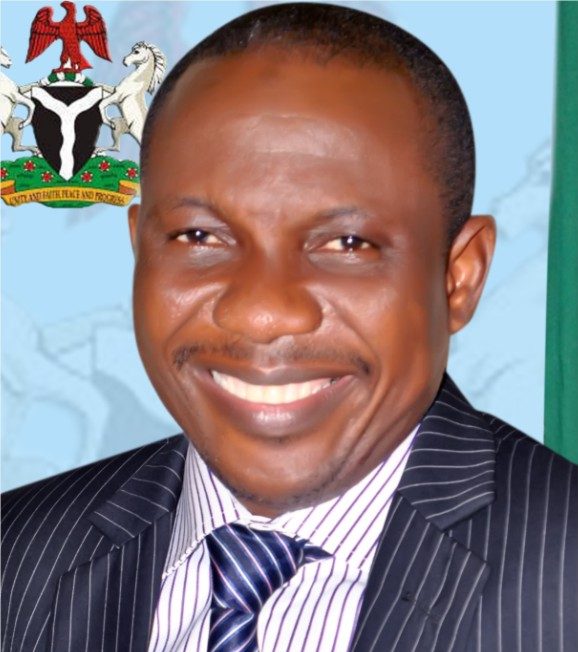 Femi Saheed is a Lagos State lawmaker, representing Kosofe Constituency 2 at the House of Assembly. He is the man who replaced the late Hon. Tunde Buraimoh, a Lagos State former House of Assembly member, representing Kosofe 2, after he died a few years ago. He talked about how he became the choice of the Kosofe people and the party (APC), after the death of Hon. Tunde Buraimoh. A few days back, he spoke to City People Magazine about his experience so far.

You are the man who was voted in to replace the late lawmaker Hon. Tunde Buraimoh. How do you feel and have you been in an elective office before?

Assuredly, I came in a by-election and as a member of All Progressives Congress (APC), I have served our party in various capacities in the past. I served as the youth leader of my ward for good 8 years. From there, I proceeded to become Assistant State Secretary of the party. So, when the opportunity came up, the party felt that I have paid my dues and that I should contest the vacant seat in the House of Assembly. Thank God we won the election and I became a member of the legislature. So far, it has been a nice experience as a politician who has been in touch with the grassroots. God has just been so merciful, though it was not an easy task, I’ve been able to do one or two things.

As a politician, who has served as a Youth leader before, don’t you think being a legislator is a big challenge?

I have served in higher capacities before. I have worked meritoriously as a banker and I held the post of a Chief Officer, I have held the position of State Secretary of our party (APC). So, there is no office that I can not handle. In the past, the government would have said it was too heavy for me to hold but my past experience prepared me to perform the duties of a lawmaker.

What are the things you’ve done since you came into office?

Well…I came in exactly one year ago. Just one year along the line, by the grace of God, I was able to provide two buses to commute students from their homes to their different schools. From one point to the other within my constituency. Apart from that, I have donated over 400 items of furniture to primary schools and I have also partnered with the Rotary Club of OPIC Estate, to facilitate cataract surgery on patients in my constituency. I have sunk 6 boreholes and refurbished others within one year and I stretched empowerment hands to over six hundred party members. I have also given bursaries to students and many more. So, these are the things we’ve been able to achieve within one year in office. In appreciation, people call it unprecedented, but I call it a call to service.

What are your plans for the youth?

Youths have always played a vital role in the electoral process and as a lawmaker, who is also a youth, I am seriously thinking about legislation and policies, that would benefit the youth, because it’s when you invest in the youth that you can get better results from them. So, most of the projects that I have listed for execution are targeted at youth development and I hope that if we continue in office by the grace of God, we are going to do more good works.

As a lawmaker in Lagos State, what’s your take on the NURTW crisis?

Well, all that I can say is that we want peace.

What are your plans for the forthcoming elections? Are you contesting?

On that, I am still consulting my leaders. It is only after a consultation that I would announce my plan. But I pray and I believe that with my record of performance since I came into office in the last year if given another 4 years, I will do more with God on my side.

And what do you say about the insecurity in Nigeria today?

Well…I believe insecurity is everywhere and the government of the day is really trying its best. On the part of Lagos State, the state’s security agencies are trying their best and we as citizens should be more vigilant in supporting the government to have a crime-free state. That means if and when you see something strange, quickly raise an alarm, and inform security agencies for their prompt action. With this, we could make our nation a peaceful and greater place to live.

READ ALSO: THINGS MUSLIMS SHOULD & NOT DO THIS RAMADAN

Things Muslims Should & Not Do This RAMADAN