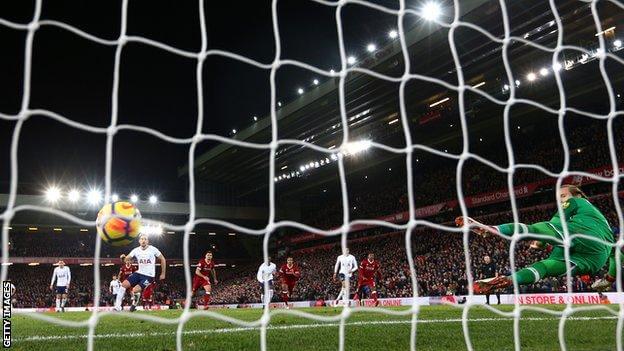 Liverpool manager Jurgen Klopp claimed he would have to “pay the biggest fine in world football” if he vented his true feelings about Harry Kane’s stoppage-time penalty that earned Tottenham a draw at Anfield.

Klopp was angry at what he saw as the unjust loss of two points after Mohamed Salah’s brilliant injury-time solo goal looked to have given the Reds a win that would have taken them five points clear of Spurs.

“There were some real challenges in the first half, lots of moments when it could have been a free-kick but the referee said ‘today that’s the game, that’s allowed’ and then the softest touch in the whole game decides the game,” he said.

“It is not a penalty, it is a situation. I am angry but I can’t change things so what’s my job? To create headlines? To get punished? To pay a fine? If I said what I think I would pay the biggest fine in world football. That makes absolutely no sense.”