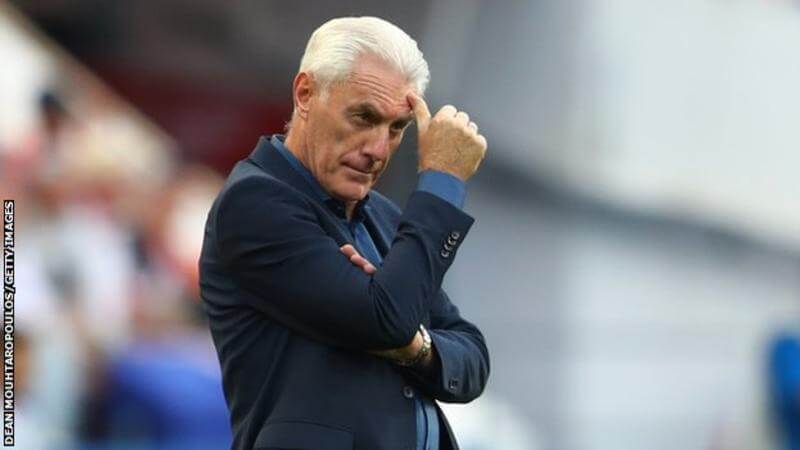 Hugo Broos admitted that Cameroon’s 2018 World Cup qualification hopes are all but over following their 4-0 defeat to Nigeria on Friday in Uyo. However, he said the African champions will now play for national pride when both teams clash again in Yaounde today.
The Super Eagles are top of Group B on nine points after three matches, seven ahead of African champions Cameroon. According to BBC Sports, Broos admits there is nothing but pride at stake.
“There is no pressure anymore on Monday, Nigeria have nine points, we have two points,” Broos said.
“But there is only an honour to defend, there is no importance to this. I just hope my players will have the same mentality that I have – that they will fight on Monday till the last minute – to beat Nigeria.
“If we had won this game, we would have a chance, but we lost it and I hope everyone will learn from this.”
Goals from Odion Ighalo, John Mikel Obi, Victor Moses and Kelechi Iheanacho sealed the win, with Broos refusing to hold any hopes of a ‘miraculous’ route to Russia.
“Why should we have a chance to the World Cup? We need to win all three games and Nigeria have to lose all three games, I don’t think that will happen,” said the Cameroon boss.
Cameroon are the reigning champions of Africa after their triumph over Egypt in the Nations Cup final in Gabon earlier this year. The Indomitable Lions have played at seven Fifa World Cups and their best outing was at the 1990 World Cup where they reached the quarterfinals.
All is Lost But We Will Play for Pride – Cameroon Coach Warns Super Eagles Ahead Of Clash Today was last modified: September 4th, 2017 by Arinze Ago