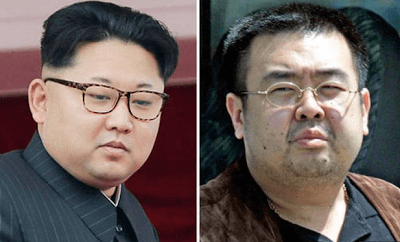 Malaysia’s state news agency is reporting that Deputy Prime Minister Ahmad Zahid Hamidi has announced that North Koreans would now need to get a visa to travel to the country starting from March 6, 2017.
Malaysian nationals are currently the only people in the world who can enter North Korea without a visa.
The diplomatic row began when North Korea’s ambassador to Malaysia, Kang Chol, said the country would reject the results of a “forced” autopsy on one of its citizens and demanded the immediate release of the body.
This is all an aftermath of the death of Kim Jong Nam, the older half-brother of North Korean leader Kim Jong Un who was killed on February 13, 2017  before he was supposed to board a flight to the Chinese-controlled territory of Macau.
Two women have been charged with the murder of Kim, who police said was killed by smearing VX, a deadly nerve agent, on his face at Kuala Lumpur International Airport. Ri was the only North Korean to have been detained in the case, but investigators have named four North Korean suspects who are believed to be back in Pyongyang.
Malaysia cancels visa-free travel for North Koreans over Kim Jong Nam’s death was last modified: March 2nd, 2017 by Reporter

PENDULUM: The Unsolvable Jigsaw Of The Ikoyi...