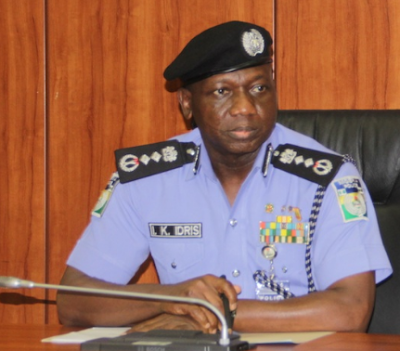 The Niger Police Command has arrested Baba Mohammed, a resident of Sauka-Kahuta in Minna, who allegedly posed as a younger brother to Ibrahim Idris, the Inspector General of Police, and duped his victim of N380,000.
The suspect was alleged to have duped Abubakar Dogonyaro, a resident of Tunga low-cost, Minna of the amount, after promising to offer him a contract of N250 million.

According to the command, “the money was meant to facilitate the approval of the contract”.
The suspect would be charged to court after investigation.