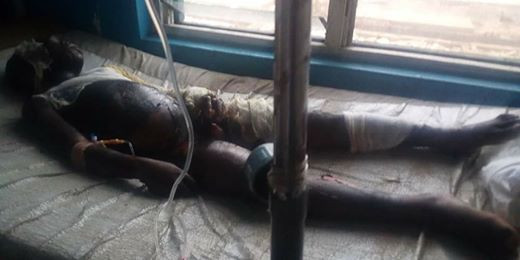 It was gathered that the incident occurred at Afia Nsit in Eket LGA, on Thursday August 29, after Mr. Idorenyin accused him of stealing N500 from their landlord. 

A Facebook user named Comrade David John posts the Graphic image online with detail of what went down ,”