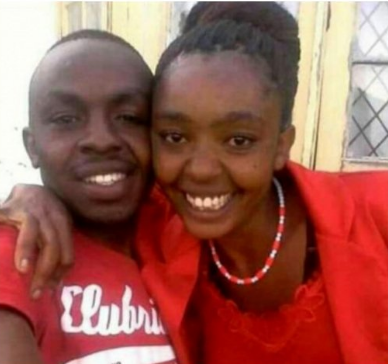 A Kenyan man allegedly stabbed his teacher wife to death on Monday night before committing suicide at Tayari estate, Molo town. Jacinta Nyambura, 25, was found in a pool of blood with multiple stab wounds to the chest, neck and stomach.

The man, Daniel Mwangi, is said to have stabbed the primary school teacher before hanging himself in the room he had locked.

Residents said the two engaged in a heated argument before the woman was heard screaming.

Neighbour Paul Itume said they could not help since the house was locked. But they later managed to break in and were shocked to find the Jacinta’s body hanging from the ceiling and that of the woman on the floor.

A suicide note seen by police, stated Mwangi had accused his wife of having an affair.

“I love her so much. She cannot date another man while I’m still alive. It is so stupid of me to do this (commit murder, suicide), but why should I live?” read the note, in part.

‘Winning, even ugly, is better than playing well and losing’ – Hodgson

Do you have the heart to pursue...