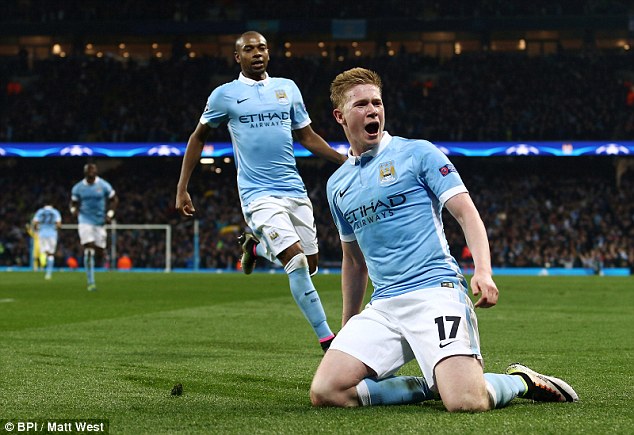 Manchester City playmaker Kevin De Bruyne says he will add an extra two years to his playing career after the coronavirus lockdown, having found it difficult to adjust to life at home.

De Bruyne was enjoying his best season yet in a City shirt before the season was suspended indefinitely due to the Covid-19 outbreak.

The 28-year-old has contributed eight goals and 16 assists to City’s Premier League cause, and picked up an eighth major trophy with the club in the form of the Carabao Cup in February.

He has also played a key role as Pep Guardiola’s men have advanced to the Champions League knockout stages and FA Cup quarter-finals, most notably starring in a stunning last-16 first-leg win over Real Madrid.

De Bruyne is now widely regarded as one of the finest midfielders in Europe, and has even backed himself to challenge for the 2020 Ballon d’Or.

However, the Belgium international is being forced to practice self-discipline in the confines of his Manchester home at the moment, in accordance with the government measures which have been put in place to contain the spread of coronavirus.

The City talisman has admitted to missing football deeply in quarantine while addressing his followers in a video on Instagram Live.

“After this lockdown, I cannot stay at home. I told her I’m going to take two years more.

“It’s time to play football again. I miss it and it’s difficult. But we are not important, football is not important. People love football, but you need to stay safe.”

De Bruyne went on to deliver an update on his family’s health, adding: “I’ve been at home now for two weeks.

“At the beginning, my family and my kids were a little bit sick so that was a little bit worrying but they are alright now.

“It took eight or nine days, we don’t know, but now they are better, luckily, as you never know what is going to happen.”

The Premier League has been scheduled to resume on April 30, with UEFA eager to ensure that the club football season reaches its natural conclusion after postponing Euro 2020 by a year.

What Lagos, Abuja Look Like On Day-2 Lockdown (Photos)