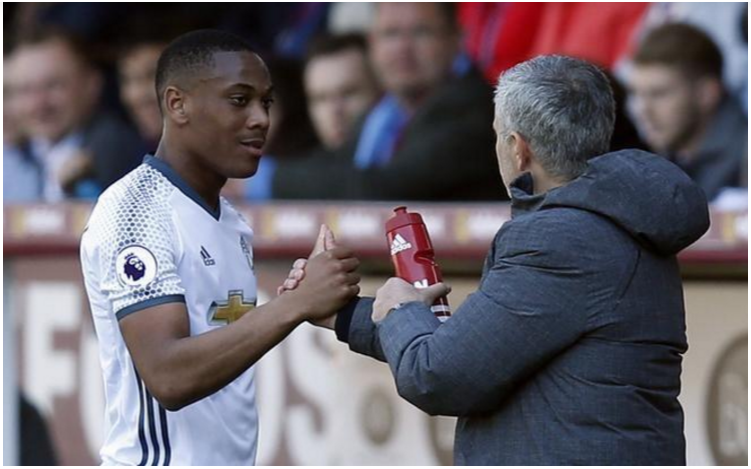 Manchester United are in discussions with Anthony Martial’s representatives over a new long-term contract.

Martial, 22, has a year left on his present deal but United have the option to extend by a further season.

Earlier this summer Martial’s agent said the France forward wanted to leave the club because of a lack of playing opportunities.

Tottenham made an inquiry, and it is understood that United manager Jose Mourinho was open to a deal.

Chelsea’s Willian and Inter Milan’s Ivan Perisic were being suggested as replacements.

His exit was blocked, however, with United’s executive vice-chairman Ed Woodward believing Mourinho should get more out of him.

It is understood United want to sign the Frenchman for an additional five years.

A £36m signing from Monaco in 2015, Martial’s only appearance so far this season was in the 3-2 defeat at Brighton on 19 August, when he was replaced after an hour.

He was not on the bench for Monday’s 3-0 home defeat by Tottenham.