Many Don’t Know I Am A Trained TAILOR – Veteran Broadcaster, OLALOMI AMOLE Opens Up 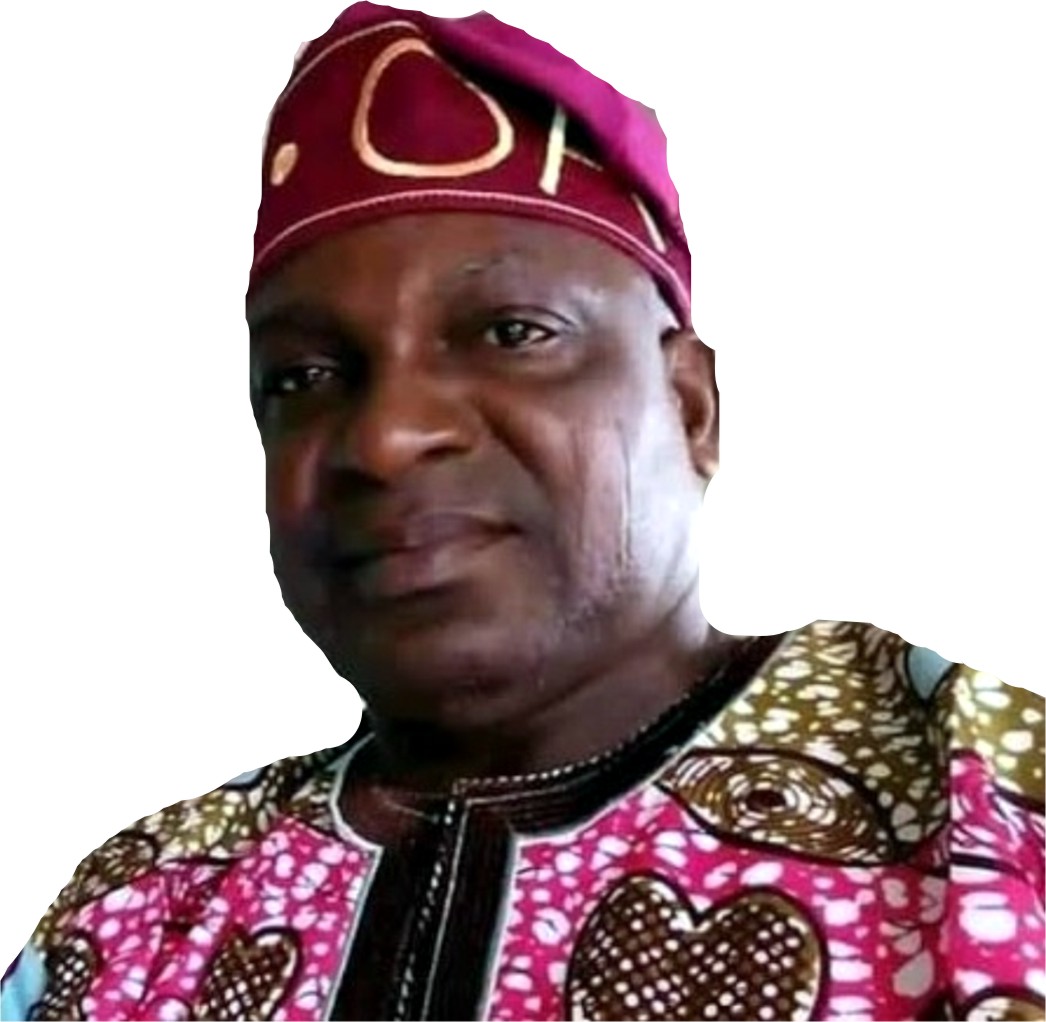 Not many people know that the Ibadan-born veteran Yoruba Presenter, Olalomi Amole is a trained tailor. And that is authoritative. Perhaps only those who know him closely will know that he was trained as a tailor in Lagos in 1976. Where his father took him to when he couldn’t further his education after primary six, due to his paternal grandmother’s death.

It was the grandmother who raised him, having lost his mother when he was two months old. But unfortunately, his grandmother also died three days after finishing his primary school education. Thereby dashing his hope of going further in his education because the father, according to him, was more or less the father of all.

Alhaji Olalomi Amole, popular called by his admirers as Aare Mekunu’, revealed this much about his private life and career last week Tuesday while featuring on a radio program (Parrot Hour on Radio) on Space 90.1 FM, Ibadan.

In the course of the program, Olalomi took listeners back to his very humble beginnings. How he worked as a traffic warden for four years before he voluntarily resigned his appointment to pursue his dream as a broadcaster, his journey into the broadcast world, how he met his current radio partner, Akomolafe Olaiya and many other interesting things people don’t know about him.

‘’As I am sitting in front of you I can sew very well. I am a trained tailor. In fact, I learned the trade for three good years in Lagos, in 1976. A graduation ceremony was even held in that regard. My father took me to Lagos after losing my grandmother who singlehandedly raised me, having lost my mother when I was three months old. So, since the woman who had promised to send me to school no matter what died shortly after I finished primary school. I couldn’t go further, and had no choice that to follow my father to Lagos. Not satisfied with my education status however, I had to leave Lagos without my father’s knowledge, after my graduation as a tailor.

I was later to engage in private studies and sat for my school cert examination. After that, I was employed as traffic warden in Oyo State. But all along I had been going about, anchoring events as master of ceremony and all. After working as traffic warden for four years, I voluntarily resigned to pursue my dream.”

On how he became a broadcaster. Amole also revealed that his coming into the broadcast industry was defined.

While I was working as a traffic warden, I was also anchoring events as master of ceremony all along. So it was through that, that my brother, Ayoola Ogunsina aka ‘Papalolo’ encourage me to join the theatre, having seen the talent in me. That was how we joined ‘Ewe Nla’ theatre group of my boss, Elder Wole Olowofojuore (Baba Gebu). The veteran while speaking further on his journey into broadcasting, explained that he started out in the 1970s by participating in a radio drama titled Laugh and Learn on the Federal Radio Corporation of Nigeria(FRCN), otherwise known as Radio Nigeria.

Speaking on his relationship with Segun Durodola, a late prominent broadcaster, he noted that the station brought them together on seeing their matching energies, and they became a popular pair on radio. Late Segun Durodola and Olalomi Amole co presented the popular radio program, ‘TereTayo’ back in those days.

His words “Sometime in 1992 after Osun State was created out of the Old Oyo State, my then radio partner, Olusegun Durodola had to relocate to Osogbo, the new capital of his home state, leaving only me to continue with our Radio Show then (Abule Teretayo).

“My bosses then expressed apprehension that it would not be easy for me to get another partner but I told them that the God I served would make a way. “By this time, I was with the Broadcasting Corporation of Oyo State and the FM Radio was at Mapo. A lot of young men were auditioned but I trusted in God. Then, one day, I heard a young man talking on our FM Radio. He was on-air to fill in for Akinboade Ologbojo who could not run his programme on that particular day. I took interest in the young man. He fitted what I wanted.

“So, the following day, I went to the station to try and convince my bosses to fish out the young man for me. Well, God made sure He completed the assignment for me on that fateful day.

“As I was stepping into the Radio Station, Akinboade Ologbojo just came in with the young man in question and he handed him over to me emphasizing that I should go and try him because I would find his talent useful. The young man’s name was Akomolafe Olaiya. The rest is now history. We have been together through thick and thin since that time.”

When asked about his relationship with late broadcaster and comedian, Gbenga Adeboye, Olalomi described Adenoye as the trailblazer in the industry who opened windows of career opportunities for others within and outside Nigeria. Describing the late highly talented broadcaster’s death as a huge loss to the Nigerian broadcasting and entertainment communities because of his versatility.

“You see, I can never forget the day Gbenga Adeboye pleasantly surprised me. I can recollect that he actually invited me to LTV 8 in Ikeja, Lagos where he was marking his 20th anniversary as a broadcaster.

“On that day, he had, as part of the programmes of the day, an award plaque he was to give some of us who were his special guests. When it was my turn, he snatched the microphone from the anchor of the day’s event. He then announced that he was going to present mine to me personally.

“He later brought out a bundle of 20 naira notes and ‘sprayed’ me. Afterwards, he told his audience that I was one of those who inspired him to become a broadcaster. He described how he used to stay glued to the radio in order to take notes from what I and my partner then, Segun Durodola, used to say on Radio Nigeria. He said he used to carry out this assignment together with Alhaji Gboyega Lawal”.

“I will say it here that though I started my career far ahead of Adeboye, but he was the one who took the business of stand-up comedy beyond our country’s shores. I used to follow his exploits. He was the one that inspired us too to take our ‘talk-talk’ trade overseas,” Amole added. The Ace broadcaster also lamented the lack of provision for remembrance of broadcasters and journalists in Nigeria after their deaths.

Olalomi, however, urged rising broadcasters to take the trade with all seriousness regardless of any challenge, using his life as an example of one who was not deterred by his background and difficult upbringing. He also stressed the importance of professionalism, giving an instance of how he alongside his partner used to go extra miles. “We used to visit Palm wine joints, and sometimes, we also travelled just to generate content and sharpen our skills as broadcasters”.

Olalomi Amole, born in Ibadan on 31st March 1955, is a seasoned and highly talented Yoruba Presenter. He co-hosts ‘OyinAdo’ and ‘Gbarada’, alongside his Radio Partner, Akomolafe Olaiya on Fresh 105.9 FM, Ibadan. He is from the popular Adegbeye Compound, Ita-Baale Olugbode in Ibadan. Both his parents are from the place.

He attended IDC Primary School, Akinlumo for his primary school education. Through private studies, he sat for School Cert and later worked as a traffic warden before he resigned to followup on his talent. He also holds a Diploma from School of Salesmanship, Manchester, through correspondent. He has over 40 years of experience as a broadcaster.

Many Don’t Know I Am A Trained TAILOR – Veteran Broadcaster, OLALOMI AMOLE Opens Up was last modified: July 21st, 2020 by Dare Adeniran

Why Many Parents Want Their Kids To...