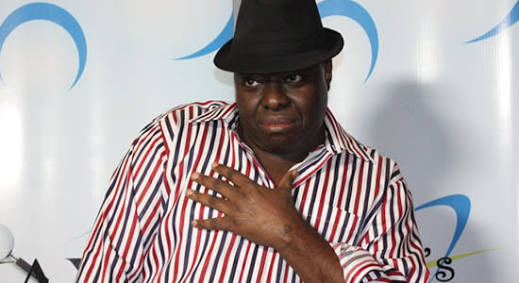 PUNCH Newspaper Chairman, Mr Wale Aboderin died last Wednesday May 30th, 2018 at the age of 60. In June 2011, City People Magazine interviewed him when he assumed office then. There had been a change of baton at the top echelon of the Management of Punch Newspapers. The then Chairman of the Board, Chief Jibola Ogunsola had retired and he subsequently  handed over  the baton to Wale Aboderin, the eldest son of the late founder of the newspaper, Chief Olu Aboderin.

Simply called Wale by many people, the new chairman who died last week was is a very simple, jovial and likeable guy who was unconventional in his ways. Not for him, the culture of putting on suits or doing things in the conventional way. He is still his old playful self, imbued with a rich sense of humour. But not much is known about Wale, a basketballer who owns Dolphins-a Lagos-based female basketball team, who is also the one saddled with the task of running the vast Aboderin Estate, in his capacity as the eldest child of his late father. Not much is known because Wale who is a Pilot hardly grants interviews. He is too consumed with what he does. So what sort of a person was this 60 year old guy who runs what is unarguably the biggest and best run newspaper in Nigeria today?

City People Management team led by the Publisher, SEYE KEHINDE went to interview him at the new Punch corporate office at Magboro, near Ibafo along Lagos-Ibadan Expressway, Ogun State. Below are excerpts of the interview.

How did you take the news of your elevation as Chairman of Punch Newspaper?

Hmm! What do I say? Big man, big wahala! Everybody sees the glamour in the title. They don’t know what goes into maintaining that title. I have found more problems than glamour. I have been told that there is glamour in being the chairman; I am yet to find out. I sincerely believe that the Lord prepares one for whatever assignment he is going to give you. I am here, still waiting for the glamour but I will wait and it must come.

In what direction will you be steering Punch now that you are at the helm of affairs?

Punch has exceeded everybody’s expectations including mine. So one cannot come in and say I know better. How do you want to completely overhaul a system that is already good? All you will want to do is to add a few drops of oil in the wheels of power that turns the engine. One of my first priorities is to increase our distribution. I sincerely feel and I have been working on that even before coming in that I know that in terms of daily newspapering, we are by far the leaders in terms of copies sold. But I don’t want to give our competitors any breathing space. Right now we are working in that direction. In the next few months, we plan to do something about it.

Can you give us a profile of the company you are stepping in to chair?

I am chairing the board of a company that is robust with a rich heritage, incorporated in 1970 and the first publication, Sunday Punch was started in 1973. In 1976, the Daily Punch started and thereafter, Saturday Punch joined. We have 3 titles in the group each with its own Editor. But they all have a common purpose and the mission of the company is to work towards democracy. We abhor injustice in any way which was why when the military regimes were there, we had some battles with them especially Babangida and Abacha. They both at various times closed down the company. Punch is one of the oldest newspapers in Nigeria and one of the most thriving newspapers. In terms of sales, we are the number one media company, we’re also No. 1 in so many ways. I chair the board of a media company that is the leading newspaper in Nigeria. We are the largest selling newspaper in Nigeria and we are not resting on our oars because others are chasing us. We are always doing things to increase our circulation figures and we don’t want competition to catch up with us. I chair a media company that takes integrity issue seriously.

We don’t compromise on that. So strong is the Punch title that we take positions when we need to do that especially on critical issues on dictatorship and military involvement in politics. One of the things we do in Punch which we would intensify more as I take over is the issue of fighting for the masses, the underdog, giving a voice to those who have no voice or who cant talk, giving sight to those who cannot see. That is behind everything that we will be doing from this moment on.

What explains the phenomenal success of Punch, especially in an industry where not too many newspapers are doing well?

It has a lot to do with the business model of Punch. The newspaper is strictly run as a business. No sentiment of any sort. It starts from recruitment to procurement. Before you are recruited to work in Punch, you must go through the process no matter who you are. You have to write a test, if you pass, you come for oral interview, you go through medical test and others. It’s rigorous. You are not expected to compromise in any way.

In terms of the layout of the newspaper that keeps evolving that is why the Punch of 5 years ago is not the same Punch of today. There is a remarkable difference. We keep thinking and we keep revolving, we keep making changes. We don’t rest on our oars. Now that we are No. 1 we are already thinking of how do we go on to the internet and become No. 1, because we know that in the near future, the newspaper business may experience some hiccups in terms of people buying the hard copy to read.

So many people go on the internet to read it free. Now, we are thinking how do we even make money from this internet? So we are not resting. We are still looking at so many other successful models as to what we can do to improve our current models. Like the former Punch Chairman did say in Punch, we think a lot. Every 3 weeks, we host meetings where we brainstorm on new ideas.

Let’s talk about your interaction with Punch staff. At what point did you grow up to Punch?

I think I am the oldest employee in Punch. I have been for a long time. Since 1969 when the likes of Happy Home, Top Life, Super Woman came out, all of these started off like a family thing. My mother will cook in the house in Ilupeju, Lagos and we will come together to bring food to the company. I started driving them at the age of 12 and by 14, I was distributing newspapers. My father didn’t know. I used to drive to Sagamu, Ikorodu, Badagry, Epe. Then we had a lot of complimentary newspapers too and I like delivering those too because I got to meet a lot of people then. I like Ikorodu runs because I usually  catch crabs. I stopped when I almost caught a snake, I was scared after that. One incident happened.

I went to deliver newspaper at a General’s House and after delivering, the vehicle broke down. We had to go in to use his telephone to call my home and my father said, what are you doing there? I told him I came to deliver newspaper. He said what? He drove down himself to pick me. When he found out, he was very proud of me. He immediately arranged for me to get a driver’s license then. I started from delivery section to the Compugraphics Section.

That time, the type setting was done manually. I did that for 6 months. Then, I worked as a journalist on a page called Photoview. You will go out interviewing on the street. I did that until schooling took me away out of the country. Those were the fun days of Punch. As a driver I wasn’t paid. But as a compugrapher and journalist, I was paid. Those were the good old days. It was one big family but we all got the job done with the likes of Uncle Sam Amuka, Dayo Wright, Ayo Ositelu, Muyiwa Adetiba.

It was fun all the way but somehow we got the job done. Everybody looked at me as a small boy then. But I was invited to all their parties. But there was a limit to how far I could go. At that time, I used to drive the Punch Pick-up Van. On the streets, children will run after the vehicle shouting Punch! Punch!!, just to touch the van. I will then give them complimentary copies. I used to give the policemen too. It opened doors everywhere.

Oh yes! I was. And he was always telling me things about himself that many people didn’t know about. For instance, not many people knew that at the time my father died, he was 3 months away from becoming the Prime Minister of this country. Infact, the BBC got wind of it and he told me 2 weeks before he died that the BBC wanted to interview him. He had written out a new constitution for the country and all that. He did so many things.

At that time, I was a pilot and he told me he wanted me to stop flying and come and run the newspaper because if he is the Prime Minister, he cannot run the paper at the same time, conflict of interest, so to speak. He told me a lot about Punch. One thing I found curious about my father is that he will sponsor people to go and study abroad and they will come back and go somewhere else. And one day I asked him why. He said there was no problem as long as whatever they are doing improves the nation, whether it is within Punch or outside Punch. I am into sports. I have a basketball club. And I am into fighting for integrity in sports.

What attracted you to flying at that time considering that you had a well laid out career for you in the media?

I was born in England. I grew up there. One day when I was still young, somebody came to ask what I would like to be when I grew up. At that time, I had a guitar and they thought I would say I want to become a musician. I said I want to be a pilot. The reason is because I cannot sit down in one place for so long. I am restless by nature. I am somebody who will always want to be on the move. I trained in America as a pilot. That is why till today, I am very restless. I don’t like formality or the straightjacket life. I hate protocols. I like to be lively. I like to be active. Let’s get going! Why are we here? Let’s get into the issues. Let’s go to Item 7. Don’t let’s waste time.