Home Entertainment Many Don’t Know I Have Been Close To OMAWUNMI For Yrs –Top R&B Singer, WAJE
Entertainment 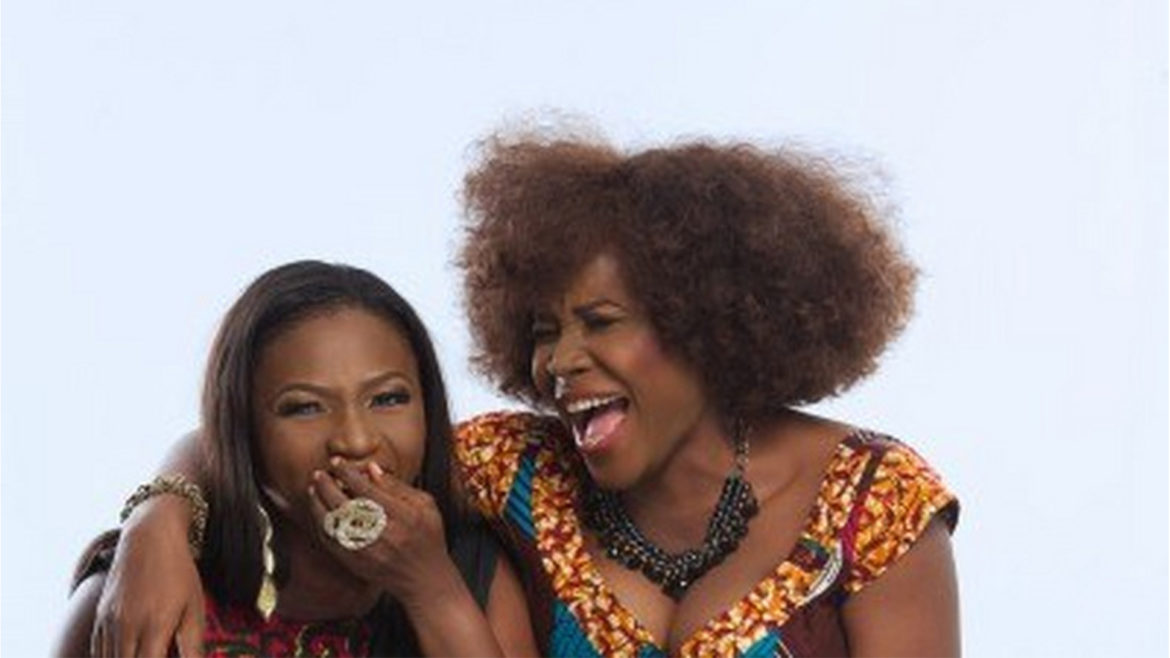 Aituaje Iruobe, popularly known as Waje, ‘Words Ain’t Just Enough’, is one of Naija’s most successful female musicians and vocal powerhouse. The ‘I Wish’ crooner is yet to accept the reality of her successes and celebrity status; this is the reason she is always hungry to do more. She recently granted an interview with City People Entertainment Reporter PRECIOUS POMAA and she talked about her business partnership with Omawumi, the secret behind their long term friendship, music industry matters and other issues.

How did you and Omawumi come about Hermanes Media and what is it all about?

Hermanes Media has existed for a while with us; it’s just that we didn’t make it necessarily formal. But there are times we’ve had business transactions, creatively come up with ideas. So we just thought that it doesn’t make sense that two people that are this creative, have been in the industry and have so much to offer and we don’t do this. We’ve actually been talking about it for a while, but it had been difficult to pull through with it.

What made it difficult?

We’re two different people, we’ve different careers. Outside music, we’ve our different businesses. It’s easier on paper, but in reality it has to be intentional and a lot of work put behind it. I think we got to that point where we thought that we’ve just been singing; don’t we have other things that we want to offer our audience? So for us, Hermanes Media will be a good way to offer all the other things we have for our listeners.

Of all female musicians in Nigeria, what informed your decision to partner with Omawumi?

We’ve worked together in the past, we’ve done things together that we both benefitted from. We’re very different personalities; Omawumi is more of an executor, while I’m more of a content person. There’re times we’ve done things and people would think the idea came from Omawumi but it came from me and there are times people think the idea came from me but it actually came from Omawumi. Overtime, we’ve added value to our friendship.

Is this a way of repaying her for once accommodating you in her house?

It’s not about repaying her; if I want to pay back her good deeds I would write her a cheque or buy her a luxury house. I just felt what’s the point having people around you when you cannot add value to each other. I don’t think friendship should always be about give and take. People expecting things from me because they have done something for me, I’m sorry. Life should be about kindness because you never know what happens tomorrow. When we started as friends we probably didn’t know it would work out this way. So doing this with Omawumi is not really about paying her back for helping me in the past. The major reason is because we’ve gotten to a point where together we can add more value to each other. If I have a project tomorrow and I feel another person is right for the job, I’ll sure have a conversation with the person. I’ve come to understand that in this life you cannot do everything on your own, except you want to die.

What’s the secret of your friendship with Omawumi?

I really don’t know because she is very stubborn. I think as we’ve grown we’ve learnt more from each other. It’s not like we’ve not had days where we have misunderstandings but we always weigh the pros and the cons and then we’ll see the value of people going into friendship. It’s not really about the fact that she’s kind, she’s sweet, no. I feel like those are things people just say to sound eloquent or politically correct. Friendship is about the tough times; that’s how people stick together. Also, for me, we weren’t taught in the industry that we’ve now, unlike the generation before, that it was ok to be friends. I don’t feel Omawumi and I’s friendship has been a big deal. I think people should genuinely care about each other in this industry because they are your colleagues. I think people should find genuine friendship in a place of work. The only reason I think people feel our friendship is a big deal is because of our mindset in this country. There’re so many examples I can show you all over the world where they genuinely want each other to succeed and they have found ways to add value to each other.

A top actress once said there’s no true friendship in Nollywood; would you say the same for the music industry?

I won’t say it’s the same thing. They say people are sometimes threatened by their competition; but that doesn’t mean that you can’t find friendship. You just find people that are genuine to you. You can be genuine to me and call out my shortcomings and I also call out yours; but that doesn’t mean we’ll stand in the way of each other’s job. When it’s time to collaborate, we do. But if you’re not making friends because you’re afraid of your competition, you’re going to have competition anyways. Just be in that place where people can advise you, be with great company.

Which of your colleagues puts you on your toes?

I put myself on my toes; because for me, every time I take stock of what I’ve done, I don’t feel like I’ve done enough because of the kind of personality that I have. I’m always willing to push harder; I’m always hungry for something new. As strange as it is I call myself an up and coming artiste every time, but this is my tenth year in the industry. That’s how I feel; and the reason is because I’m hungry to do some things that I’ve never done. So, I think whenever you begin to look at those putting you on your toes you’re distracting yourself. Someone putting you on your toes is just an opportunity to distract you. You can reach out to people; give them the impression that you’ve something to offer them. We can all learn from each other instead of being individualistic.

Don’t you think some people may misinterpret describing yourself as an upcoming artist to you having low self-esteem?

I don’t have low self-esteem, I’m a large cat. The reason I said that is because I wanted to describe to you how I’m hungry to do more every day. If you have this conversation with Omawumi she would tell you; we literally sit down to find out new ways to interpret my brand. It’s something we’re constantly thinking of. When you get to the mindset that you’ve arrived then there would be nothing more to think. Maybe after I’ve conquered the whole world I can sit down and say I’ve arrived, but for now I haven’t even conquered one tenth of it yet. For now I’m still at the stage where I hunger for more.

What’s more to Waje that the public has not seen or heard of?

Everybody knows I’ve a fantastic voice, one of the best in Africa. There’re times I’m thinking of how to deliver better, not necessarily with the song or the singing but also the performances. I feel like every time people come to hear me they should go with an experience. It’s like when you’re writing a script for me as a script writer, the stories come in different ways, that’s how I feel about live performances. There was a time for me that it was just about the repertoire, the big fans, having the band. But now I’m entering into a more theatrical space; that’s a new vibe for me because I’ve not experienced that before as a musician. So it’s like a new phase of my life where I’m like if I try something new it would fantastic. That’s a part of me that would be interesting to watch because there’s so much more that I can do that I’m looking forward to doing. My acting side also, I’ve done one or two movies before, but last year I did more on ‘Battle Ground’. I kept seeing a side of me that I didn’t know was there before. So it made me want to do a whole lot more. Another hobby I picked up is interior decoration. Anytime I travel I’m either looking for one throw pillow, one Persian rug or the other. As I grow older there are different sides of me that I’m looking at feel like these are interesting things about me that I can enjoy doing as a creative person and that I can also monetize.

So do we see you venturing into the interior decoration business?

I’m already into interior decoration; I just finished decorating a house in Ikoyi for a client, I’ve clients already.

Combining three different careers, do you find time to rest at all?

I don’t act, make music and do interior decoration simultaneously. When I was on set for ‘Battle Ground’ I wasn’t in the studio, I had already done my studio work. Organizing my time does not really mean I do everything myself; it’s the people that work with me; they are the ones that actually make it possible for me to do it. If not I would have just been literarily going around. Like right now I haven’t been on any set because I was done, I did a feature single last year towards the end of last year and I said ‘‘ok, I’m done till maybe June’’ because right now we’re focusing on ‘Red Velvet’ (the album). We have to agree that you cannot sustain yourself with one job in this country.

Which of music, acting, interior decoration gives you satisfaction?

Music satisfies me a great deal.

Why did you accept your first movie role?

When I read the script, I fell in love with it and that was because it was an interesting story. I was curious to see how I would play the role. I played the part of a lady called Shade, who was married and I’ve never been married; so it was interesting to find out how I was going to play out the role. It was also about the message in the movie.

What movie was that?

What’s your take on the Nigerian situation?

Many Don’t Know I Have Been Close To OMAWUNMI For Yrs –Top R&B Singer, WAJE was last modified: July 1st, 2019 by Precious Pomaa