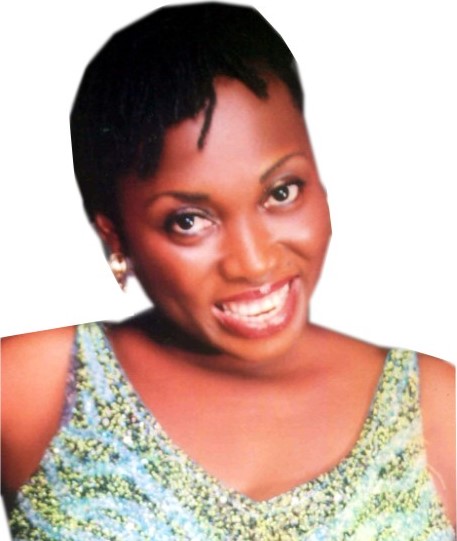 When you meet Titi Oguntoyinbo for the very first time, you will think she is a very young babe. This is because of her petite figure and youthful look. But Titi has been around for a while. She has just been blessed with a good physique and a voice that has helped her music career.

She is one of the female juju music stars rocking the music industry. Titi Oguntoyinbo is good at what she does, dishing out good and sonorous tunes to her fans. But many people do not know that she is a veteran in the music industry. This is because she is blessed with a trim figure. She has a pencil-slim figure and a baby face that makes her look like she just joined the industry a few years ago. But Titi has seen it all. How many people know that she was part of Festac 77. Yes, she did. Titi in this interview with City People Publisher, SEYE KEHINDE, reveals a lot more about her life, and career.

Lets talk about your music career. You have been playing music now for how long?

To the glory of the lord, I started music from childhood. I started over 40 years ago.

What was the attraction? How did music start for you?

I started from the church, just like every good musician starts from the church. My years in life is according to the years I have spent in C&S Church. Reason is, I was born in C&S Church. I grew up to know myself as one of the choir members in the church. I have been singing since then. I started going out since 1977. I was one of the kids that sang the FESTAC 77 song. With the help of late Uncle Yom Yem, Bala Miller of Blessed memory, Taiwo & Kehinde Lijadu sisters. I have been into it for a very long time. Since then, I have been into it.

How come Titi Oguntoyinbo has continued to be looking young and young?

Haaa! I’ll say that is the Grace of God. It is the glory of God. Singing is an exercise on its own. You know when you dance, sing, you burn fat. So it helps a lot. With the help of God. I also don’t abuse my body. I don’t misbehave. You don’t jump from one man to another one. It helps a lot.

When did you start commercial singing?

It was from that 1977. They paid us and took us to so many countries then. But as for my personal band I will say 25 years. But before then I had worked with so many artistes like Orlando Julius, Aunty Onyeka Onwenu,  Majek Fasek, late Pa Fatai Rolling Dollars and many more. I worked with them before I started my own personal band.

To the glory of the lord, its been good. When you like doing something you won’t complain, you will enjoy what you do. Its been good. God has been so faithful.

At what stage is Titi now, musically?

Tell us about your growing up years. Where did you grow up? Where were you born?

I grew up in Mushin. I was born in Mushin. There was never a time my parents discouraged me not to sing because my late father was a Pianist. My cousin, Kunle Ajayi is a musician too. I was Titi Ajayi before I got married to Oguntoyinbo. Kunle Ajayi play for Redeemed. Music is in the system. My late mother used to sing very well.

How did your husband take your love for music?

He is a drummer too, though he didn’t take it as a profession but as a hobby. My children too are into music. My first son is studying music at LASU. So music is in the family.

Did you study music? Or did you understudy someone?

Partially, I play Guitar. I did a Diploma in Music in a school at Ojuelegba area of Lagos which enabled me to play Guitar a bit, and I can Sight/Sing as well. I can Read and Sing.

How did having been born and bred in Mushin shape you? Did it change your views about life?

Hmmm! It has nothing to do with my life because when you are born into a good family, Christian family, it now depends on how you handle your kids from when they are youths. When you have children, make sure you put them in the way of the lord.

Many don’t also know that Mushin is not as bad as they think. When you mention Mushin, there are so many areas in Mushin. Even people who are from Ikoyi have areas in Ikoyi that are so bad. That has nothing to do with my life to the Glory of the lord.

At the end of the day what sort of a person is Titi?

She is a Godfearing person, a very calm person, respectful, and a prayer warrior. Somebody that does not envy. She loves everybody.

How do you see the Juju industry today?

What next with Titi?

I am planning now to do an album. I want to make it a combination of Highlife music and juju in which I will like to bring in so many artistes, like the combination of the oldies and the new ones. I am working on that now.