Home News Many Of Those In The Movie Industry Are Mediocres – Movie Icon, DELE ODULE @ 60
News 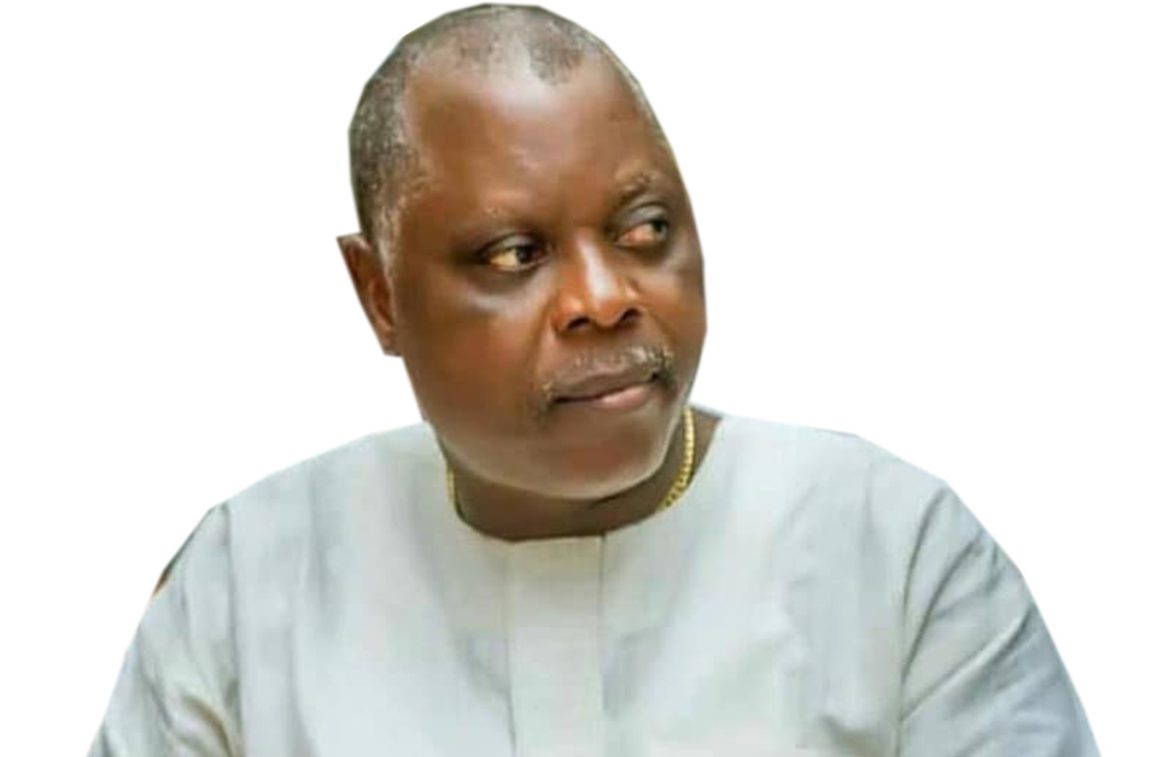 Movie Icon, Dele Odule turned 60 a few days back. He was born in Oru-Ijebu in Ijebu North Local Government, Ogun State. He is the 6th child of his family with a humble background. He had both his elementary and secondary education in Ijebu. He further obtained a Grade 2 Teachers certificate from the Teachers Training College in Oru, Ogun State and a honours degree certificate in Theatre Arts from the University of Ibadan, Oyo State. Not too long ago, he bagged another degree in Theatre Arts from Olabisi Onabanjo University, Ago Iwoye, Ogun State.

He came into acting 42 years ago under the supervision of the late Mukaila Adebisi, the Manager of Oloko Theatre Group where he was trained. he made his debut in between 1985 and 1986 coming into the limelight in many movies, particularly “Ti Oluwa Ni Ile” produced in 1995. He is happily married with lovely children. With over 40-years of experience as an actor-cum producer, Dele Odule is a reputable personality in the Nigerian movie industry and here talks about his life and acting career.

You are regarded as a movie icon in the Yoruba movie industry. You have paid your dues. How did it all start? Why did you choose acting at that time?

I was brought up in the village. After the demise of my mum at Palapomi to be precise, near Oru-Ijebu. Oru-Ijebu is my town. When my mother died about 50 years now, I was taken to that village. I was living with my big aunt where I discovered that all those things I knew how to do very effectively like I drum, I sing and I dance. So when I got admission to a Modern School, I started seeing these people coming from the Yoruba travelling theatre. They started coming to that school and all those things they were doing are those things I knew how to do. I thought if they would make money out of this, I can as well make money out of it. So, I started following one late Dele Ogunsanya in 1977. That is why I marked my 40th year in 2017. I am 42 years on stage now.

I was still in the modern school. I had no opportunity of going to secondary school, it was there, that I started following this man. When I now realised that it was not all that Challenging enough, I joined the Abaru Oloko Theatre Group. The man who set it up now late. They used to call him Araba. He used to play the role of Babalawo. He will say Iruke awo lo wo wa. The man was trained by the late Hubert Ogunde. I served under his tutelage. I also served under Idamu Padi Mukailu (Bosun Odunsi). Those are the 3 people that I passed through before I went to Teacher Training College. When I got there I met some guys there, including Deji Adenuga. I assembled them. In fact through what we were doing then, was the honorarium that I used to finance my teacher training education. That has been my ladder anyway. Since then I have not gone back. I have been promoting Stage performance, I don’t want it to die. I want to do all the best possible to revive it. That was how I started. I started because of the love and passion I have for it because I discovered early enough that I could do all these.

At what point did you move from stage to Home video?

This Home video thing was started by the late Muyideen Aromire in 1986. I didn’t want to join because I didn’t see Home Video as anything that can really work then. I had the same thoughts with the likes of late Afolayan (Ade Love). They never believed that this Home Video thing will work and would be a threat to all these optical films they were shooting then. I didn’t join early enough, but I started partaking in Home Videos in 1989. My first attempt was Agbebo Adiye it was produced by the late Chief Akin Ogungbe. That was my 1st involvement in Home Video and ever since I have been in it.

How do you see the state of things in the industry today?

The majority of the people who are in the industry today are mediocre. And that is what we are celebrating. We are celebrating mediocrity. The majority of the people who are being referred to as Actors, female actors today are mediocre. Most of them don’t know what theatre is all about. It is one thing to be gifted. It is another thing to be tutored. I have said it many times, that you need both the Practice and the Theory. You need the 2. Practice without Theory is a child’s play. And if you know the Theory and you don’t practice, it is an intellectual failure. So you need the 2. If you are gifted, you need it as a raw material. That is just the raw material that you need to practice. You need to know the rudiments of the trade. And that is the only way you can approach it and approach it rightly. And that is what is missing. I am not saying pirates are not messing up the industry. Piracy happens everywhere. It is not peculiar to Nigeria, it happens everywhere.

Here, we keep on talking about pirates all the time, Copyright Infringements, we don’t talk about the profession itself. Are the people practicing it the real people that are supposed to be doing it? There are no standards. Until there are standards we can’t move forward.

What is your focus now in the movie industry?

My priority right now is to bring back the Glory of Travelling theatre. I am planning a documentary already on my 40 years of existence in the Theatre Practice, what I have achieved so far and what I have lost.

Many Of Those In The Movie Industry Are Mediocres – Movie Icon, DELE ODULE @ 60 was last modified: December 9th, 2019 by City People