Home News Many People Betrayed Me In My Early Yrs As KING – ABEPA Of JOGALAND, Oba ADEKEYE
News

Many People Betrayed Me In My Early Yrs As KING – ABEPA Of JOGALAND, Oba ADEKEYE 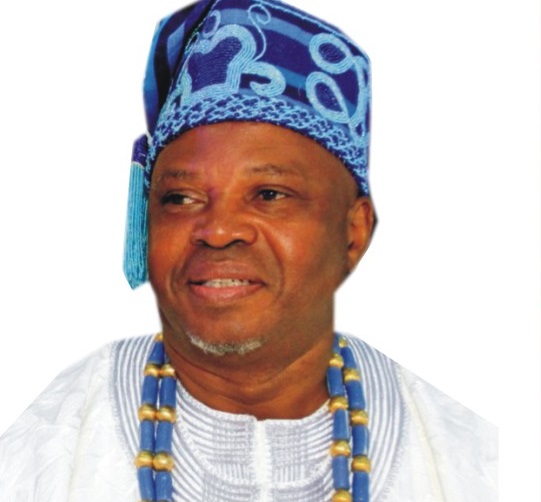 Last week, Oba Adeyemi Adekeye, the Abepa of Jogaland celebrated his 60th birthday and 15 years on the thron. The event which was a three day package kicked off with a thanksgiving and reception, which was attended by the Governor of Ogun State, Senator Ibikunle Amosun, the Speaker of Ogun State House of Assembly, Honorable Suraj Adekunle Adekunbi , the Paramount ruler of Yewaland, Oba Kehinde Olugbenle, the Osile of Oke Ona, Oba Adedapo Tejuoso and many dignitaries to mention a few, while K1 was the official band of the day.

To mark the double celebration, a book titled Tributes In Words And Pictures was written for Kabiyesi by Wole Osunmakinde, a prolific author, public speaker, philomath facinator and a life coach. In this book Kabiyesi bares it all , as he opens up on life generally before and after he became king.

Speaking on life at 60 and how being 60 makes him feel he said ” age 60 is a landmark for me , and its a double celebration because I am also celebrating 15 years on the throne. Both mean so much to me. I want to appreciate the Almighty God, the King of Kings for keeping me althrough . My life has been an eventful one,  I by no means claim that its been milk and honey.  I have had my share of life challenges but in my most sincere reflection on the course of my life in the past 6 decades and the past 15 years on the throne, I don’t think I have other options than to thank God for everything. All I have to say is thank you lord.

But really , I dont feel like I am 60.  I feel much younger. I am grateful to my parents; they provided the solid foundation  I needed to build the structure of my multilayered many sided life on. My dad gave me discipline, my mom gave me the encouragement, my dad also taught me integrity. I remember very well the first time I sat for entrance examination into comprehensive high school, Ayetoro and I didn’t meet the cut off mark, everyone mounted pressure on my dad to go and induce the principal, more so he was well known to the principal, but my father refused the idea and stood his ground.

He would rather make sure I got the admission by studying well to meet the cut off mark next time. He was a man of unwavering integrity and that really impacted on me. To complement all this are wonderful siblings. The icing on it all is a great family the Lord blessed me with;  the Olooris, the children and the toast of everything is the network of friends around me. As for my people in Joga, it can only get better, I am dedicating my success as an Oba to them all, with their continuous co-operation, we will build a greater Jogaland that the next generation next after us will be proud of.

At every point in life, every individual faces different challenges,  not to talk of a fresh prince who had spent most of his life abroad and coming to become king in the land he doesn’t know what to expect as a man full of life and a party rocker back in America. “Speaking on the challenges Kabiyesi faced over the years , he said ” most of the challenges I faced came my way in the early years on the throne, it mostly had to do with men , especially the one that were not ready to move on but would want to hold on to the mediocre ideas and archaic mentalities. I had to deal with traitors, detractors, betrayals,  tormentors, and conspirators. Some of them attempted to play God on me and some took advantage of my simplicity to work against me in different  quarters, it is all part of life anyway, but God has helped me to overcome it all.  It is also touching how God had turned everything around for my good and more importantly the common good of the people I preside over.

There was a little mix up in the beginning. As a fresh prince and a novice, I did not understand protocol and bureaucracy of the government.  Having received the state appointment as the next king of Joga Orile, and in consultation with the concerned stakeholders, I went ahead to fix the date for the  coronation, right from Houston, the date was announced and communicated to all and sundry.

The news both officially and unofficially got to the office of the then executive Governor, Chief Olusegun Osoba and it did not go well with His Excellency.  Chief Osoba felt he should be the one to set the date for the coronation, more so he would be the one to install and issue the staff of office to the newly appointed king. He felt the date should be cancelled, which he was right by every standard.  I admitted my oversight and quickly arranged emissaries to plead with the governor on my behalf.  The governor accepted the plea but insisted the date fixed would not be convenient for him due to some other pressing state matters slated for that period, he then detailed his deputy, Alhaji Gbenga Kaka, to preside over  the event on his behalf, with that preparations resumed and all went as planned”.

Looking at Kabiyesi one can tell he looks good and younger than 60, sharing the secret behind his youthful looks he said “at 60 I am full of life, this is an open secret, and the secret is I keep myself active and worry less. I have stewards here but I don’t just sit down in one spot and order them around. I also deliberately do a lot of things myself.  For instance, I sometimes decide to do cooking myself while my cook just watches me.   I move round the compound to see things for myself.

Again, I dont worry myself about needs or issues I have no immediate solutions to, I take things easy.  Look at the house I am in now, it took me 5 years to complete it, I never bothered myself too much about it, I just take things easy, I did each stage of the project based on what was at hand. At times all I did in a whole month was hundred bags of cement , it was never an obsession to me.

Nothing can substitute really for peace of mind which is so paramount to good health, it is true one can not do away with certain reoccurring challenges as a leader, but instead of overly reacting to issues, it is always better to tactically respond to them. I take my diet seriously, I drink not too cold water, I mind what I eat.  I believe as they say, your food is your medicine and you are what you eat, this also goes for what I drink.  I try my best to do away with sugar, I think the key to a healthy lifestyle is moderation, like a writer puts it , moderation is when you ration your mode. I always want to keep my thoughts positive. I don’t keep malice, I dont think evil of anyone, a lot of times I let things go just to keep my portion of peace. I love music that is why you will always see musicians around me and a number of them are my friends

Now having been on the throne for 15 years, one of the things I have learnt is the protocol of Obaship. Firstly, I have learnt to adapt myself to the office. For instance, I used to be a party popper back in the states but now i have to be mindful of everything I do in public, I have to put what I call royal moderation into everything I do now, I have to think very well and put almost everything into consideration before I talk. I  am not just a king, but a leader, a father and a statesman.  The function of an Oba are multilateral and all encompassing. I had to learn to relate well with the highest offices in the land as well as the least cadre in the societal srata.

I have gained mastery over my temper, so I can now endure longer especially when we have critical decisions.

Many People Betrayed Me In My Early Yrs As KING – ABEPA Of JOGALAND, Oba ADEKEYE was last modified: January 29th, 2018 by Bunmi Mustapha