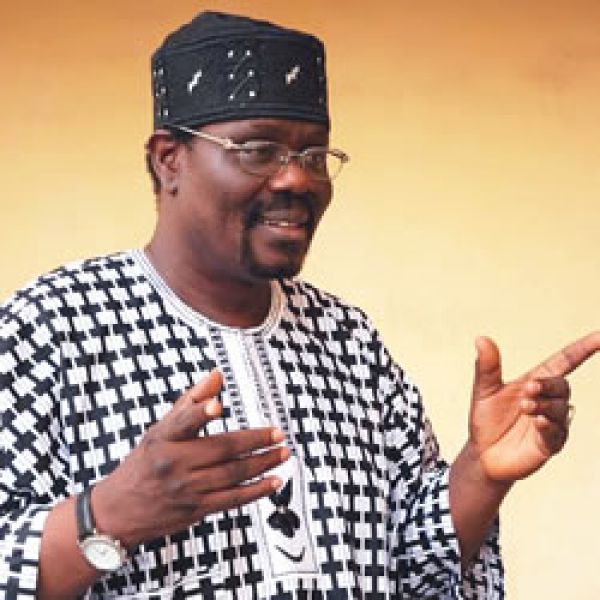 •Calls It In The Belly Of Vultures

•How He Started JOURNALISM 59 Yrs Ago

The Veteran journalist, Chief Tola Adeniyi, is set to launch a brand new book that will shake the country. It is a voluminous book, which is a compilation of his major articles on Nigeria, over the last few years, Adeniyi, whose pen name is Aba Saheed is a respected journalist, writer, author, speechwriter, and a prolific columnist and commentator.
He is a media guru who began his career in Journalism as an Official Reporter in 1959. Since that time, when he erected a public pressboard at Ago- Iwoye Secondary School, he has devoted his whole life to various genres of mass communication, ranging from acting to singing, to debating, drumming, poetry and choreography.
Since he graduated from the Quranic School (Wolimat 1955) and started his Ewi (Yoruba poetry recitation) on the network of Nigerian Broadcasting Corporation in 1961, Chief Tola Adeniyi has continued to be a mass educator and a fighter for probity in public life as taught by holy scriptures. His Islamic background has continued to influence his worldview.
Credited with well over 13,000 articles in newspapers, journals, and magazines published in virtually all the continents of the world, particularly in Africa, with the defunct Sketch newspapers, the Daily Times, the Nigerian Tribune and the Punch, and in America’s Atlanta Inquirer, Britain’s Lancashire Evening Post, and Canada’s Toronto Star, and York Region’s Business World, Chief Tola Adeniyi is, without a doubt, one of the most engaging writers of our time and a world-class intellectual, researcher and scholar.
Author of some dozen books including Teenagers Must Repent [1964] Aiye Ode Oni [1964], Soul Fire [1974], The Lunatic [1976] Nigerian Professionals [1985] The Jewel, a biography of Chief Mrs. HID Awolowo, Theatre On Wheels [1997] and Deaths in the Thighs [2001] among others, he has also written several poems, plays, and documentaries yet to be published. A vibrant political commentator and consummate analyst, Chief Adeniyi is also a strategist and tactician and has, over the years, been a Consultant on Media, Strategy and Public policy to several top-level political office holders and Corporate Institutions across the country.
He is Africa’s first Newspaper Ombudsman (from 1974/75). Also known as Aba Saheed, he has held executive positions as Deputy Managing director of Sketch Newspapers, Director Times Journalism Institute, Editor In Chief, Nigerian Tribune Newspapers, Chairman/ Managing Director of Daily Times of Nigeria, and Chairman/ Publisher of The Stamp and Naked World newspapers. He has also been a renowned Administrator. He was a Federal Commissioner, National Population Commission 1987-89, Federal Permanent Secretary charged with the relocation of the Federal Capital from Lagos to Abuja, and Special Consultant to Mr. President on Intelligence and Strategy.
A widely travelled man, who has visited all the five continents of the world, Chief Tola Adeniyi has participated in many professional courses and seminars. Chief Adeniyi relocated first to Lancaster University UK as Visiting Lecturer in 1994 and moved to Canada with his entire family in 1995 to establish Canada College of Business and Technology and Canada University Press.
Many don’t know that Chief Tola Adeniyi is a tradionalist and community leader, Chief Adeniyi has been honoured with well over 27 chieftaincy titles and appointed a Justice of Peace. He was made the Araba of Remoland by His Royal Majesty, Oba Michael Adeniyi Sonariwo, the late Akarigbo and paramount ruler of Remo kingdom on Sat. 28th of April, 2007. He is the Bobagunwa Ago Iwoye, Akogun of Ijebuland, Araba of Remoland, Iroko of Yewaland, Apala Onigege of Egbaland, Are Agbaakin of Ede, Otunba Awuwobiowu of Lagos by the late Oba of Lagos, Oba Oyekan. He is also the Irunmole of Isamure and the Jagun Odua of Yorubaland.
Chief Tola Adeniyi, winner of Best All Round Student Award [1964/65], 2nd Prize John Kennedy Essay Competition Award, [1965], a Federal and Western Region Scholar [1966-69] and Afro-American International Journalists Award [1979], holds a honour degree in English from the University of Ibadan, a Master’s degree in Theatre Studies from University of Lancaster, UK, and Diplomas in Mass Communication and Teaching of English to Speakers of Other Languages.[TESOL] A non-partisan political impresario, Chief Adetola Babatunde Adeniyi is the Chairman Linkworld-ICC, and Managing Consultant Knowledge Incorporated as well as Chairman/CEO of Toronto-based Canada College and Canada University Press. The book launch holds next month in Lagos.