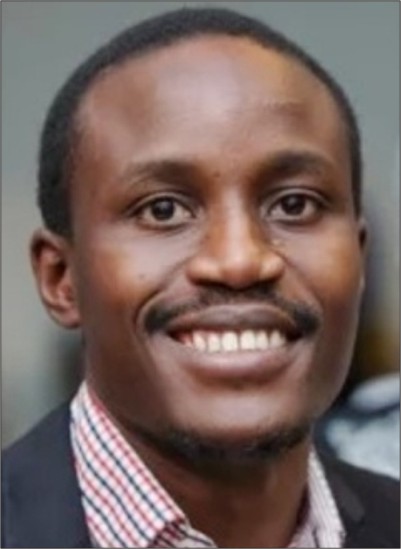 Not many people know that President Buhari has quite a handful of intelligent and vibrant youths around in Aso Rock. These are youths with quite intimidating academic and administrative credentials. It will also shock you that these guys are very much under the age of 40. City People brings you 10 under-40 aides that work with President Buhari.

Sabiu Yusuf is a nephew to the president of Nigeria, Muhammadu Buhari as well as his personal assistant.

He is a Muslim by religion and was appointed to become the president’s personal assistant in a rather controversial setting. According to a post by a Nairaland user, Olabukola, Sabiu Yusuf appeared to be a very young man with small stature when he was appointed.

‘His height and age have nothing to do with the position, but he is supposed to acquire a particular merit (maybe academically) to enable him qualify for the position’, the Nairalander added.

He was referred to by Asiwaju Bola Ahmed Tinubu, a former governor of Lagos and APC Chieftain as a man of character and integrity.

It should also be noted that he is the son of M. Buhari’s niece and the younger sister to Mamman Daura, who is considered the president’s closest confidant.

He is believed to be nicknamed ‘Tunde’ because of his closeness to the president.

According to our source, Late Babatunde ‘Tunde’ Abdulbaki Idiagbon was a Buhari’s close ally and served as the Chief of Staff at Supreme Headquarters under the military regime of Major General Muhammadu Buhari from 1983 to 1985.

Bashir Ahmad is a Nigerian Writer and Journalist who is currently the personal assistant to President Muhammadu Buhari on new media. Most of Bashir Ahmad’s education happened in his home state Kano. He attended the Bayero University in Kano and graduated in 2013 with a Bachelor of Arts degree in Mass Communication.

Before his appointment as personal assistant to the president, Bashir Ahmad worked as a journalist.

Between 2012 to 2014, Bashir Ahmad worked for Rariya Media Services LTD as an online editor and writer. Rariya Media is a Hausa weekly newspaper owned by former Minister of FCT Abuja, Dr Aliyu Modibbo. Ahmad also freelanced for Muryar Arewa (a Hausa monthly magazine) as a reporter while still employed at Rariya.

In 2015, Bashir Ahmad joined Leadership Newspapers as an assistant online editor. That same year Bashir Ahmad was also made the social media campaign director for Sam4Nigeria Campaign Organization – the presidential campaign organization of the 2015 APC presidential aspirant, Mr Sam Nda-Isaiah. He will be 30 by June 10, 2021

Tolu Ogunlesi is a journalist, poet, photographer, fiction writer, and blogger. Ogunlesi was appointed to the role of Special Assistant on Digital/New Media by President Muhammadu Buhari on 18 February 2016.

Ogunlesi was born in Edinburgh, Scotland, to Nigerian parents and has lived most of his life in Nigeria. He attended the International School Ibadan. He also holds a 2004 Bachelor of Pharmacy (B. Pharm) degree from the University of Ibadan, Nigeria. In 2011, he earned a MA in Creative Writing from the University of East Anglia, UK. Tolu is 39 years old.

Bayo Omoboriowo is a Nigerian photojournalist and documentary photographer. He is the official photographer to President Muhammad Buhari. Omoboriowo was born and raised in Mushin, Lagos. He graduated with a BSc degree in pure and applied chemistry from the University of Lagos. Bayo is 33 years

If you don’t know who Christopher Okhagbare already is, you really must have been living under a rock. Chris is the younger brother of Nigeria’s gold Olympic record holder, Blessing Okaghare. He works closely with the Senior Special Adviser to Buhari on media, Garba Shehu. He is one of the vibrant youths in Aso Rock that are making things happen.

Philip Obin is the Technical Assistant (New Media), Office of the Vice President of Nigeria. He has established himself as not just one of the best, but the best online promoter in Nigeria.

He also runs Gidi Matata, a social and entertainment platform covering evening happenings around the entertainment, political and business industries in Nigeria and beyond, with a special interest in entertainment and events. It’s also a platform for individuals and corporate entities alike to publish their opinions and adverts to millions of people free of charge.

Lanre Lasisi is an experienced Senior Reporter with a demonstrated history of working in the broadcast media industry. Skilled in Acting, Broadcasting, Storytelling, Presentations, and Editing. Strong arts and design professional with an M.A in Theatre and Performing Arts, 2008 focused in Development communication, Family Planning from Ahmadu Bello University, Zaria, Kaduna, Nigeria. Special Adviser on Media and Publicity to the Speaker, House of Representatives, Nigeria.

Abu Sidiq is one of Nigeria’s young writers. He is deploying his passion for media and communication to advance the growth and development of the political space. He is one of the conveners of Buhari Media Organisation and currently Special Assistant on New Media to the President of the Senate at National Assembly, Abuja.

Ajuri Ngelale is a Nigerian journalist and also the current Senior Special Assistant to President Muhammadu Buhari on Public Affairs. At present Ajuri Ngelale appointed Senior Special Assistant to Nigerian President, Muhammadu Buhari on Public Affairs. Mr Ajuri belongs to Rivers State, So he is half Nigerian & half American. Before becoming the President, Ajuri worked in Independent Television.

In terms of influence, all the six media aides put together would fall short of giving the right calibration mass if 35-year-old Sha’aban Sharada – President Muhammadu Buhari’s Personal Assistant on Broadcast Media (Radio) – were to be placed on the scale.