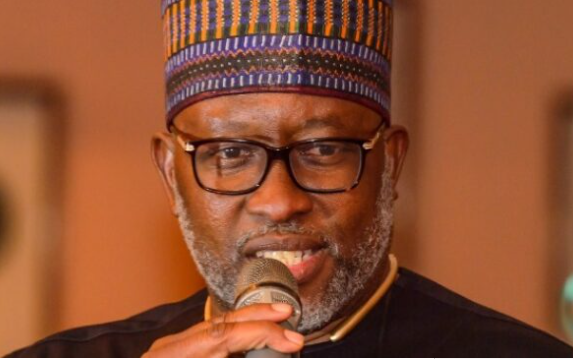 Ade Adefeko. Remember the name; we do not meet men like this every day.  A consummate commercial diplomat, an enviable polyglot, and a record-setting Nigerian who has just been named Botswana’s first honourary consul to Nigeria in Lagos. He’s the first person in Nigeria’s 60-year history to be so honoured.

But what exactly makes the man, Ade Adefeko?

Born in Nigeria a decade after independence, Adefeko has gone on to become a citizen of the world, travelling nearly 50 countries in 50 years. These trips are not without cause; the consummate commercial diplomat has worked in various sectors of many global economies; from health to agric, from communications to trade and most recently making giant strides in international diplomacy.

In December 2020, Lemogang Kwape, the minister of international affairs and cooperation of the Republic of Botswana appointed Adefeko as its first-ever honourary consul to Nigeria. By the powers of his office and the backing of the government of Botswana, Adefeko is expected to promote the commercial interests of both countries.

On Monday, Adefeko presented his letter of commission to Goeffrey Onyeama, Nigeria’s minister of foreign affairs, in Abuja.

In his 1600s play Twelfth Night, English playwright William Shakespeare rightly expresses his philosophical view on greatness, which has been part of the experience of this diplomat. Shakespeare said, “be not afraid of greatness. Some are born great, some achieve greatness, and some have greatness thrust upon them”. The English poet believed that some are born noble, some work for nobility, and some just have it handed down to them.

Adefeko was born to a diplomat father, who believed in the immense value of education and transgenerational values. He had a noble birth, but believed in the place of vision, competence and hardwork as the route to greatness.

He had his secondary education at Federal Government College Odogbolu, one of Nigeria’s flagship “unity schools”. This helped shape his perception about the need for a united Nigeria, and emboldened his love for learning languages across the river, Niger. He blossomed in his mother tongue, but also sought to flourish in other Nigerian languages.

This love for languages led him to the University of Port Harcourt, where he studied for a bachelor’s degree in foreign languages in 1990. Today, Adefeko has a vast command of French, Portuguese, German and Spanish. He also speaks Swahili, Zulu and Ndebele, common in East and Southern Africa. Beyond the foreign scene, Adefeko also speaks Yoruba, Hausa, and Igbo. One man, 10 languages.

When it comes to business, Adefeko has been there, done that. Upon graduation from the University, he started lecturing at Alliance Francaise where he helped many people, especially diplomats, further develop interest in international languages, especially French.  He left lecturing French to the oil and gas industry, before venturing into the British American Tobacco.

He worked for years in the banking sector, working across a number of banks as a core banker. Within the same industry, he switched lanes, rising fast to become the head of corporate communications at the Societe General Bank (SGBN). Adefeko went from balancing sheets to balancing the image of SGBN.

As a communication guru and image manager, he further worked as public affairs director for Multichoice, owners of DStv. In between all these, he wrote sports for THISDAY newspapers and analysed the game of football on Super Sport. When you meet Adefeko, you may break a smile from him by saying “Up Gunners”. He has supported Arsenal Football Club for about 30 years.

Watching his career trajectory, you can say like Shakespeare that “some [indeed] achieve greatness”. Adefeko is one of those.

Adefeko has travelled nearly 50 countries and is spoilt for choice when it comes to picking a favourite, but the diplomat has always had an affinity for Botswana. In 2018, the public affairs guru who maintains a column with TheCable and BusinessDay wrote about Botswana as an oasis in the desert and a new investment hub in Southern Africa.

He explained how once-upon-a-poor country became one of the few upper-middle-income countries in Africa. According to him, Botswana went from a per capita GDP of $70 in 1960 to $6,788 in 2016. In the 35 years leading up to 2001, the country had the fastest per capita growth rate of any country in the world.

He concluded that Botswana is a country that is open for business, stating that Nigeria could learn from “this tiny nation of peace, tranquility, good governance and the rule of law”. As the first honourary council, it could be said that Adefeko can mediate between both countries to achieve shared prosperity.

The 51-year-old is the current chairman of the Nigerian Association of Chambers of Commerce, Industry, Mines and Agriculture (NACCIMA) Agricultural Trade Group and a member of the Lagos Chamber of Commerce and industry-LCCI Export Group. He is also the vice-chairman of the Manufacturers Association of Nigeria Export Group (MANEG) and a member of the Industrial and Competitiveness Presidential Advisory Council.

He was recently appointed as a director of UK-based telemedicine and digital healthcare company, MobiHealth. He also sits on the board of SYNERGOS-Nigeria’s state partnership for agriculture.

For high and fast flyers like Adefeko, who have dined with presidents, defined boardrooms, and gotten to the enviable zenith of their careers before the official age of retirement in a country like Nigeria, the question about retirement often comes up.

When asked about retirement in a recent Guardian interview, the commercial diplomat said he has no retirement plan per se, stating that one should not retire from serving humanity.

“I know when I will retire. I will retire when God and my body tells me. I don’t plan for such things,” he said.

Adefeko believes that “until you die, you continue to have the ambition to be this or that”. His lifelong ambition has always been to contribute to humanity and to development of mankind, and become “a global ambassador for development”.