Meet Alaafin’s 1st Wife, Ayaba ABIBAT ADEYEMI – How Both Got Married 64 Years Ago 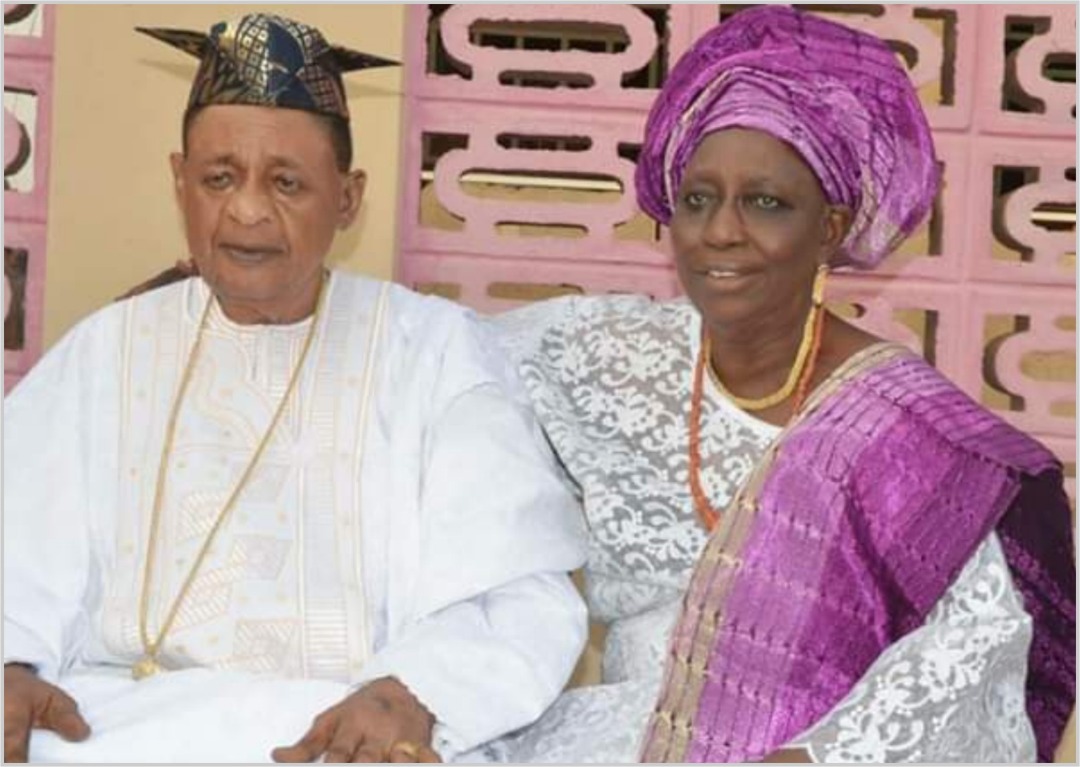 Though it is an open secret that Alaafin has many wives, it is also a known fact that the highly respected monarch loves them young and light-skinned, but not many people really know much about his first wife, Ayaba Abibat Nihinlola Adeyemi.

IyaAdodo, as she is fondly called, is not just a wife but the pillar behind Alaafin Adeyemi. As the first wife, she has many traditional roles she plays in the palace. Not only that, Ayaba Abibat has been described by many as a woman with a large heart and quality characters. She is loving, warm and accommodating.

So enormous are her responsibilities as the first wife that AyabaAbibat is said to have encouraged Alaafin to marry another wife, and today Alaafin has over 10 wives.  Alaafin, we exclusively gathered, met and married AyabaAbibat when she was in secondary school, at the age of 17. Their meeting was said to be through Alaafin’s late younger sister who was attending the same school with Ayaba sometimes in 1956. That was before Alaafin ascended the throne of his forefathers in 1970.

She was later to follow Alaafin to Lagos where he was working with an insurance company. AyabaAbibat learned the trade of sewing thereafter and became a trained tailor. They both lived in Lagos and in fact, had three children, out of which Princess Folashade Adeyemi is the family third before AlaafinAdeyemi became king. They later had an additional two children, making it five children that their marriage produced. They have five children together, three girls and two boys. All of the children are grown and highly successful. They are also blessed with many grandchildren.

Ayaba Abibat in her hay days is said to be resourceful and fashionable. Having studied and understood royalty. She knows what it means to be an Ayaba (Oloori) not just to an ordinary Oba but a well-respected king in Yorubaland. Even up till now and despite her age, Ayaba Abibat Nihinlola still carries herself with so much respect and dignity befitting of her status. She is well-loved and respected among other wives. She is a role model for many and a perfect example of what a virtuous woman should be.

Interestingly too, Ayaba Abibat and Alaafin are of the same age. Alaafin will be 82 by October this year, while Ayaba will clock 82 by December. Ayaba Abibat Nihinlola Adeyemi nee Oladele was born 23rd December 1938. She is from the prominent LagunaCompound at AgunpopoOyo.

Iya Adodo, as she is fondly called in the palace is the mother of Alaafin’s first child (daughter) and the Aremo (first son).