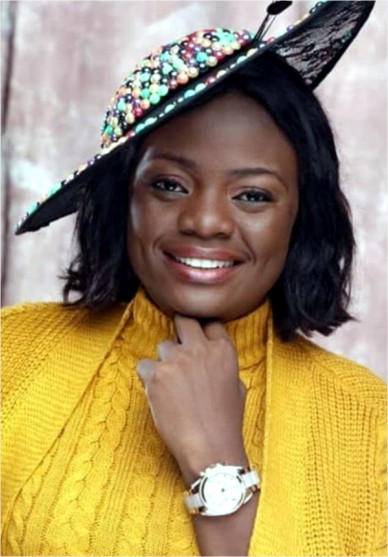 Currently rocking the gospel screen is Adeyinka Alaseyori, a young lady whose craft has taken her to many heights. She came into prominence just few years ago and she has been a hot cake performing at major concerts around the country. One unique thing about her is that she sings like Tope Alabi. She shares a very close sister relationship with gospel maestro, Tope Alabi and this also endeared her to many people. Listening to her is promisingly edifying as she raises the roof with her kind of style of rendering her songs. One of the reasons why Adeyinka has also been able to cash out in the music industry is her sonorous voice, stagecraft, the lyrics of her songs and the compositions. She has remained unarguably one of the wave-making female gospel act in Nigeria especially singing in Yoruba.

With a voice like a nightingale, Adeyinka has wowed fans home and abroad with her deep spiritual songs and she has a unique way of captivating her audience.

It’s just in few years that her music career gained prominence in the contemporary Gospel music industry in Nigeria, what makes her unique is her voice as well as her ability to create several melodies with different traditional and modern beats.2019 has been a very good year for her as she performed back to back all through the year. She has always been list as part of the gospel artist which dominated all major gospel concerts, parties and gatherings in 2019. Not only does she sing good songs but she also has a way of captivating her audience and holding them spellbound. She can perform nonstop for over 3 hours and the audience will not get tired of her. She spends a lot of time sharing the word of God and ministering to them through her music. Another plus to her is that many celebrities now invite her for special performances in their homes when having private events, one of her biggest performance was when she was contracted to perform for soccer star, Ighalo for an event in his home. Her performance of English gospel songs has also made her a hot cake for those who do not understand Yoruba.

This has made her perform on big stages in more than half of Christian crusades and functions in the country.

Adeyinka Akinyemi popularly referred to as Adeyinka Alaseyori as her stage name is an accountant by profession and a Gospel music minister by virtue of Gods calling over her life. She started music professionally in 2012. Her mandate is to bring down the hand of God through praise and minister healing and salvation to souls. She recently launched her album, Àrojìnlé (The Complete Album) which came out officially on 20th July 2020. She attended methodist girls’ high school, Yaba then graduated from Lagos state polytechnic. She is happily married and hails from Ondo State.

READ ALSO: HOW MANY CELEBRITIES WITH DIABETES ARE DYING OF COVID-19

How Many Celebrities With DIABETES Are Dying Of COVID-19