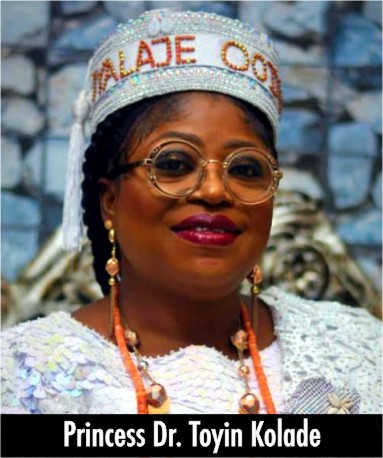 •Who Ooni Doesn’t Joke With Them

When you talk about a social group that cuts across the entire Yoruba race, home and abroad, the Yeye Gbobaniyi O’ODUA (YGO) comes to mind. It is a social-cultural organization Ooni of Ife, his Imperial Majesty, Oba Adeyeye Enitan Ogunwusi doesn’t joke with. The group is strictly for women and enjoys a large pool of top socialites and celebrities of high esteem.

The group has been in existence for decades but got registered three years ago, hence it became a legally backed association. The group was founded to support Ooni Ogunwusi, Ojaja ll in promoting the Yoruba cultural heritage which is highly cherished by the Karo Ojires (the bona fide Yorubas). They ensure this by embarking on laudable and highly impactful projects in the land and most especially development and people-oriented ones.

The association is doing a lot to achieve the greatness of the entire Yoruba race as it is embarking on various projects such as the building of a 21st Century Vocational Training Institute named “YEYE GBOBANIYI O’ODUA INTERNATIONAL VOCATIONAL TRAINING INSTITUTE” in Ile Ife, Osun state. The centre is an avenue to engage the teeming population of the youths by training them in a number of lucrative vocational skills with the goal of making them self reliant and employers of labour. The centre will offer training in skills like catering, sewing, mechanics, hairdressing and lots more.

The group is really making head-ways thanks to the unflinching support given to them by the development-oriented Arole Odua, Ooni Adeyeye Ogunwusi as his Imperial Majesty had allocated acres of lands to the esteemed group to build the Training Institute to facilitate the huge project.

Egbe Yeye Gbobaniyi Odua is a big fish that cannot be put aside when it comes to promoting the cultural heritage of the Yoruba race. The supportive role its members all dressed in their colourful attires played during the just concluded Olojo Festival is quite commending and remains fresh in the minds of many people who graced the annual event.

Egbe Yeye Gbobaniyi Odua boasts of many highly placed and influential personalities as members; those with track records of success and are indispensable in their chosen field of endeavours. They are highly stylish and compassionate; no wonder each member bears the title “Yeye” which means “a caring mother” to their names. Below is the list of the founding members, executives and general members of the reputable association: