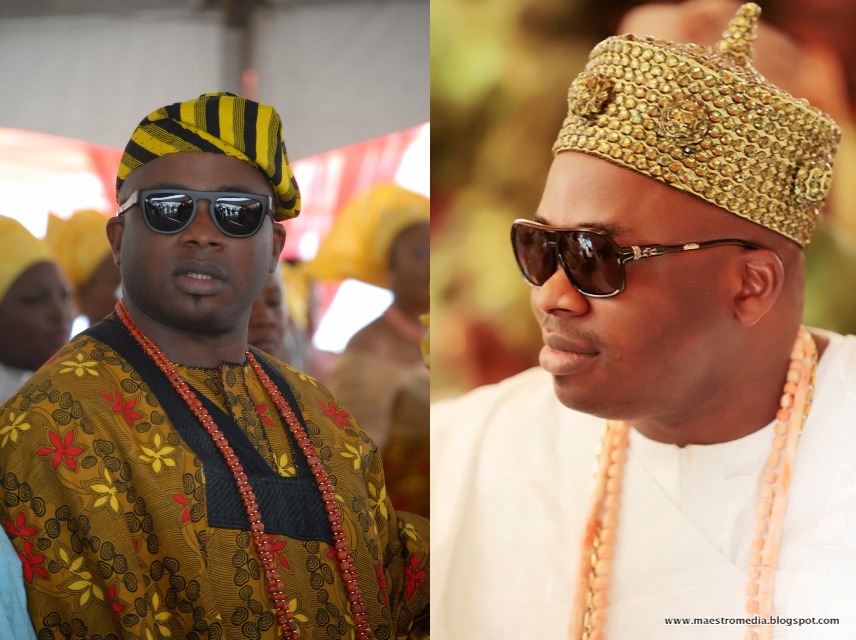 Do you know Oba Saheed Elegushi’s, the Ikusenla the 111, late father, Oba Yekini Elegushi had 17 children? This we can confirm to you authoritatively. Though some are not based in the country but they are all doing so well in their chosen careers

The great Elegushi Royal Family, according to the family tradition began with Kusenla, reputedly a descendant of King Olofin of Iddo. His other descendants became known in history as the Idejo Chiefs, erstwhile autonomous rulers of their respective territories. Kunsela was the custodian of the tradition and history in his lifetime. He was the first Legushi of Ikate, over 300 years ago. At that time, he was called ‘Elegushi’. The royal family name ‘Elegushi’ became adopted and now it is borne by every member of the royal family. Kusenla is also title of Elegushi. There’s Kusenla the first, the King’s father was the second and the King is Kusenla the third.

Penultimate Monday 18th of November, 2019, Oba Saheed Ademola Elegushi threw a classy 10years Remembrance for his Late Dad, Oba Yekini Elegushi, and many of the children stepped out at the event. The Ikusenla the 111. Of course, Oba Muhammed Saheed Ademola Elegushi as he is fondly called is not just a King, his Father was an immediate past king of Ikateland.

Late Oba Yekini Elegushi a First class Oba in Lagos system. He is not just a respected king in Lagos traditional of Obad, he was very close to other first-class Obas of Eti Osa like late Oba Idowu Abiodun Oniru to mention few. Not only does his family miss him, but many good people of Elegushi also wouldn’t forget in him in a hurry due to many developments he had brought to Elegushi and entire Eti-Osa.

This was why many of the close friends of the entire Elegushi Ruling kingdom rolled out the drums on Monday to celebrate the late patriarch of Elegushi Dynasty, Late Oba Yekini Elegushi. Despite being a working day, the entire road which led to the white spacious palace was filled to the brim with human and vehicular traffic of important Lagos personality. They all rocked the purple, white, and pink colour theme for the 10years Remembrance.

Oba Ademola Elegushi who never does his own thing in small measure couldn’t control the crowd despite planning for 1500 guests. Did you ask why a small crowd of 1500 for the Elegushi whose crowd is always nothing less than 5000 to 10000? Well, it is delivered that Oba Muhammed SaheedAdemola Elegushi is planning a one in town 10years Coronation anniversary as the king of ikateland. Its is said that the party will shake the whole of Lagos to its roots. A committee has already been put in place while many of his friends and associates have already been planning big for that.

It will be recalled that the late Oba Yekini Elegushi died in November 2009, at the Reddington Hospital, Victoria Island, Lagos. Consequent upon his transition, his son, Oba Saheed Ademola Elegushi (Kusenla 111) was enthroned and presented the staff of office in April 2010.

Oba Saheed Ademola Elegushi and his 5 brothers led his 12 sisters to the special prayer which took place at the palace. Oba Ademola may not the first Son of the Elegushi 19 siblings but his position as the king has made him the head of the family. Of course, the Elegushi siblings share a very strong bond with one another.

Oba Saheed Ademola Elegushi (Kusenla III), had his Primary School Education at the St. Mathias Primary School, Lagos between 1981 and 1987. He also had his Secondary School Education at the Methodist Boys’ High School, Lagos between 1988 and 1994 and went to the prestigious Lagos State University, Ojo Campus between the year 1995 and 2000 and earned a  Bachelor of Science Degree (BSc) in Economics where he graduated with a Second Class Honourary Degree. He also had his Master Degree in Economics at the Lagos State University, Ojo Campus between 2002 and 2003.The then Prince Saheed Ademola Elegushi also proceeded to the University of Manchester, Manchester Business School, United Kingdom and got a  Master Degree in Public Administration between the year 2008 and 2010 before his emergence as the Oba Elegushi of Ikateland.

His intention to pursue a Masters Degree in Public Administration in one of the best institutions in the world was inspired by the real challenges of governance and realities he confronted in the course of his brief stint in the government of Lagos State, Nigeria, from May 2003 to date. He was the Personal Assistant to the Governor of Lagos State, Asiwaju Bola Ahmed Tinubu between 2003 and 2007 and remained the Senior Special Assistant to Governor Babatunde Raji Fashola, SAN on Special Duties from June 2007 until his installation as the Oba Elegushi of Ikateland on the 27th of April, 2010.

How KENNEDY OKONKWO Became King Of Real Estate In LEKKI