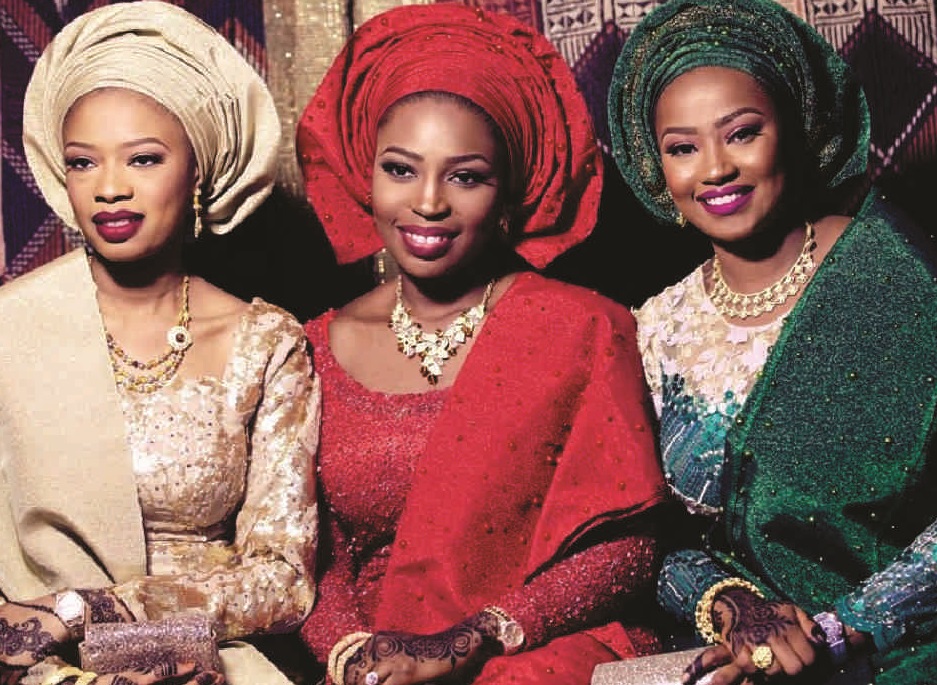 They are daughters of prominent celebrities up North and not necessarily Northerners. But they sure rock this part of world. Some of them are not even based here but once in a while they show up and light up events with their pretty faces. Some are married while most are single and still ready to mingle. Managing Editor Bamidele Ogundana brings you the first part in a two part series on pretty daughters of celebrities up North.

FATIMA WUSHISHI
She is the pretty daughter of Ahaji JIbri Wushishi, prominent Niger businessman, she recently got married at a wedding in Niger State.

KIKI OSINBAJO
She is the publicity-loving daughter of Vice President Yemi Osinbajo. Kiki has been very active on the social media with pictures that blows your mind, yet not at all offensive to the eyes.

SYLVIA EKWEREMADU
She is the pretty daughter of the Deputy Senate President, Ike Ekweremadu. She is belived to be based in the United States of America. 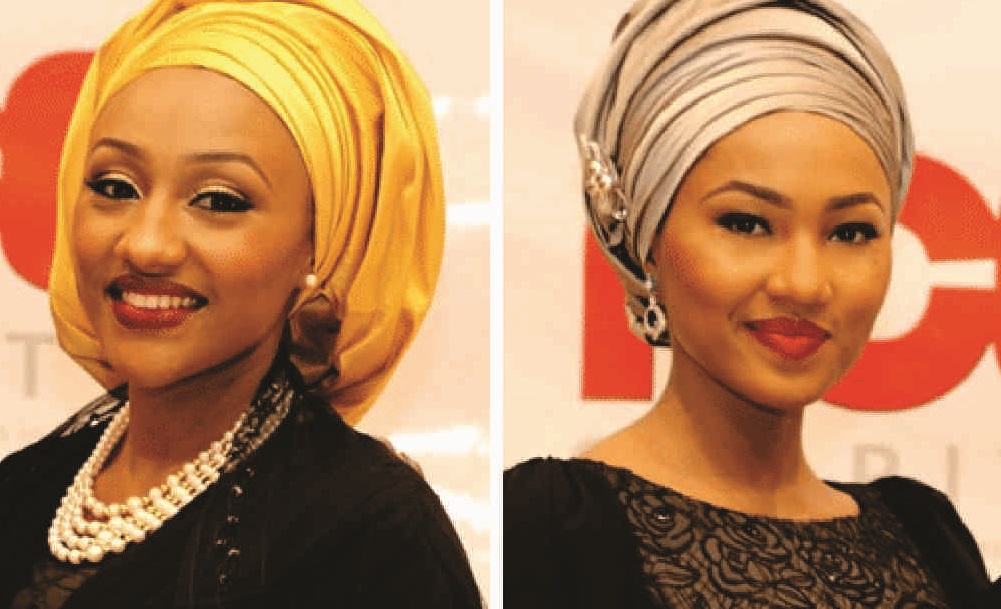 HUWAILA AND AISHA NAMADI SAMBO
The two ladies are daughters of former Vice President Namadi Sambo. They got married while their father was still the Vice President.

JASMINE TUKUR
She is one of the daughters of top politician Bamanga Tukur.Although she is sometimes seen at A class events in town, she resides in the US.

SHAHIDA SANUSI
She is one of the daughters of the former CBN governor,Lamido Sanusi who is now the Emir of Kano. She got married to her beau Abdulkhadir Baba Ahmed last year December.

SIDDIQA SANUSI
Siddiqa is one of the daughters of Emir of Kano whom he revealed got engaged in November 2014.

MOFIDA SANUSI
Mofida is also one of the daughters of the Emir of Kano Lamido Sanusi. She recently got engaged few months ago . 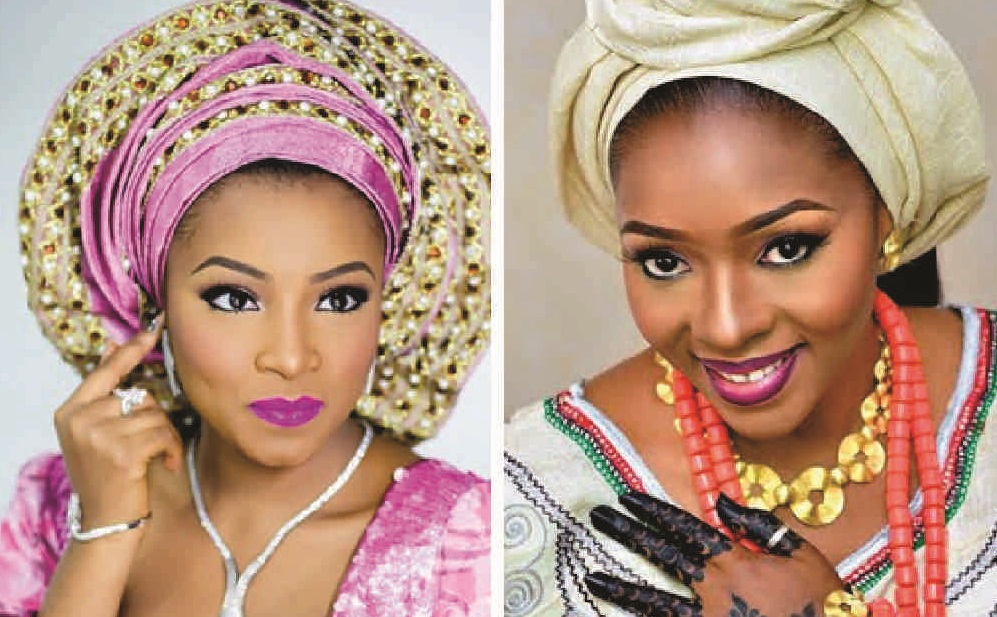 KHADIJA SANUSI
She is one of the daughters of the Emir of Kano and loves to live her quiet life, hence her rapt reaction that trended on the social media when her picture was published in a popular blog.HADIZA IDRIS
She is the pretty daughter of Alhaji Dr Shehu Idris,the Emir of Zazzau.Hadiza recently got married to billionaire businessman man Mohammed Indimi’s son,Jibrilla .The wedding which held last week in Zaria was talk of town.

ZAINAB YARI
This chocolate skinned beauty is the daughter of Zamfara state governor, she got married to her beau Abdullah Jibrin in 2014.

MARYAM TUKUR SHAGAYA
Pretty Maryam is a medical doctor and the daughter of Alhaji Bamanga Tukur.She graduated from Leicester University UK and is married to Hajiya Bola Shagaya’s son Sheriff.

ASMAU AND AISHA ATIKU
They are also pretty daughters of former Vice President, Atiku Abubakar. The duo are believed to be single.

ZUKKY INDIMI DANTATA
Pretty Rukky Indimi Dantata is the daughter of billionaire businessman Mohammed Indimi, the Chairman of Oriental Energy Resources, one of the biggest oil exploration and production company in Nigeria. Rukky is married to the Dantatas.

ZARA INDIMI
Zara is one of the daughters of billionaire businessman Mohammed Indimi. The plump and bubbly babe is the CEO of a popular restaurant ,Tulip Bistro and is married .She lives in Abuja with her husband Mo Hammed.

ADAMA INDIMI
Light skinned beauty Adama Indimi is a half Nigerian,Half Swiss&Chadian.She is one of the daughters of billionaire Oil magnate Mohammed Indimi of Oriental Energy, a fruit of his union with his half Swiss half Chad wife. The young entrepreneur who once dated music star Dbanj is a model and owns a travel agency Kauna Solutions.She schooled at Lynn University Florida.

MERAIMA INDIMI
Meraiam is one of the popular Indimi daughters and she is a social butterfly just like her elder sister Adama Indimi popularly known as Presido.She is the second child of her half Swiss& Chad mum who is currently married to billionaire Mohammed Indimi. These half caste beauties share striking resemblance with their mother.

WALIDA ATIKU MURTALA
PRETTY Walida is one of the daughters of former Vice President of Nigeria,Atiku Abubakar.She is happily married to Garo Murtala, the couple got married November last year.

RUKAIYA ATIKU
Fashionista Rukaiya is one of the daughters of former Vice President of Nigeria, Atiku Abubakar. The chocolate complexioned bubbly young girl loves globetrotting and has a flair for fashion trends. She lives in NewYork,USA and is a shoe lover.

HALIMA DANGOTE
Halima is the daughter of Nigerian billionaire, Aliko Dangote who is ranked by Forbes magazine as the 67th richest person in the world and the richest in Africa, is a man of great repute with giant strides in different sector of the Nigerian economy.. She is a “Marketing Major” graduate from the American Intercontinental University, London. She proceeded to Webster Business School, London immediately after her first degree, where she enrolled and obtained a Master of Business Administration (MBA) degree. She currently works directly with her father as a strategist in the multi-billion Dangote Group conglomerate.
Based in the United States, Halima is happily married and a mother of two girls. She tied the knot with her hubby Sulaiman Sani Bello in Kano years ago.

FATIMA ALIKO DANGOTE
Fatima Aliko Dangote is also one of the Africa’s top billionaire’s daughter. She is reportedly the CEO of Cupcake factory in Lagos.

WALIDA ATIKU MURTALA
Pretty Mariya who is a splitting image of her dad is one of Aliko Dangote’s daughters. Mariya received a Master’s degree from Coventry University in April 2015 and her family was present to celebrate with her.

GUMSU SANI ABACHA
She is the prettiest of all the daughters of late Military Head of State,Gen.Sani Abacha.Happily married to a billionaire businessman from Cameroon, Bayero Fadil, the beautiful Gumsu is a mother of 5 kids.She is very active on social media and loves to travel. 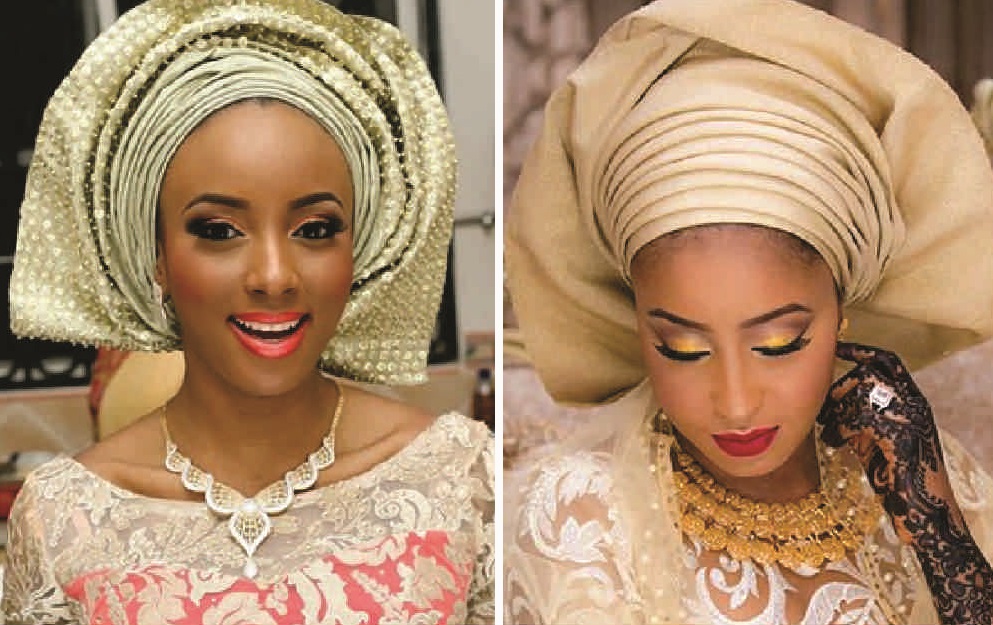 HALIMA BUHARI
She is one of the daughters of President Buhari and a lawyer by profession. Halima is married.

ZAHRA BUHARI- INDIMI
Zahra Buari is one of the daughters of the president of Nigeria,Mohammadu Buari and she became very famous after her father won the 2015 presidential elections as nothing was relatively known about the stunning beauty who was living her life abroad. She married one of the Indimi sons late last year.

HALIMA BABANGIDA
Pretty Halima is one of the daughters of retired General Ibrahim Babangida. She is also a very close of Maryam Tukur and was part of the train at her grand wedding. She also got wedded some months back in a glamorous event.

AISHA DANGIWA
Delectable Aisha Dangiwa Umar is the daughter of former military governor of Kaduna State. She got married to the son of former governor of Kebbi State Mustapha Adamu Aliero 2 years ago.

KHEIRA EL RUFAI
She is one of the pretty daughters of former FCT Minister and the current Governor of Kaduna State.
BARAATU MUAZU
She is the pretty daughter of National Chairman of PDP Adamu Muazu.She is married to son of a northern billionaire Ahmed Mutallab.

MARIYA SUNTAI
She is the daughter of former Taraba State Governor Danbaba Suntai. She got married last December to Shehu Abdullahi in Abuja.

ZARHA ABUBAKAR
Pretty Zarha is the daughter of one time FCT Minister Ibrahim Bunu. She is currently married to former Inspector General of Police, Mohammed Abubakar.

AISHA BADARU
Pretty Aisha is the daughter of governor of Jigawa State , Alhaji Mohammed Abubakar Badaru. She got married to her beau Abubakar last year.