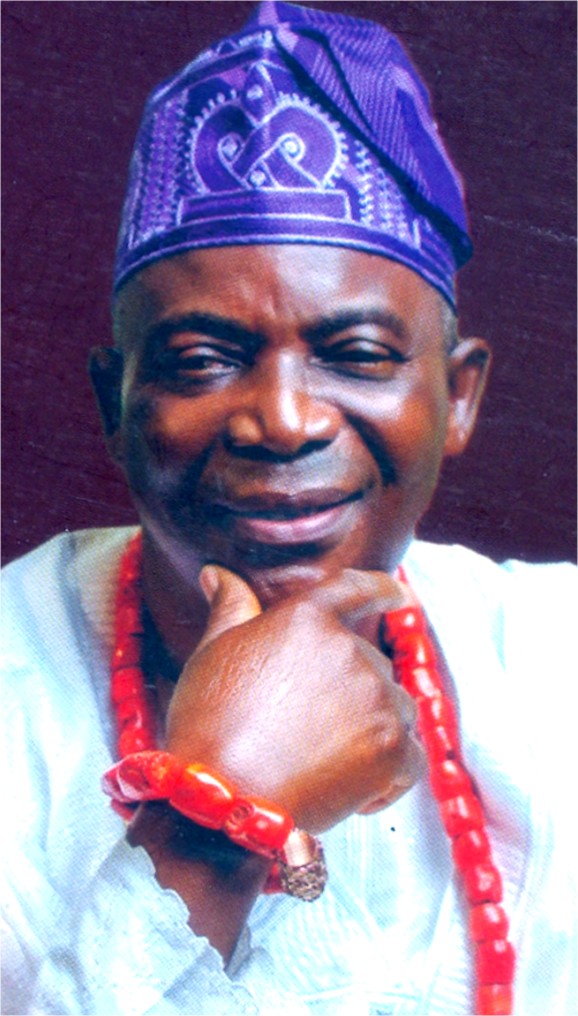 Do you know that Ijebu-Igbo has produced so many successful sons and daughters who are doing well across the country? If you don’t, please be the first to know.

At the just concluded Orimolusi Ojude Oba Festival in Ijebu-Igbo, a lot of the indigenes of the town trooped out in huge numbers to celebrate with Oba Lawrence Jaiyeoba Adebajo, the Orimolusi of Ijebu-Igbo, who became king last February.

With his installation as Orimolusi, Oba Adebajo has joined the other existing Obas of the 5 Quarters that make up Ijebu-Igbo, namely: Oba Mufutau Adesesan Yusuf (Sopenlakalu of Oke Sopen), Oba Abdulrasheed Abayomi Banjo (Olokinne of Ojowo), Oba Ibitoye Solaja (Keegbo of Atikori), Oba Stephen Adekoya (Bejeroku of Oke Agbo) and Oba Aderemi Adewale Ogunye (Abijaparako of Japara). The Orimolusi is the paramount ruler of Ijebu-Igbo.

These traditional rulers are part of the indigenes of Ijebu-Igbo who are very popular, both in the town and beyond. There are others like distinguished Senator, Lekan Mustapha, the current Ogun-East Senator at the Senate. He has had a brilliant political career having been Senator twice.

There is also Senator Adegbenga Sefiu Kaka who is another popular indigene of Ijebu-Igbo. He is the Baba Adinni Ijebu Igbo. He is infact a seasoned and accomplished politician who rose through the ranks Ogun State Politics to become the Deputy Governor of the state.

There are also others like Otunba Femi Dinah, an accomplished Accountant &  Lawyer who was the Chairman, Orimolusi Coronation Committee and the Chairman of the Orimolusi Ojude Oba Festival.

There are others like Hajia Aminat Shola Fowosire, Chairperson of the planning committee of Orimolusi Ojude Oba Festival 2022, Otun Babatunde Ganiyu, Chairman Regberegbe-In-Council and Ojude Oba Organising Committee. He is the MD/CEO of Autodeal Motors in Ibadan. There is also Mr. Edward Olakunle Sonuga who is into Oil & Gas, Healthcare and Farming. He is into Import and Export produce business. He is the CEO of Alphine View Nig. Ltd.

There is also Giwa Sunday Oshifeso of Egbe Gbobaniyi Asiwaju Oloriire and Alhaja Oluwayemisi Fowosire, the Iyalode of the Egbe. There is also Alhaja Yetunde Fowosere, who is a supplier of all kinds of woods such as Opepe, Apa, Mahogany, Masonia, Koko Igbo, Omo, etc.

Lets tell you about Alhaja Seidat Agarawu, the Iyalode Egbe Bobagunte Obinrin Orimolusi. There is also Hon. Bolajoko Oseni (BMO) the CEO of Bollything Hotel & Suites in Ijebu Igbo. It is one of the popular hotels there. There is also Dr. Babatunde Rowaiye, Otunba Sigboro, Japara; Otunba Olayinka Olanrewaju, the Aare Bobaselu of Ago-Iwoye (who is the MD/CEO of Yinksolange Global Synergy Ltd. He is into Automobiles, Properties and Haulage. He is a big Importer & Exporter. He is also a General Contractor.

Let’s also tell you about Mr. & Alhaja Hakeem Sulaimon. He is the man behind SATKEEM Nigeria Enterprise. He is into poultry farming. He is also a Plank Merchant. There is also Alhaji Olusegun Agbomeji, the CEO of Agbomeji & Partners. He is an Estate Consultant in Ibadan. There others like Alhaja Sariat Adeleye (Iyalaloje Gbogbo Akile Ijebu, and Chief Adebola Popola (Babaloja Ijebu North).

Let’s tell you about this stunning beauty, Alhaja Fatimah Agarawu, the CEO of Bingtag & Son Ventures. She is a Big Ponmo Dealer in Ijebu-Igbo. There is also Giwa & Chief Mrs. Osifeso Sunday Adeyinka. We almost forgot to tell you about Alhaja Lawal Olaoti Ewatomi Delaw, the CEO of Tolani Store at Oke Sopin in Ijebu Igbo. So also, Alhaji & Alhaja Kareem Idowu also are Ponmo Dealers. They run IDMOS Nigeria Limited. There is also Hon. Adekoya Adesegun Abdulmajid popularly called Attacker. How about Alhaja Oluwakemi Odutayo. She is a successful business woman, just like the MD of Yesogo Stores at Oke Sopan in Ijebu-Igbo.

There is also Alhaji Chief S.K.B Amoda Lawal, the Seriki of Oke Agboin Ijebu Igbo. There is also Mrs. Folake Banjo, the Iyalode, Egbe Jagunmolu Alalubarika Original and Otunba Abimbola Hazeef the CEO  of ABLAS Group in Ibadan.  There is also Omolola Lawal, a big time Plank Seller in Ijebu-Igbo.

There are others like Otunba Olaide Emiola Osifeso and Alhaji Abdulwasiu Omolewa. Let’s also tell you about this stunning beauty Alhaja Mutiat Omobowale Osifeso, CEO Fabric Star Plus. There is also this beautiful couple Dr. & Mrs. Samuel Akinlaja of DePeace Hotel & Suites in Ilorin, Kwara State.

Let’s tell you more. There are other prominent Ijebu-Igbo sons and daughters like Chief & Chief Mrs. Toyin Oyewoga. There is Dayo Otunuga, Adeyeno Ojoge and Barrister Ajibola Kalejaye of Ijebu Igbo Social Club. There is also Alhaji Olugbenga Oluyemi (FCA), the Chaiirman of Kan Ekun Group in Ijebu-Igbo. There is also Dr. Babatunde Ipaye, a former Health Commissioner under Gov. Ibikunle Amosun. Let’s tell you about members of Dynas Club Ijebu Igbo. Kola Balogun is their President and Abiodun Ogunbanwo is their Chief Scribe.

How about Lady Jumlar, the Rice Queen in Lagos? Many don’t know she is from Ijebu-Igbo. Her real name is Chief Mrs. Ibilola Solaja (Jumlar).

Do you also know that former Minister, Dr. Akinwunmui Adesina, the Agriculture expert is an indigene of Ijebu-Igbo? How about the Paper Merchant, Laide Fowosire, whose proper name is Alhaji Sambakiu Olaide Fowosire? He is Nigeria’s No 1 Paper Merchant. He runs Nucleus Ventures Ltd at the Matori area of Lagos.

It is the same thing with Alhaji Ganiyu Fowosire popularly called Omo Gafo.

It won’t be arrogant to say that Ijebu-Igbo has produced very many brilliant indigenes who are Professors, Medical Doctors, Engineers and big businessmen. For instance, many don’t  know that Prof. Babatunde Osotimehin, the former Minister of Health is from Ijebu-Igbo, So also former Health Commissioner during Gov. Amosun’s tenure in Ogun State, Dr. Babatunde Ipaye. He was also former Adviser to the National Malaria Control Programme, Permanent Secretary Ministry of Health, Lagos-State. How about Dr. Bayo Banjo? He is from Ijebu Igbo, just like Prof. Olufemi Bamiro, the former Vice-Chancellor of the University of Ibadan and Late legal luminary, Chief Akinola Adaramaja (SAN).

Why Beauty Business Is Booming Now!

How Eating Right Can Make You Live Longer