Home News Melaye Did Not Jump Out Of Vehicle – Aide
News

Melaye Did Not Jump Out Of Vehicle – Aide 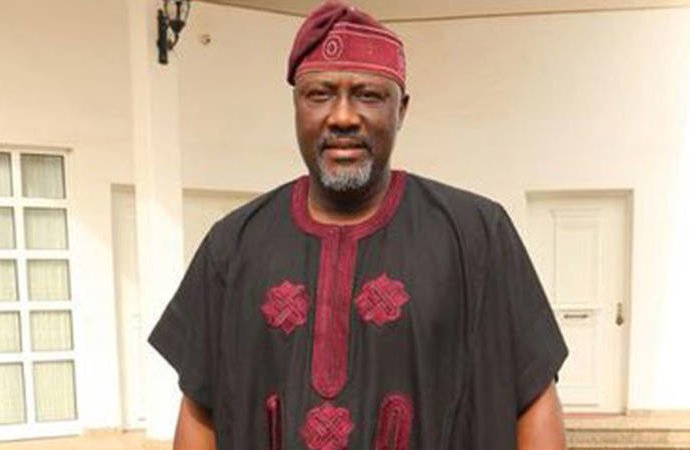 Special Adviser to Senator Dino Melaye, Gideon Ayodele has faulted reports that his principal jumped out of a moving vehicle in an attempts to evade police move to take him to Lokoja, Kogi State capital.

Ayodele in a statement late Tuesday noted that it was not possible for Melaye to have jumped out of a moving police vehicle when he was sandwiched by armed policemen forcing him against his will to Lokoja.

Insisting that “nothing could be farther from the truth”, Ayodele said that the “insinuation is practically impossible for a man saddled between gun-wielding policemen.”

He added that the “incident was a last resort by Senator Dino Melaye in order foil attempt to kidnap him and kill him by agents of Kogi State governor in connivance with the Police.”

“Sequel to the avalanche of calls by well-meaning Nigerians and supporters of Senator Dino Melaye for enquiries about the well-being and safety of the Senator and against the backdrop of baseless rumours being spread on the social media, we are constrained to make the record straight as follows:

“Earlier in the morning, Senator Dino Melaye as a law-abiding citizen voluntarily submitted himself to the operatives of the Special Anti-Robbery Squad (SARS) who had laid siege to his private residence since around 3.35pm of Monday, April 23, 2018.

“He, along with his lawyers and personal aides, was driven in his private car to the SARS office in Guzape district of Abuja, sandwiched among the numerous police vehicles earlier deployed to his house.

“For the avoidance of doubt, he had never evaded police invitation before now because there was none extended to him in the first place. Rather, what the Police FPRO, Mr. Jimoh Moshood, had been doing was to summon the Senator through media briefings, a practice which is unconventional.

“But given the media hype the whole saga had generated especially his unwarranted travails in the hands of Immigration officials at the Nnamdi Azikiwe International Airport in Abuja on Monday, April 23 and the attendant but dramatic police siege to his private residence thereafter, where family members and political associates were subjected to traumatic experience for hours, it became necessary for Senator Dino Melaye to end the drama, hence his choice of appearing before the police today.

“Later on they moved to take him to Lokoja, Kogi State. The public will vividly recall that this same case involving Senator Dino Melaye had already been transferred to Abuja by the Chief Justice of the Federal High Court after Senator Melaye expressed worry about his safety in Lokoja. Now, the question is why will they want to forcefully take him to Lokoja? The Senator believes they are doing the Kogi Governor’s bidding in order to assassinate him.

“Contrary to online reports about jumping out of a moving police vehicle; Nothing could be farther from the truth as such insinuation is practically impossible for a man saddled between gun-wielding policemen. Today’s incident was a last resort by Senator Dino Melaye in order foil attempt to kidnap him and kill him by agents of Kogi State governor in connivance with the Police.”

Melaye Did Not Jump Out Of Vehicle – Aide was last modified: April 25th, 2018 by Reporter