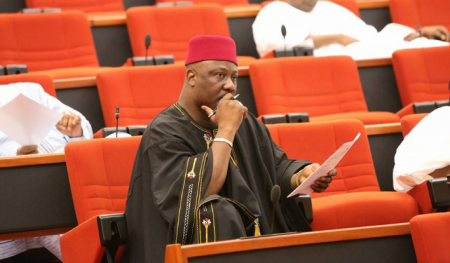 The Chairman of Senate Committee on Federal Capital Territory, Dino Melaye returned to the upper legislative chamber on Wednesday.

He walked to the Senate chamber in a walking stick at 11.13 a.m. and was accompanied by his supporters.

Melaye told his colleagues that the police attempted to kill him twice by trying to inject him.

The senator was arrested by the police last month over alleged illegal possession of ammunition.