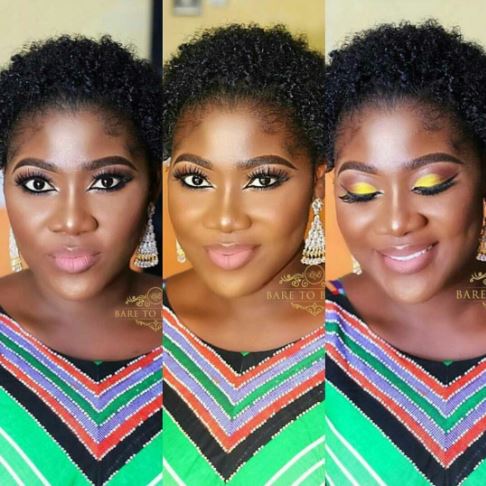 Screen goddess Mercy Johnson Okojie talks about her latest Epic Movie “Inikpi” The Lamb, which will be hitting the Cinema soon. She also talks about and how she has been able to manage being a mother, filmmaker and Civil Servant together.

Can you tell us about your latest movie?

My latest film is an Epic Movie titled “Inikpi” “The Lamb”, Inikpi is an Igala language. It will be in Cinema by July. Basically, the movie is all about one of the historical events that took place in Kogi State, the relationship that happened between the people of Benin and Igala (Kogi). The state is very rich in Culture and Tradition, which a lot of people are not aware of, so it is just to sell our culture and tradition to the outside world, and also educate our youths, who really were not aware of some historical events that have happened in their town. In the course of shooting this movie, lots of questions were asked, even by the indigenes of the state, especially our lead character Nancy Ameh, she was surprised to hear that such event took place, and she never heard about it. Besides selling our culture, we also decided to educate our youths.

What are the challenges you faced shooting this movie?

First and foremost, my sincere appreciation goes to the Chief of Staff to his Excellency, to sons and daughters of Kogi State, they were so excited to have top Nollywood actors come into the state to celebrate our culture with us through the production of a good movie for the big screen, there are issues but we scaled through.

How long did it take to shoot the movie?

It took a year to work on the script, because we had to make a lot of enquires, the event took place in Igala land in Kogi State, so we had to visit the Attah of Igala land, who was of great help, directed us to a Professor who used the Inikpi story as his thesis abroad. The script was written four times, lots of corrections were made. We wanted a perfect story and perfect interpretation as well, so in achieving all these lots of fact findings and enquires were needed which we eventually achieved. When you see the movie, then you will understand better.

There are lots of tribes in Kogi State, why did you single out Igala people, to do a movie on them?

It’s not all about where I come from or the post held but to bring up the entertainment sector in the state to an enviable stage that people would want to come and learn from us, if we had done “Ibira” story, they would say oh Yes, no wonder, that is where she’s from. On that note, I said let’s do something from the Igala tribe. Moreover we are having the Kogi State diary, bringing out the cultures one after the other, so more are still coming, no tribe will be left out.

Is this the first movie you are producing? No, It’s my 2nd actually.

How then do you cope with the home front and duty roles as the SA to the governor?

Well, it has not been easy but I’m a home girl, there are priorities. God first, then family, other things follow. When I am not happy at home then I can’t function properly in whatever capacity.

Any plans for full-time politics?

No Not at all.

I can equally effect change in my community without holding any political post. My hubby is already a politician but I’m not. So I think it’s enough on my shoulders that am responsible for everything you do is under scrutiny, that public eye is enough for me I would not want to top it with political responsibilities, I cam represent my community in a good light, help people, touch lives, do the best I can and remain a good woman but not with a political tag.

How true is it that, you always show off your husband on Instagram, just to spite you colleagues that are not as lucky as you in their marriage?

I’m not in competition with anybody, I always do me, because I am just myself, you can never tell what tomorrow will beget, I am always me even on social media.

When should we expect another baby from you? Are you scared of the labour room?

I am obsessed with children, while growing up, I always had it in mind that I will have four children, so we still need one more to complete it, so we always play football correctly 3 boys and 3 girls.

Which stars did you feature in the movie?

I featured lots of stars such as Paul Obasele Saidi Balogun, Mercy Johnson and a host of others. It was directed by Frank Rajah arase and the lead character Nancy Ameh was gotten from the Kogi talent hunt show. She came first and that’s how she got the role she played in the movie.

MERCY JOHNSON Talks About Her New Movie was last modified: May 13th, 2018 by Reporter