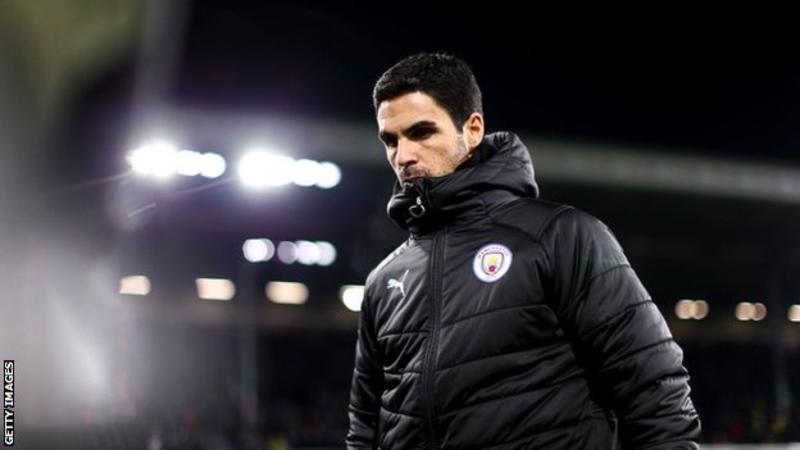 Arsenal’s legal team have been in contact with their Manchester City counterparts over Mikel Arteta becoming the next Gunners boss, but there is still no agreement in place.

Arteta has said his farewells to City staff, with the expectation being that he will be unveiled on Friday.

The Spaniard remains under contract as City are still waiting for Arsenal to offer to pay compensation.

City remain angry at how Arsenal have conducted themselves since Sunday.

The Gunners failed to mention their interest in the 37-year-old succeeding Unai Emery despite the two teams meeting at the Emirates, but then sent two senior officials to Manchester for a late-night meeting with Arteta following the champions’ 3-0 win in London.

There has still been no call from anyone in a senior position at Arsenal to City, who do not blame Arteta as he has kept manager Pep Guardiola fully informed.