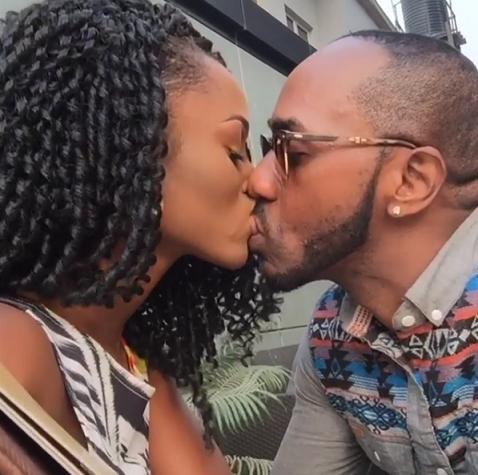 Delectable hip-hop artiste, Eva Alordia, has taken a swipe at Mavin Records singer, Iyanya and others who have fired shots on her for being engaged for 16-months.

Popular Nigerian rapper, make-up artist and fashion designer, Elohor Eva Alordiah, better known as Eva Alordiah or simply Eva, has taken a hilarious swipe at Iyanya and others who have criticized her for being engaged for 16-months, asking them to quit poking their noses in her romantic affairs.
The s*xy rapper whose fiancée, Caesar Ume-Ezeoke, fired back at Iyanya last week for mocking her 16-months engagement earlier this week, also decided to respond to Iyanya’s mockery, and spared nothing as she went all out in a hilarious video on her Instagram page.
The delectable hip-hop artiste, Eva Alordia, who is considered as one of the best female rappers in Nigeria, set the record straight about the misconception that she has been engaged for 16-months, and lashed out at Iyanya, asking him and others who have been criticizing her 16-months engagement, to mind their business, stressing that her love life is nobody’s concern.
“For your official information, yes, I have been engaged for 15-months, and in those 15-months that I’ve been engaged, I have been dating my sweetheart for 16-months. So, do the Maths: we’ve been dating for 16-months and out of those 16-months we’ve been engaged for 15months, so please leave me to be doing my dating, because there are some people who have been dating for 5-years, while some have been dating for 13-months and they will still marry after those 13-months,” she said.
She went ahead to warn critics to quit pressurizing her to get married because she is still in the learning process of marital issues.
“Right now, nobody should tell me nonsense, because right now I’m still dating my partner. I don’t have to copy the trend in the society, there are  lots of things I still need to learn in the society; when it is time to marry I will marry, I don’t have to get engaged and marry immediately”, she retorted.
Mind Your Business, Leave My Relationship Alone – Female Rapper, Eva, Warns Iyanya was last modified: May 28th, 2017 by Arinze Ago