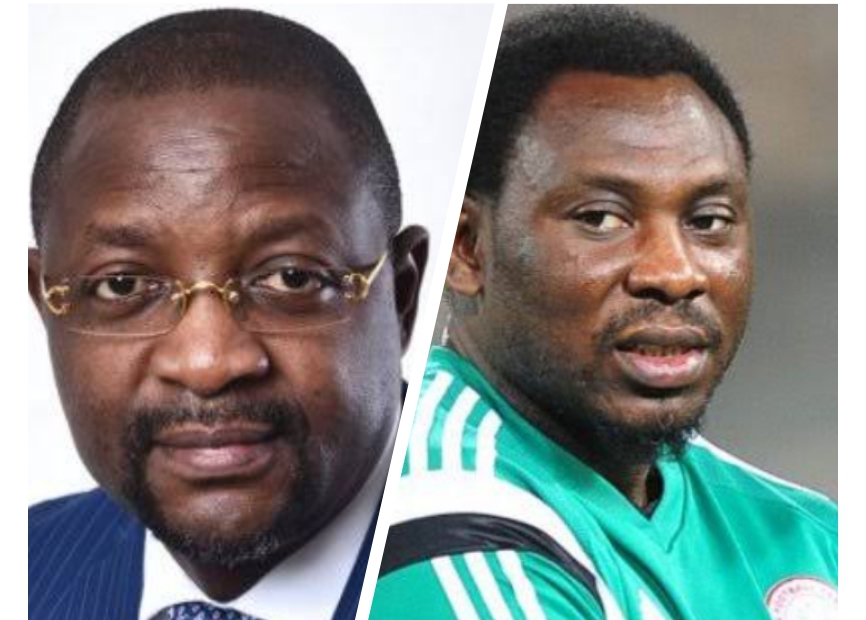 Minister of Youth and sports Development Mr Sunday Dare alongside two ex Internationals Daniel Amokachi and Joseph Yobo were listed in the Hall of Fame Award for the year 2020 for their impacts in sports Development.
The Minister was applauded for initiating the Sports Industry Thematic Group of the Nigeria Economic Summit Group (NESG) and the breakthrough in creating the Nigerian Sport Industry Policy.

This would completely revolutionize sports in Nigeria both in participation and revenue when fully operational. The impact would be felt hopefully in growing the national economy.

On his part, Amokachi was singled following his appointment as Special Assistant to President Muhamadu Buhari . His appointment is expected to impact positively on sports Development.

For Yobo, his appointment as Assistant National Team coach to Rohr is expected to restore confidence of home- based players and instil confidence in indigenous coaches.

The award is a result of the Independent poll conducted by former Athlete Enefiok Udo -Obong.

For playing an ignoble role and bringing sports to disrepute, Former President of the Atheletics Federation Shehu Gusau was listed in the Hall of Shame, just like the Nigeria Football Federation for ‘rewarding’ the mediocrity of Gernot Rohr with a new contract which even includes a protection fee of 2 million dollars.

Also, The League Management Company (LMC) for being unable to organize a proper league and for failing to make the league more competitive on the continent.

Gusau and his rejected AFN stands out like a sore thumb for putting self-interest ahead of the interest of the sport. While he fights to keep his position in a board that obviously rejects him, his opposition to settlement, undemocratic decisions and his divisional stance have stunted the growth of athletics in the country.

While athletes crave for support and competition, his attention has been in the national court suing to try and legitimatize his position. It has been counterproductive for athletes as a whole as there still remains uncertainty in the running of the Sport in Nigeria.

A CLARION CALL TO THE ELITES: SAVE...