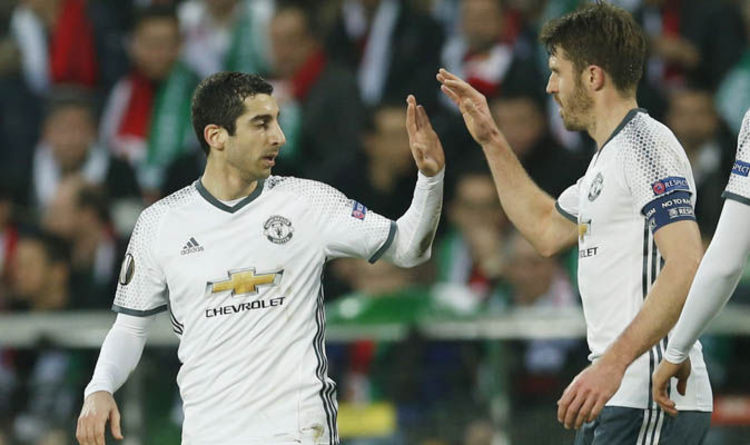 Manchester United Vice Captain, Chris Smalling has heaped praises on Henrikh Mkhitaryan and his recent return from injury and feels he has been “brilliant” since his move to Old Trafford.

Mkhitaryan, 28, initially struggled to find his feet in Manchester after joining from Borussia Dortmund, but has developed into a key figure in recent months.

United face Rostov at Old Trafford in the second leg of their Europa League last-16 tie on Thursday, with the tie evenly poised at 1-1 after the Armenia international’s goal in Russia, which was his fourth in 2017.

“Yeah, we are glad Miki is back, it is great,” Smalling told United Review.

“It is great to have such great attacking options and Miki has been brilliant for us, because he is a threat that is very hard to defend against.

“As a player, he is very unpredictable. Every player in the world knows who Henrikh Mkhitaryan is. But it is one thing to know him and another to deal with him. I am lucky that he is on our team and I am not playing against him.

“He is often thinking one step ahead [in training], whether it is a pass or a dribble. He is deceptively quick as well and he is probably quicker with the ball than he is without, which is rare for a lot of players.

“Mkhitaryan has been brilliant for us” – Michael Carrick Heaps Praises On Manchester United Forward was last modified: March 16th, 2017 by Damilare Salami